2 Day Tour to Kandy & Sigiriya from waskaduwa
By: OTN World 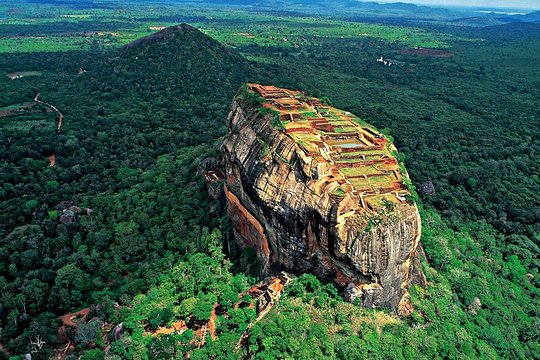 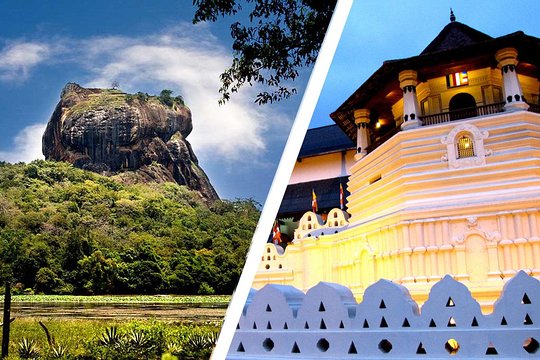 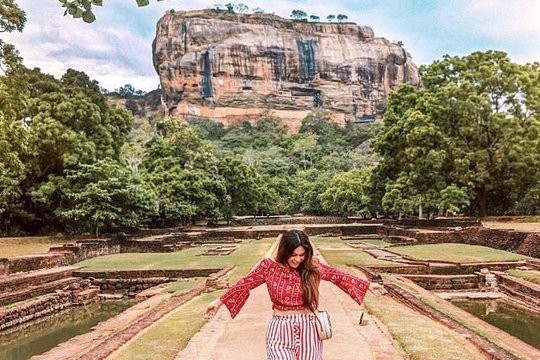 Pass By: OTN World, 30 Deanston place, Colombo 00300 Sri Lanka
When you travel as a OTN World client, you can rest assured knowing that we will strive to take care of any problem you may encounter. With emergency support available 24 hours a day, help is just a phone call away. We are committed to resolving any emergency that may arise and will do our utmost to satisfy immediate needs.

Stop At: Kandy View Point, Rajapihilla Mawatha, Kandy 20000 Sri Lanka
Climb the hill by Kandy Lake to reach Kandy view point and receive a view of the city that cannot be beaten. As a popular tourist spot, the area brings in a large amount of peddlers, though they often sell sub-par items. The area also has a reputation for high pickpocket activity, so keep an eye on your belongings. From the hill, you can enjoy great views over the lake and the city as a whole.

Pass By: Kandy Lake, Centre of Kandy City, Kandy 20000 Sri Lanka
Kandy Lake, also known as Kiri Muhuda or the Sea of Milk, is an artificial lake in the heart of the hill city of Kandy, Sri Lanka, built in 1807 by King Sri Wickrama Rajasinghe next to the Temple of the Tooth. Over the years, it was reduced in size. It is a protected lake, with fishing banned

Stop At: No. 72 Sangraja Mawatha Kandyan Cultural Centre, Kandy 20000 Sri Lanka
Kandy cultural show – Sri Lanka, a country rich with culture & tradition offers a very vibrant and unique show of Sri Lankan traditional dances, in the form of Kandy cultural show. The beat a dancing from \"Salupliya\" depicting several demons, \"Thelme\" vibrant expression of low country rhythm, Fire and Harvest dances accompanied by Ceremonial Drums and the Drum Orchestra rising and falling to the lively tempo. As many as 12 different folk and traditional dances are performed by Kandy lake club dance troop within the span of one hour.
Duration: 1 hour

Stop At: Sigiriya The Ancient Rock Fortress, Sigiriya 21120 Sri Lanka
Sigiriya or Sinhagiri is an ancient rock fortress located in the northern Matale District near the town of Dambulla in the Central Province, Sri Lanka. The name refers to a site of historical and archaeological significance that is dominated by a massive column of rock nearly 200 metres
Duration: 4 hours

Stop At: Dambulla Cave Temple, Jaffna Hwy, Habarana 50150 Sri Lanka
Dambulla cave temple also known as the Golden Temple of Dambulla is a World Heritage Site in Sri Lanka, situated in the central part of the country. This site is situated 148 kilometres east of Colombo and 72 kilometres north of Kandy. Dambulla is the largest and best-preserved cave temple complex in Sri Lanka
Duration: 1 hour

Stop At: Kaudulla National Park, Galoya Road, Habarana 51375 Sri Lanka
A safari in the Kaudulla national park in Sri Lanka is a bucket-list aspiration for many tourists, which mean the place is an absolutely incredible wildlife spectacle. Located in the historic city of Polonnaruwa in Sri Lanka, Kaudulla national park presents an ample of opportunities for travellers to spot majestic elephants in their natural habitats. In addition to the elephants, sambar deer, Sri Lankan axis deer, chevrotain, wild boar, Asian spoonbill, grey-headed fish eagle, painted stork and openbill stork are common visuals at the park. Aside from these, one could rarely capture the glimpse of leopard and sloth bear in the forest. Going on a bumpy ride through an evergreen forest of Kaudulla national park along the small trails is a great adventure, wildlife enthusiasts can’t say ‘NO’ to. The Kaudulla reservoir being the life blood to the wildlife of the park, attracts herds of elephants during the dry season from nearby Minneriya, Wasgamuwa and Somawathiya national parks.
Duration: 4 hours

It was designated as a biosphere reserve in 1977. The forest reserve is a very important habitat of the Sri Lankan elephant. The animal is known for its migratory behavior and does so especially in the dry season between the forests situated around the area.
Duration: 4 hours Matt B
Dubai, United Arab Emirates
203
Interesting tour around the port terminal, guide very friendly and accomodating
The guide made a real effort to show us interetsing little things that were sometimes off the beaten track. One…
Read more 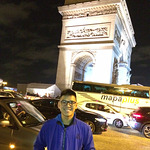 khanghuynh193
610
one day private tour to Sigiriya and Kandy
I founded the OTN world from the tripadvisor, i contacted Deva via whatsapp.We did not have much time to explore…
Read more

StevenThomas676
10
Historical trip to Sri Lanka
My friend is very fond of history. On her birthday I decided to gift her visit to the temples of Sri Lanka. So I…
Read more

AxelLee67
10
Family Trip
We (my family and I) had a visit to Sri Lanka! Directly from the earliest starting point, we had extraordinary…
Read more

ZackTaylor66
10
Quest The Thirst Of Learning
My friend and i just returned from the most mystical week in Sri Lanka, and I can't express gratitude toward OTN…
Read more

AbigailAdele
10
Two Days With My Husband
I just came back from a tour to Sri Lanka with my husband. It was a mesmerizing tour ever. The driver of OTN world…
Read more

Loganharrison
10
For Forests Lover
Sinharaja forest reserve is the best place ever to visit as my best friend, and I are mad about forests, and it’s…
Read more

ThyairDelan
10
A Memorable Visit To Sri Lanka
Undoubtedly, It was an awe inspiring visit to Sri Lanka where I along with my wife and children had been residing…
Read more

rehmat A
10
Memerizing Trip With Family
Just came back from my visit of Sri Lanka. My parents and my siblings accompanied me to this astounding and worth…
Read more

saliha1234
10
My Best Travel Ever
We have had a amazing trip. He was polite, informative, fun, always has a smile. Was willing to do what ever we…
Read more

jhoin_istran67
10
Wonderful Hotel
I am extremely satisfied on my Stay at Hotel. Hotel is ideally located with all tourist attractions with in short…
Read more

rahulb03
10
For Elephant Lovers
The park is great by nature. Sure, you never have the guarantee to see the animals, if you want to guarantee you…
Read more

Voyager139112
10
complaint of tour
Don't use OTN world for your tours in Colombo mine was booked thru Viator worst tour No pick up, fill in driver…
Read more
Key Details
Why Book on TripAdvisor?
More options from OTN World
See all
Private Colombo City Tour
from US$20.00*
Day tour to bentota from negombo
from US$58.00*
Vist To Adam's peak From Colombo
1 Review
from US$112.00*
Galle Day Tour With Water Sport In...
from US$99.00*