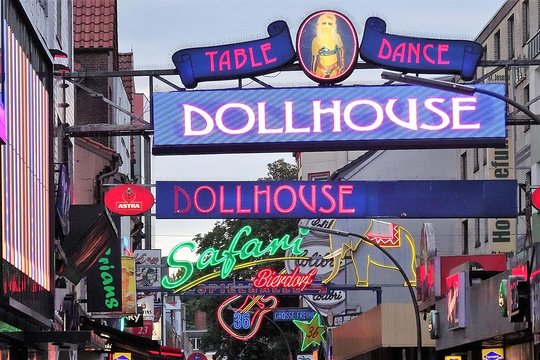 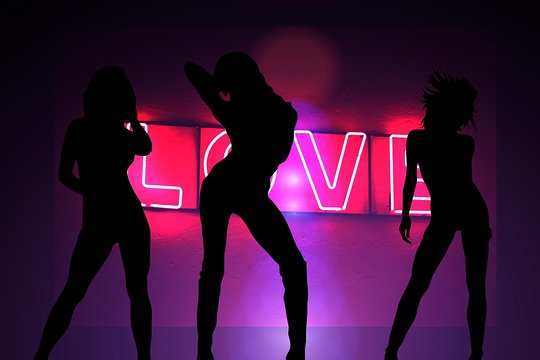 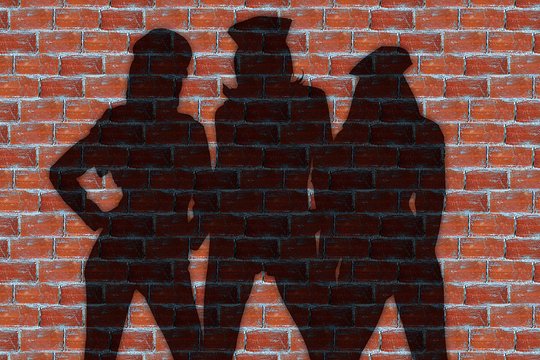 Select Date and Travellers
From
US$23.71
Date
2 travellers
Free Cancellation up to 24 hours in advance
Reserve Now & Pay Later
Low Price Guarantee
Overview
What to Expect
Itinerary
This is a typical itinerary for this product

The Reeperbahn is a street and entertainment district in St. Pauli district, centres of Hamburg's nightlife and also the red-light district. In German, it is also nicknamed die sündigste Meile (the most sinful mile) and Kiez.

Zur Ritze is a pub with boxing ring in the cellar in Hamburg-St. Pauli. The pub gilds as the most famous pub St. Paulis. Even today, the Ritze is used as a boxing ring. There also Dariusz Michalczewski, Henry Mask, Vitali and Wladimir Klitschko and Ben Becker had trained.

The street has become famous thanks to the former nightclubs like Salambo, Safari, Colibri, Regina and others.

The Davidwache is the building of the Hamburg Police Commissariat 15 and has become the most famous police station of the Hanseatic city and beyond, especially through film and television.

Zur Goldenen Handschuh is a pub in the Hamburg district of St. Pauli near the Reeperbahn. The club was founded and named in 1953 by the boxer Herbert Nürnberg, who had won the European Boxing Championships in 1937 and 1939 at the lightweight ("Golden Gloves").In the 1970s, the Hamburg serial killer Fritz Honka was a regular guest, who met his victims in the "Goldenen Handschuh".
Show More
Important Information
Departure Point
Beatles-Platz, Hamburg, Germany
Departure Time
7:00 PM
Duration
2h
Return Details
Returns to original departure point
Inclusions
Exclusions
Show More
Additional Info
Cancellation Policy
For a full refund, cancel at least 24 hours in advance of the start date of the experience.
1Review0Q&A

Write a review
Traveller rating
Traveller type
Time of year
Language
Selected filters
Clement F wrote a review 20 Jan
1 contribution
Great tour with very friendly guide!
We had an amazing time on this tour with Maila, even though it was very cold that day, we still absolutely enjoyed our time there discovering the area and its history! Maila was super nice and answered any of the questions we had during the visit. Definitely recommend! :)
Read more
Date of experience: January 2020
Helpful
Share
Response from SIGHTSEEINGFORYOU, Guest Relations Manager at English guided tour Reeperbahn "Redlight and Offence"
Responded 2 days ago
Dear guest, thank you for taking the time to give us a wonderful rating like yours. It's nice to know that you enjoyed our tour. With best regards,
Read more
About the operator

daaXa_
10
Great tour with very friendly guide!
We had an amazing time on this tour with Maila, even though it was very cold that day, we still absolutely enjoyed…
Read more

H. Nilüfer K
70
Incredible Harbour
Unfortunately the whether was awful, raining and cold. This is why one has to check the whether well before doing…
Read more

JFBShepherd
10
Hamburg Hop on Hop Bus
Very nice people, but they only give the live commentary in German. It must have been a good tour because the…
Read more

HamburgEngTourist
12
English Tourists Beware!!
Save your money and don't go on this tour! The websites and guides tell you that they offer English tours but the…
Read more

Greg26_PP
Brisbane, Australia
101
Well worth it....
Firstly, the bus tour covered a lot of ground and was great....my driver Andy was super helpful thank you. The…
Read more

Derbygirl1973
Derby, United Kingdom
9350
Not good value
In fairness, I should have researched the hop on hop off tours better, but I discovered too late that this tour…
Read more

bilal_malik78600
Kuala Lumpur, Malaysia
42
Great view
Had a great trip over and back on the cable car. Great views of London and the city. Would recommend to anyone.
Read more

sandrahemstead
Naples, Florida
87
This is not an English tour!
I booked the hop on hop off in English but the guide was not fluent. He gave the tour in German. After a long…
Read more