Day tour to Ancient Olympia,Kaiadas,Temple of Apollo,Ancient Sparta and Mycenae
By: Theodores Travel 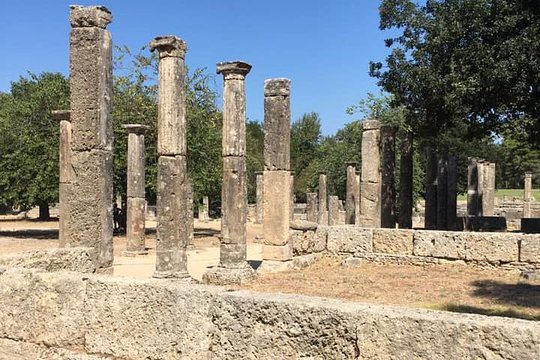 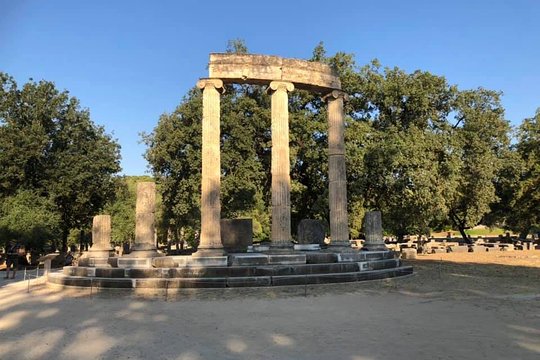 This product is unavailable to book via Tripadvisor. Contact the supplier for availability.
From
US$673.29
Free Cancellation up to 24 hours in advance
Low Price GuaranteeNo Booking Fees
Overview
Great experience, Mercedes cars, comfort and safety transportation under high standards,these are some of the benefits of booking a private transfer with as.Also we can only offer a local guideling on the sites we are going to see, because we are not allowed to guide you inside of them. But, we can provide you with lots of informations about the sites we are going to visit. If we can combine it with our passion to show to our travelers our heritage, we think this is the recipe of success. To show to world our amazing and majestic archaeological sites, landscapes etc.
What to Expect
Itinerary
This is a typical itinerary for this product

Visitors will have the opportunity to see up close the site of the Ancient "Sacred Forrest" which was the name of Ancient Olympia.
Built on the North riverbank of Alfeios, it consists one of the greatests World Heritage sites (UNESCO), as well as an icredible natural landscape that evolved to the biggest religious sanctuary of the Ancient World.

Like Time Travellers, we are magically transported to the site where the Olympic Games were held, the most important national event of Greeks, which according to tradition and myths began long before 776 B.C. (the official starting date/point) from Pelopa who won in a race track the King of Pissa, Enomao. Older indications of human presence in Ancient Olympia, were discovered the 4rth millenium B.C. to reach its peak period the 5fth century B.C. during which, politics, philosophers and artists were gathered to spread their ideas.

We will visit the Zeus Temple where the 12 meter high, Golden and Ivory Statue of Zeus was exposed (one of the 7 Wonders of the World) we will see the Philippeio: the unique circular construction, a gift to Zeus from the Great Alexander's father (the King Philippos the Second) a temple which was completed by Great Alexander himself. We'll also visit the Ancient Olympic Stadium,the Palaestras (the Athelic Field where wrestlers fight) Hera's Temple, Ancient Olympia's Museum, the recunstructions of the Romans who allowed the conduct of the Games without interruption until they ceased in 393 AC. by the edict of Theodosius I, Emperor of Byzantium.

It was a pit or underground cavern at Sparta, into which state-prisoners or their corpses were thrown. We are going to see its majestic landscape and do a peregrination.

At an altitude of 1130 meters between Ilia, Arcadia and Messinia, it resists one of the most important and best preserved monuments of ancient Greece.
The only one that combines all three architectural rhythms (Doric, Ionic, Corinthian) made by the Parthenon architect, Ictino, after suggestion by the priests of the Delphi oracle.
The UNESCO World Heritage Site was dedicated by the Figals to Epicurean Apollo, that is to the assistant and supporter of war and disease.

We visit the ancient city of Sparta, where we will see its Acropolis, its ancient Theater and some Roman-era houses.
Ancient Sparta was built on the banks of the Eurotas River in Laconia, southeast of the Peloponnese, and became known as a political-military force in Greece at the beginning of the Archaic period (800 BC to 479 BC) to reach its decline after its victory in the Peloponnesian War over Athens and its allies, where it imposed until 371 BC. her hegemony. That was the year when Sparta was defeated by the Thebans.
In 362 BC it completely lost its power, along with the rise of the Kingdom of Macedonia, to be conquered later on by the Romans.
An important creation that the visitor will have the opportunity to admire closely, is the statue of Leonidas in which his entire outfit is depicted in the battle of Thermopylae in 480 BC. during the second invasion of the Persians in Greece, after their defeat 10 years ago, in Marathon.
We will also see the tomb of Leonidas (whose corpse, after 50 years, was transported and buried in Sparta in 430 BC), the statue of Lycurgus (the legislator of ancient Sparta who established the system of military education of the Spartans' society, according to Apollo's Oracle in Delphi)
we will see the Museum of the Olive Tree and the Kaiada, where - contrary to the prevailing myth - official investigations, starting from 1983 to the present, have shown from the bone findings that there were no Spartan children with birth defects that were executed, but adult males and females instead (traitors, sentenced to death, criminals and prisoners of war).

Perseus establishes the most important and richest palace center of the Late Bronze Age in Greece, Mycenae: The Kingdom of Mythical Agamemnon.
The Gate and the Tomb of the Lions, the tomb of Agamemnon ("Treasure of Atrea" in excellent condition and most impressive of the 9 Mycenaean tombs) the Cyclopean Walls of the Mycenaean Acropolis, are some of the monuments that enchant the traveler.
The prime of Mycenae began in 1.600 BC. and lasted until 1.110 BC.
The descendants of Perseus ruled for three generations.
The rebuilding and fortification of the city began in 1350 BC.
When Pausanias visited Ancient Sparta in the 2nd century A.C., it was already ruined.

Duration: 1 hour
Show More
Important Information
Departure Point
Traveler pickup is offered
We pick up all of our travelers inside of the region of Attica, wherever they are.

Duration
14h
Inclusions
Show More
Additional Info
Cancellation Policy
For a full refund, cancel at least 24 hours in advance of the start date of the experience. 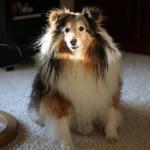 Mark P
Ames, Iowa
1735
Luxury at an Affordable Price
I can't imagine a better way to see Athens than with Theodore. From the moment we stepped off the plane, Theodore…
Read more

pveisi
Cardiff, United Kingdom
10
Great in Athen
I have been in athen , had a great time I had tour with theodores travel Very lovely guys and very help full …
Read more

emmiam
Wijchen, The Netherlands
126
Fantastic trip!
Theodores was AMAZING. I booked this trip for my son's 15th birthday, to learn about his heritage. Not only did…
Read more