Full day private tour to the Szalajka Valley and Eger 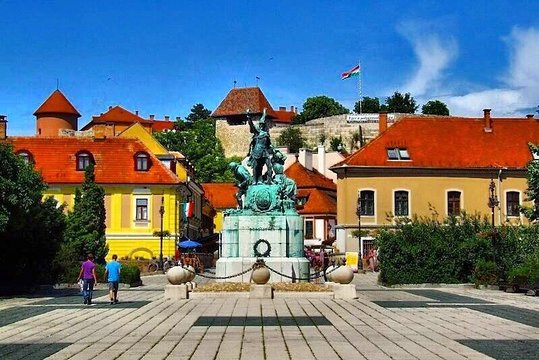 Select Date and Travellers
From
US$373.20
Date
2 travellers
Options
Select tour language
Low Price GuaranteeNo Booking Fees
Overview
What to Expect
Your private tour will begin at your hotel, where your very friendly and knowledgeable guide will pick you up and begin your tour journey to Szilvásvárad. Surrounded by a medium-sized mountain range, the valley took the name Szalajka after the potash burning that used to be the main resource of living for the residents of Szilvásvárad in the 19th century. The Latin for potash is sali alcali, hence the Hungarian szalalkáli.

It is no accident, nor the attraction of the Veil Waterfall that has made Szilvásvárad and its surroundings one of

the country’s most popular hiking destinations. In 1984 Prince Philip escaped from its bodyguards to explore the beauties of the area alone. After a pleasent walk, you will understand everything, it is awsome.

Later on your guide will take you to the "Valley of the Beautiful Woman" – An area of Eger famous for its red wines (Bikaver or Bulls Blood) and known for its wine cellars. You will visit a cellar, where you will have the opportunity to taste the best 3 wines of the region and after you can go for lunch (not included).

Alter lunch you will go to Eger. Eger is the county seat of Heves, and the second largest city in Northern Hungary. The town is located on the Eger Stream, on the hills of the Bükk Mountains. Eger is mainly known for its castle, thermal baths, historic buildings (including the northernmost Turkish minaret) and, above all else, the best Hungarian red wines.

After arrival you will have a sightseeing in Eger visit the most important spots. The Castle of Eger, noted for its successful defence against the 1552 Ottoman invasion. The 17th-century minaret. The northernmost Turkish minaret in Europe is 40 meters high and one of only three survivors in Hungary. It can be climbed for a good view of the town centre. Dobó tér. The Baroque Minorite Church (1758–67), built to the designs of Kilian Ignaz Dientzenhofer of Prague with original ceiling frescoes by Márton Reindl, is the focal point of the town's most imposing square, flanked by the Town Hall and the old priory buildings, part of which contain the Palóc Museum, showing the artefacts of a distinctive regional ethnic community.

After so many wonderful spots your tour is over and you will drive back to Budapest with golden memories of the region,
Show More
Important Information
Departure Point
Any hotel, motel or private accomodation in Budapest
Departure Time
8:00 AM
Duration
10h
Inclusions
Exclusions
Show More
Additional Info
Cancellation Policy
All sales are final and incur 100% cancellation penalties.