Save
Share
Overview
What to Expect
Day 1 : Fez - Ifrane - Midelt - Ziz Valley - Merzouga.
This is a long driving day, where we will meet different colors of the kingdom by leaving the old Moroccan city of Fes. On the way we will pass through the most modern and clean city in the country Ifran. This Berber name of Ifran means caves and it is nicknamed in Morocco as a little Switzerland since it is a very green town and is a ski resort in the Middle Atlas region of Morocco because of its high altitude at 1665 meters. Ifran is very known as well by The Brotherhood private university, established in 1997 by The king of Morocco Hassan II and the king of Saudi Arabia Fahd. Where all classes are taught in English, it is an international university. Lunch will be scheduled in a Berber village called Midelt which is situated on the foothills of the eastern part of the High Atlas Mountains. From vast plateau we start crossing up those tough mountains which are still settled by a big Berber community. The landscapes here includes palm tree oases at Jbel Ayachi (at 3747 m) before driving down the curves and join the pre-Saharan zone passing first by Errachidia and Erfoud, which is famous for its pottery and the interesting fossil quarries. Fossils are a major industry in Erfoud, some 350 million years ago the region around Erfoud was a part of the huge ocean. Heading up to the red colored sand sea dunes of Erg Chebbi at Merzouga via Rissani, the hometown of the Alaouist dynasty, where Moulay Ali sheriff started to unify Morocco under his red flag in the beginning of the 17th century. From a vast plateau you will get impressed by the huge sand dune of Merzouga appearing from the horizon. in the evening we go on a camel ride about one hour and half to meet one of the most fascinating sight we will ever seen, the superb sunset in the middle of the high sand dunes of Merzouga. Overnight in Berber tented desert camp and enjoy a wonderful stars view.

Day 2 : Merzouga - Todra Gorges - Dades Valley - Dades Gorges.
If you wake up early enough, you can see the spectacular of the sunrise, when the color of the dunes and the play of shadow are awesome.then taking camel again for going back to the hostel shower then departing to see plenty of nomadic black people .We shall stop by a nomadic family to have tea and see what a nonadic life looks like . let’s discover the nomadic life of Touareg people by visiting Alkhamliya, a village where nothing has been changed through centuries.
Visiting Errisani and the Mausoleum of the founder of the Alaouite Dynasty of Morocco, Moulay Ali Chrif in the 17th century. This silent town was the ancient capital of Tafilalet and its location as a crossroads between north and south brought the city to an important status of a former major caravan center. Up to now Rissani remains a major commercial center in the region, with a large souk, particularly lively today on Tuesdays, Thursdays and Sunday. It was noted for its leather and goat skin trading in ancient ages.127 km from Rissani the great canyons of Morocco Todgha Gorges are situated beyond the central high Atlas Mountains. Here, the contrasting landscapes remind visitors of the Colorado, with its high plateau, its gorges and great canyons, and its peaks sometimes splintered by erosion. Several peaks in this area exceed 4000 m, with Jbel Saghro 2500 m and Jbel Mgoun at 4068 m being the highest peak in this part of the High Atlas. The area is populated by Berbers. Here you can enjoy a hike among those fabulous canyons.
From the great canyons of Todgha we go along the road of 1000 Kasbahs, since there are enormous Kasbahs on both sides of the road. Some of those old fortified houses are restored but unfortunately a lot of them are ruins. A visit to one of those Kasbahs is scheduled by seeing Amridil Kasbah. We pass a town called Boumalen situated on the edge of Dades valley which rises in the High Atlas Mountains, giving life to a huge Berber community by its rich agriculture. Along this valley, then visit Todra Gorges and check at the hotel there.

Day 3 : Dades Gorges - Valley of Roses - Ouarzazate - Ait Ben haddou - Marrakech.
another valley called valley of roses appearing with the green colors of its Alfalfa plants, olive trees, fig trees and grapes. This valley gives birth to a rose from which locals produces different cosmetic products like soap, perfumes and skin creams. Locals here celebrate this rose by organizing a national festival each end of April. Getting to Ouarzazate (Hollywood of Africa, Noiselessly town, The door of the desert), is a city situated in the middle of a bare plateau, south of the High Atlas Mountains. It is mainly inhabited by Berbers, who constructed many of the prominent Kasbahs and building for which the area is known. One of those building is Taourirt Kasbah diverted in 17th century. Why this town is nicknamed as Hollywood of Africa? Simply because it has been noted as a film-making location, with Morocco’s biggest studios inviting many international film companies to shoot their movies like: Lawrence of Arabia (1962), The Living Daylights (1987), The Last Temptation of Christ (1988), The Mummy (1999), Gladiator (2000), Kingdom of Heaven (2005), Martin Scorsese’s Kundun (1997) and Babel (2005)
30 km from Ouarzazate there is the fortified city of Aït Ben Haddou, built in the 11th century. Once up on a time this Kasbah was the former caravan route between the Sahara and Marrakesh. It is situated on a hill along the Ounila River and has some beautiful examples of Kasbahs, which unfortunately sustain damage during each rainstorm and windstorms. Most of the town’s inhabitants now live in a more modern village at the other side of the river; however, around five families are still living within this Kasbah.Aït Benhaddou Kasbah has been a UNESCO World Heritage Site since 1987 and several films have been shot there, including Lawrence of Arabia (1962), Time Bandits (1981), The Jewel of the Nile (1985), Kundun (1997), Gladiator (2000) and Alexander (2004).From this beautiful fortified Kasbah.
we head to Marrakech via high atlas mountains Tizn Tichka Pass (2200 meter of altitude) During the journey we will enjoy many beautiful scenes of the Berber villages, elevated views of the mountains.
after enjoying the spectacular mountains we get to the magical city “Marrakech” where your trip is up to end.
Show More
Important Information
Departure Point
Fes, Morocco
Departure Time
7:30 AM
Duration
3 days
Return Details
Marrakesh, Morocco
Inclusions
Exclusions
Show More
Additional Info
Cancellation Policy
For a full refund, cancel at least 24 hours in advance of the start date of the experience.

Travel276664
Bucharest, Romania
10
High Atlas and the Berber culture
Omar,was our guide for Three Valleys Trip from Marrakech. Omar is a great person and a very careful driver. In…
Read more

Annabel H
London, United Kingdom
20
Awesome, authentic and inspiring trip to the three valleys.
Omar was our guide and chauffeur whilst staying in Marrakech. He is 💯 reliable, kind, friendly and knowledgeable.…
Read more

kathy1589
Bucharest, Romania
42
Nice trip
A good travel agency in Morroco. We have been in a shared trip to Ouzoud Waterfall and everything was good. The…
Read more

MihaiH34
40
Kind, knowledgeable, respectful and a very cool guide, overall!
Omar was our guide for the two nights trip to the Merzouga desert and we had an amazing experience. He is a very…
Read more

MariettaMM
30
Best experience ever
Me and my friend visited Marrakech and went on a camel ride to a nearby desert. It was amazing. Our tour guy…
Read more

MirceaBrus
Bucharest, Romania
147
Never met such a cool guide
We chose Omar for the 2 nights desert trip: -Very nice driving (you can sleep in the car like in the plane); -The…
Read more

israrm1993
Vadodara, India
38060
Nice
Safari desert is Morocco one of the nice Safari tours in the world I love with my loved ones and great atmosphere…
Read more

shabaz h
10
Trip to the Atlas
Thank you very much Abed and Ali for your excellent service - courteous, very helpful , knowledgeable and showed…
Read more

DC5005
Dusseldorf, Germany
31
Wonderful Daytrip to the Ourika Waterfalls and the Medina
We (group of 6) had perfect day with Omar. He was reliable, very friendly and knowlegeable. The trip showed us a…
Read more 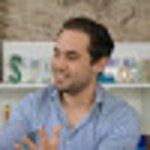 robertalten
Dusseldorf, Germany
31
Reliable, friendly, safe. Recommendation!
We were very happy over the course of a whole week. Spontaneous changes in our schedule caused no problems, were…
Read more

Toon J
10
Nicee!
Very good experience! Abdelhak is a great driver and a great friend. If we come back we want him again!
Read more

jacutu
10
Great trip
We went on a two days tour in Safari and it was really nice. We saw a few cities, ride the camels and spent a…
Read more

celineblauwers
Ghent, Belgium
1127
Perfect
If you look for a perfect trip, you can trust Omar with your eyes clossed. Safe driver, helpfull, respectfull,…
Read more

abhanane
Frankfurt, Germany
10
Best Trip ever ♥️🇲🇦🐫☀️✨
It was the best Trip ever 👍🏼✨ Reilable and good organization! Omar is the best one... the sahara Trip was…
Read more