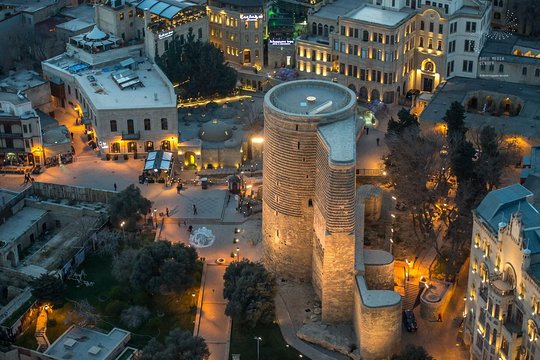 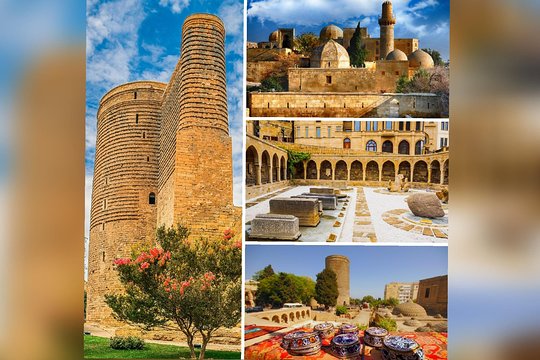 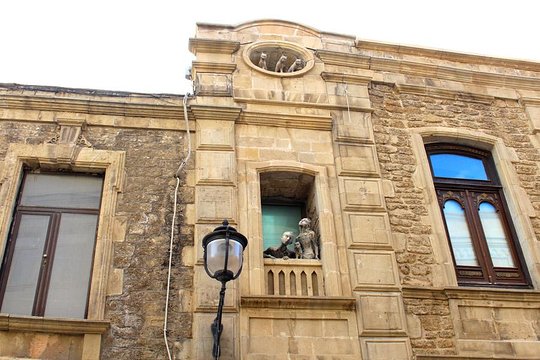 Discover Baku’s ancient Old City (İçərişəhər).In December of 2000, this popular destination became the first ever UNESCO World Heritage-listed site in Azerbaijan .You will meet its most photogenic and friendly residents, the community cats. Many restaurants, cafes, souvenir vendors and small hotels, but still many narrow cobbled streets to admire what Baku was many centuries ago. Our professional and friendly guide will tell you about rich history of the oriental side of Baku.The tour starts in the front of Double Gate.Firstly you can see Workshop Ali Shamsi, Miniature Books Museum, the gigantic collection of teeny and tiny books.Next, you will see the most ancient building not only in “Icheri-Sheher” but in the entire Azerbaijan is Mohammed Mosque (named after architect Mohammed Abu-Bakr) also known as Synyk-Kala.The Palace of the Shirvanshahs will be your next destination that was built in the 15th -century which is described by UNESCO as "one of the pearls of Azerbaijan's architecture".Then,the Maiden Tower -12th-century monument.You will have an opportunity to discover the oldest park Philarmonia Garden (old name of Governor's Garden) and Monument to Lovers and Cats

sufairs2020
43
City tour😍
Its just awesome baku city tour Love it. We have covered all in a period of time. Best place to visit
Read more

sufairs2020
43
Road to Heaven
I really got amazed with these trip..its mind-blowing place, cant express my feelings . I didnt even know hours…
Read more

T9534QPfrancescas
11
Gobustan trip
Had an amazing tour with Sam. Very knowledgeable and saw some really interesting places. Thank you very much!
Read more

sufairs2020
43
Ghobustan trip
We had awesome experience in both ghobustan and yanardag trip with our well experienced tour guide Mr sam...thanks…
Read more

Mohiuddin123
35
Peak of the ice mountain in gabala.
Enjoyed snow at the top of a mountain travelling by a cable car. Suspension bridge was also good and visited the…
Read more

3mmoorii
12
Beauty of quba
This was an amazing tour. Once we arrived at the Gabala,Azar toured us through the beautiful valley, waterfall and…
Read more

Stefan642
11
Amazing
An amazing trip to Quba and Khinaliq. The tour was well organised, I was looked after and the mountain scenery was…
Read more

Mohiuddin123
35
Value for money
Excellent service. Value for money. Seems the company and guides first preference is to provide quality and…
Read more

Shaoorkhan
11
Fantastic Experience
I was introduced to AZP Travels in Nizami street, and because of the amazing discount they offered on Gabala and…
Read more 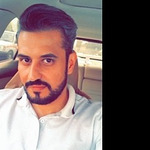 mohammedaH4429QY
Ras Al Khaimah, United Arab Emirates
34
Antique Guba
There is no description I can describe about the beautiful and surprising city with its historical heritage . …
Read more

SeifuA3
11
Excellent trip
I had a private tour with Samir and it was great. Knowledgeable guide with flexibility to spend as much time in…
Read more

Lakshmishree317
22
Quba visit
The tour was well organized and provided lot of insights into that Quba region of Azerbaijan. The tour guide (…
Read more 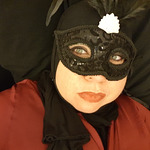