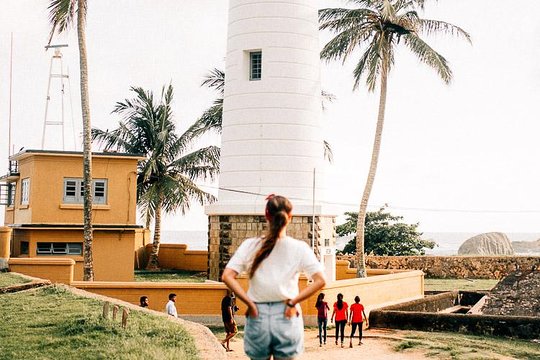 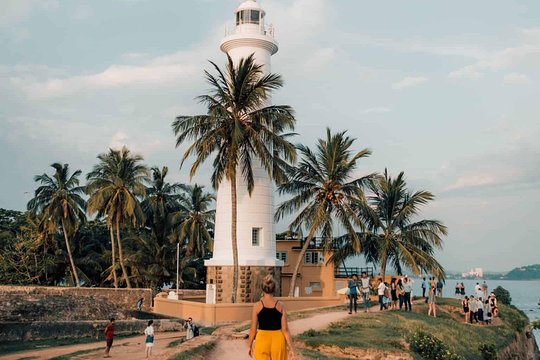 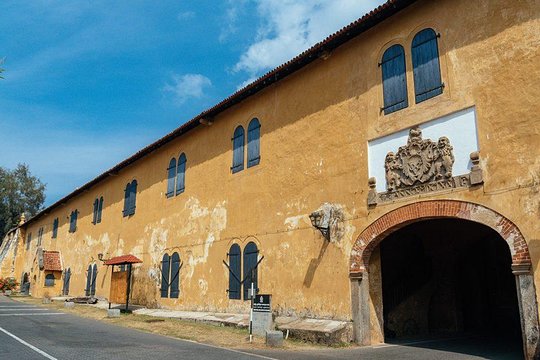 Select Date and Travellers
From
US$225.00
(Price varies by group size)
Date
2 travellers
Free Cancellation up to 24 hours in advance
Low Price GuaranteeNo Booking Fees
Overview
What to Expect
Itinerary

Stop At: Galle Fort, Church Street, Galle 80000 Sri Lanka
Fort Galle (Galle Fort) is one of five historic sites of Sri Lanka, a UNESCO world heritage site. Therefore, it is absolutely mandatory place to visit, especially if you stay on the southern beaches. This is the largest fortress in Asia built by Europeans. Today the Fort is a Metropolitan area called old town. Actually within the Fort is also tourist district of Galle. Surrounded by the walls of the Fort there are hotels and shops, cafes and restaurants, offices and banks, there is a market. But life here flows like normal.
Duration: 30 minutes

Stop At: Maritime Archeological Museum (Galle), Queen Street Duch fort, Galle 80000 Sri Lanka
This museum displays exhibits on the lives of all living beings in the marine environment, ranging from tiny single-cell life forms to the largest living being, the blue whale. It displays the habitats of all these beings, including mangroves, salty wetlands, sand dunes, beach, sea grass and coral, and the eco systems sustaining all these living creatures and their inter-relationships, impacting on the bio-diversity of the entire globe. This museum was almost totally destroyed by the tsunami of 26th December 2004. It was re-opened for public viewing in 2009.

Stop At: Dutch Reformed Church, Church Street, Galle 80000 Sri Lanka
Built in 1752 by the Dutch colonists, this is one of the oldest Protestant churches still in use on the island. Built in the Doric style of the period, the church is very similar to the Wolvendaal Church in Colombo. Located down Church Street in Galle Fort, the Dutch Reformed Church was completed in 1755 and has a gabled roof on the eastern and western walls. Built on the site of an earlier Portuguese convent, this church also has a small graveyard within its premises.

Stop At: Dutch Hospital Shopping Precinct, Hospital St Old Hospital Bldg, Galle 80000 Sri Lanka
The building was built as a hospital by the Dutch; it has been used for several different purposes, over the years. It is believed to have existed since 1681. The Dutch established the Colombo Hospital to look after the health of the officers and other staff serving under the Dutch East India Company. The hospital's close proximity to the Harbor allowed it to serve Dutch seafarers.
Duration: 1 hour

Stop At: Galle National Museum, Church St, Galle 80000 Sri Lanka
The Galle National Museum is established in the oldest Dutch building of the Galle fort, constructed in 1656.
To aware the public on traditional cultural heritage of Southern Sri Lanka, the Department of National Museums developed this museum and opened to the public on 31st March 1986. Galle National Museum displays a wide range of archaeological and anthropological objects inherited in Southern region. Collection of traditional masks used in various rituals, collection of ornamental objects made up of turtle shells, ancient wooden carvings and a Beeralu collection are important visitor attractive exhibits in the museum. The influence of Dutch is depicted by the equipments used in Dutch ships came to the Galle harbor. Large water vessels, V.O.C. porcelain objects and arms and weapons used by the Dutch soldiers are among the exposition.
Duration: 1 hour

Meals included:
• Breakfast
• Lunch
No accommodation included on this day.
Show More
Important Information
Departure Point
Traveler pickup is offered
We pick up all travelers from any Hotel In Negombo