Two Days Tour to Trincomalee
By: Hush Travels and Tours 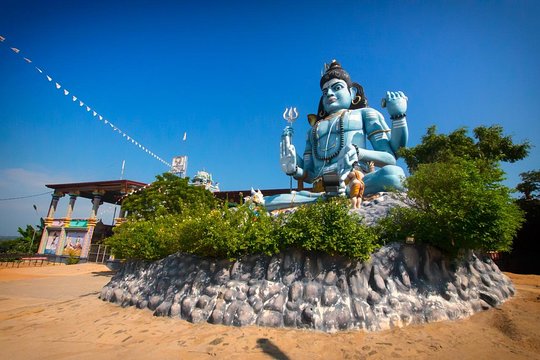 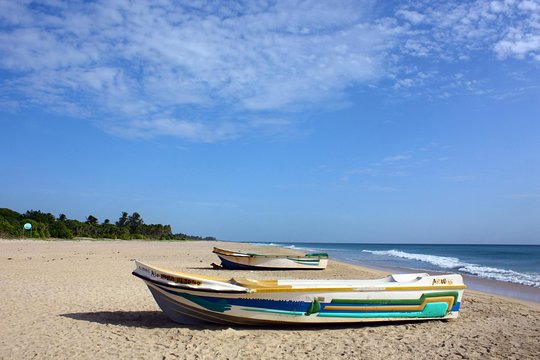 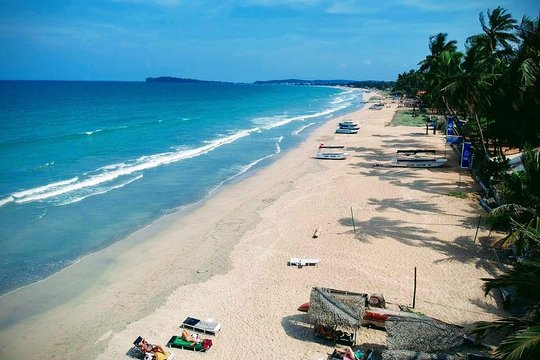 Select Date and Travellers
From
US$236.25
(Price varies by group size)
Date
2 travellers
Free Cancellation up to 24 hours in advance
Low Price GuaranteeNo Booking Fees
Overview
What to Expect
Itinerary

Stop At: Koneswaram Temple, Trincomalee Sri Lanka
400 feet above the sea, at the southern extremity of the peninsula that separates the inner from the outer Trincomalee harbor, lies a magnificent temple dedicated to Lord Shiva. Referred to by European writers of the 18th and 19th centuries as the ‘Temple of a Thousand Pillars’, it is a site revered by Hindu pilgrims. According to legend, a Hindu Prince sailed to Sri Lanka to erect a temple to Shiva on Swami Rock, after he learnt from the Puranas that it was a fragment of the holy Mount Meru. The temple became popularly known as Koneswaram Temple Trincomalee. As it is one of the main harbors in which seafarers in the Bay of Bengal laid anchor, Trincomalee is believed to be a settlement of early Indo-Aryan migrants. The Pallava, Pandyan, and Chola dynasties are believed to have lavished the temple with wealth to maintain it in all its splendor Once one of the most frequented places of worship in the region, in 1622, the Portuguese General Constantine de Saa razed the temple to the ground and used its hallowed stones to build Fort Frederick, which still stands today. Since then, a temple was built within the fort walls and is highly venerated by Hindus and Buddhist pilgrims alike.
Duration: 30 minutes

Stop At: Fort Frederick, Trincomalee Town, Trincomalee 31000 Sri Lanka
The city of Trincomalee presently situated in the Four Gravet Divisional Secretariat of the Trincomalee District, was known as Gokanna in the ancient times. Fort Fredrick was built encompassing the summit of Swami Rock, the highest point in the city. Swami Rock has had Hindu and Buddhist connections from the bygone times. King Mahasen (275-303 A.D.) is said to have demolished the Jaina monastery that existed on the Swami Rock and built a Buddhist temple with a preaching hall. In 1724 A.D the Portuguese general Constantine De Saa destroyed the temple to build a fortress. The Dutch who colonized the country after the Portuguese, caused to have enlarged the fort, while the British who governed the country after the Dutch enlarged it further and named it as Fort Fredrick. Excavations conducted within the fort led to the discovery of Hindu and Buddhist sculptures of archaeological interest.
Duration: 30 minutes

Stop At: Kanniya Hot Springs, Kanniya, Trincomalee 31000 Sri Lanka
Experience everyday local tradition and take a bath in the holy waters of Kanniya Hot Springs. The earliest references to this site date back to the Ravana period, over 5,000 years ago. Today, locals who wish to benefit from the water's medicinal properties visit the wells. Step onto the tile floor and find seven man-made square-shaped wells, each no more than waist-deep. Grab a bucket, scoop out some water (sourced from natural springs below), and take a bath the local way. Notice that each of the wells varies slightly in temperature.
Duration: 30 minutes

Stop At: Trincomalee War Cemetery, Nilaveli Road, Trincomalee 31000 Sri Lanka
The Trincomalee cemetery was originally the Combined Services Cemetery, but was taken over by the Admiralty from the military authorities in April 1948 for use as a permanent naval cemetery. On the withdrawal of United Kingdom Forces from Ceylon it became the property of the Ceylon Government is today maintained by the Ministry of Defense on behalf of the Commonwealth War Graves Commission. The cemetery records 303 world war II causalities. A special memorial commemorates a naval man buried in Trincomalee (St. Stephen’s) Cemetery whose grave could not be found. The non-war graves are those of men of the Merchant Navy whose death was not due to war service, and of civilians, of whom some were employees of the Admiralty; while the post-war graves were dependents of servicemen, civilian employees of the Admiralty and dependents of such employees.
Duration: 30 minutes

Stop At: Nilaveli Beach, Nilaveli Sri Lanka
Nilaveli (Open-land of the moon-shine) is located north-west of the Island. It is one of the most beautiful beaches in Sri Lanka renowned for its soft white sand and breath-taking bays. Nilaveli is famous for recreational water sports such as scuba diving. One of the finest beaches in Sri lanka, the pearly sands, the breath-taking coastline this is a tangible proof of serenity in our island. It is so unique that the feeling you experience when you see it, is unique itself. One can really connect with nature at this beach at an intense level. This is a place where most people come to take a break from the hectic lives and rejuvenate.
Duration: 1 hour

Meals included:
• Breakfast
• Lunch
No accommodation included on this day.
Show More
Important Information
Departure Point
Traveler pickup is offered
We pick up all travelers from any hotel in Colombo

Key Details
Why Book on TripAdvisor?
Frequently bought together
Special Offer
Day Excursions to Galle Fort...
6 Reviews
from US$49.40*
US$52.00
Mirissa Whale & Dolphin Watching Tour
from US$148.00*
Galle Day Tour
2 Reviews
from US$99.65*
Private Day trip to Yala national...
from US$180.00*
More options from Hush Travels and Tours
See all
Explore the Colonial Charms of Galle
from US$150.00*
Tour to Sigiriya, Dambulla and...
from US$195.00*
Tour to Galle and Mirissa from Colombo
from US$97.50*
Colombo City Tour
from US$90.00*
Bus Tours(884)
See all
Private Half-Day Colombo City Tour
40 Reviews
from US$35.00*
Privet One Day Udawalawe National...
2 Reviews
from US$5.00*
Highlights Of Sigiriya & Dambulla Day...
19 Reviews
from US$60.00*
AirPort CMB to Colombo Private Taxi...
8 Reviews
from US$20.66*
Shop Tickets And Tours(1836)
Shop Now
Day Trips & Excursions
Tours & Sightseeing
Private & Custom Tours
Food, Wine & Nightlife
Multi-day & Extended Tours
Shore Excursions