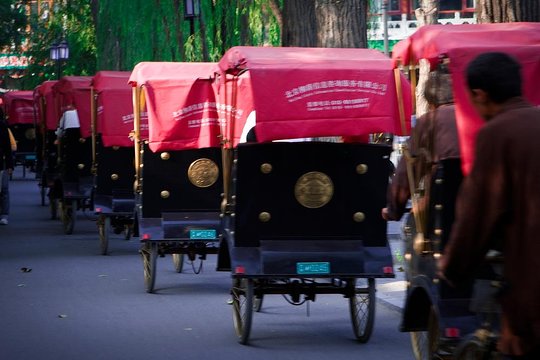 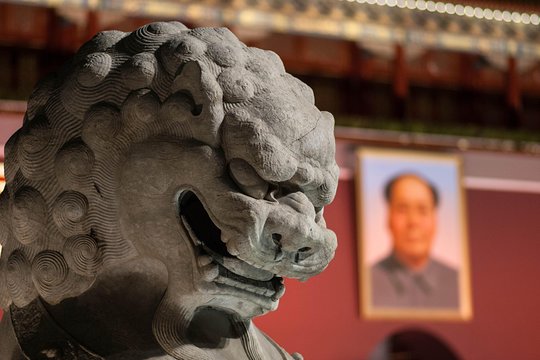 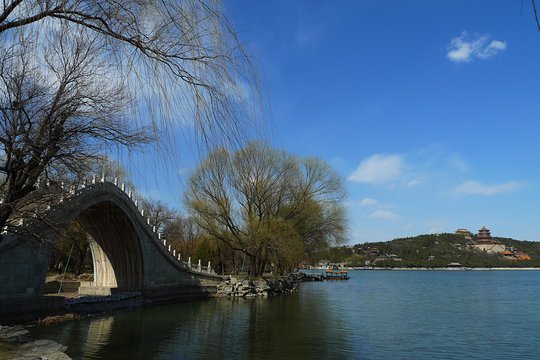 Stop At: Tiananmen Square (Tiananmen Guangchang), West Changan Street, Dongcheng District, Beijing 100006 China
Meet your guide in your hotel lobby at 8:30 a.m. to get your tour started. First up on your agenda is Tiananmen Square, one of the world's biggest city-center squares. See some of the iconic buildings in Beijing, such as the Front Gate, Chairman Mao's Mausoleum, Monument to the People's heroes and so on.
Duration: 40 minutes

Stop At: Forbidden City-The Palace Museum, No.4 Jingshanqian Street, Dongcheng District, Beijing 100009 China
Proceed north to see Forbidden City (Palace Museum), the place where the Ming and Qing Emperors resided for more than 500 years. It is one of the largest and best-preserved Imperial palaces in the world.

Stop At: Mutianyu Great Wall, Mutianyu Village, Bohai Town, Huairou District, Beijing China
After lunch break, head to the Great Wall of China at Mutianyu. Here you'll go on a 1.5-to-3-hour hike along the less crowded portion of the wall. You could choose to take the cable car for both ways, or take the chairlift up and toboggan down.
Duration: 2 hours

Stop At: Temple of Heaven, Tiantan Road, Dongcheng District, Beijing 100050 China
Pick up at 8:30 a.m. at your hotel to see the Temple of Heaven where the Ming and Qing emperors performed their ritual ceremonies. Morning is the best time to see the local senior doing exercise, practicing Taichi, playing Shuttlecock, doing ground calligraphy, as well as singing and dancing.
Duration: 1 hour

Stop At: Summer Palace (Yiheyuan), No.19 Xinjian Gongmen Road, Haidian District, Beijing 100080 China
After lunch, drive to see one of the largest and best preserved imperial gardens in China, the Summer Palace. Inside, you will take a boat to see the Suzhou Street, where the eunuch and concubine used to disguise as sellers for the emperor to enjoy shopping as a commoner.
Duration: 1 hour 30 minutes

odeo49
Tennessee
142
Beautiful place to visit. I visit there in 2018
A must place to visit that full of history. Take a camera, there is a museum to learn about its history.
Read more

Claudia K
327
Oh my gosh! Angie is an AMAZING tour guide!
My friend and I took both group tours and private tours. We explored all over the city and to the wall. We were…
Read more

jeregstev
81
Our favorite tour in Beijing!
Our guide, Angie, made our day exceptional! She was prompt to meet us, professional, spoke beautiful English and…
Read more

David
20
Tour of china
Not knowing how to speak the native language was a bit scary. So my partner and I decided to book a private tour…
Read more

Renata D
10
The best guide in Beijing!
Our guide, Selena, was simply amazing. She was kind, thoughtful and knowledgeable. She went above and beyond and…
Read more

davidkensiski
Benicia, California
10
Fabulous trip
What a wonderful day! Our guide Dana was very friendly and shared the centuries of history, beauty and intrigue…
Read more

chinadorable
20
Insightful and well paced
My husband, parents, and brother took this tour on Saturday 11/2. Pickup was prompt with communication the night…
Read more

Chris Young
20
Brilliant
Amazing tour our guide Colin was incredibly knowledgable and informative. To see so many amazing sites in one day…
Read more