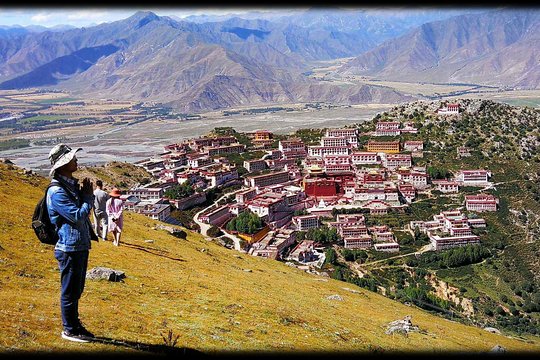 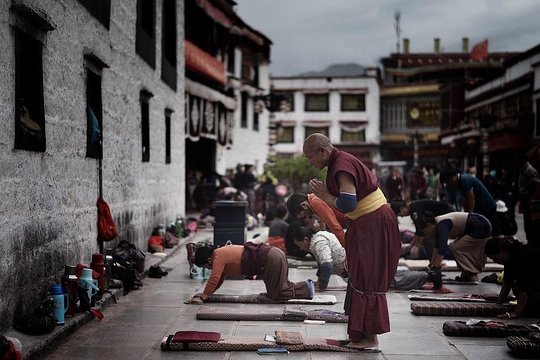 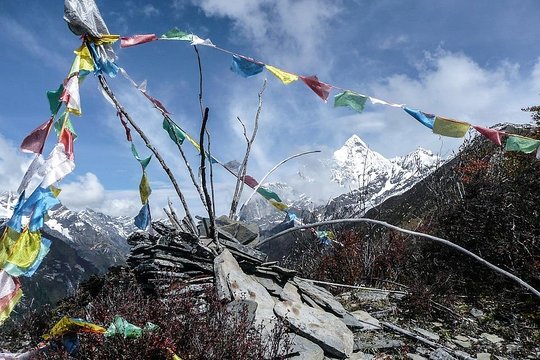 Select Date and Travellers
From
US$530.00
Date
2 travellers
Free Cancellation up to 7 days in advance
Low Price GuaranteeNo Booking Fees
Overview
What to Expect
Itinerary

Pass By: Lhasa, Lhasa, Tibet
Arrive in Lhasa and transfer to hotel. The rest time is for you to relax or explore the city on your own.

No meals included on this day.
Accommodation included: 3-star hotel

Stop At: Potala Palace, No.35 Gongqian Alley, Beijing Middle Road Cheng Guan District, Lhasa 850000 China
Potala Palace is the highest ancient palace in the world. Potala, named after a holy hill in South India, is a Sanskrit word meaning "Abode of the Avalokitesvara (Buddha of Mercy)." The Potala Palace is said to be used for greeting a Han Princess. Legend has it that in the 7th century, to greet his bride Princess Wencheng of the Tang Dynasty (618 - 907) of China, the Tibet King Songtsen Gampo built a 9-storey palace with a thousand rooms up on the Red Hill and named it Potala. The palace was mainly made of stones and woods, and decorated with special local willow branches called Baima Grass.
Duration: 1 hour

Stop At: Jokhang Temple, Barkhor Street, Chengguan District, Lhasa 850000 China
Located in the old area of Lhasa City, Tibet, Barkhor Street is a very ancient round street surrounding the Jokhang Temple and the locals are always proud of it. As a symbol of Lhasa, it is also a must-see place for visitors.
Duration: 2 hours

Stop At: Barkhor Street, Chengguan District, Lhasa 851500 China
It's said that in 647, the first Tibetan King Songtsen Gampo (617 - 650) built the Jokhang Temple. Due to its magnificence, it quickly attracted thousands of Buddhist pilgrims. As a result, a trodden path appeared. That is the origin of Barkhor Street. Today many pilgrims still hold the prayer wheels to walk clockwise there from dawn to dark. Also, you can see some pilgrims walking or progressing body-lengths by body-lengths along Barkhor Street.
Duration: 1 hour

Stop At: Drepung Monastery (Zhebang Si), Southern Slope of Genpeiwuzi Mountain, Chengguan District, Lhasa 850000 China
Drepung Monastery is the largest of all Tibetan monasteries that housed for more than 10,000 monks. It was the residence of the Dalai Lamas until the Great Fifth Dalai Lama constructed the Potala. It was known for the high standards of its academic study, and was called the Nalanda of Tibet. And then you also can visit the biggest monastery kitchen in the monastery and enjoy Buddhist sculpture carving workshop near Drepung.
Duration: 3 hours

Stop At: Sera Monastery, Wuze Hill , Sera Chengguan District, Lhasa 850000 China
Located at the foot of Tatipu Hill in the northern suburb of Lhasa City, Sera Monastery is one of three famous monasteries in the city along with the Drepung Monastery and the Ganden Monastery. Everyday, Lamas will debate in the courtyard with each other to discuss the Tibetan sutra. You cannot miss this amazing scene when visiting Tibet.

Optional: If you want to, we can arrange the Wencheng Pincess Show at night. Price starting from 60 USD.
Duration: 2 minutes

Stop At: Ganden Monastery, Wangori Mountain, Dazi County, Lhasa 850100 China
Today we will drive to the Ganden Monastery in the morning. Founded by the Great Tsongkhapa in 1409, it's one of the “Great Three” Gelugpa monasteries of Tibet. On the way, we will see the beautiful view of Kyichu River and drive all the way up to the mountain, where you will have panorama view of the splendid monastery complex. Afterwards we will visit the chapels of Ganden Monastery and the tomb of Tsongkhapa, the founder of Gelupa Sect. A visit to the villiage nearby will be followed as well so we can have a closer look at the real local Tibetan's daily life.

Optional: If weather permitting, you can follow the classic Ganden kora to do an experience trekking.
Duration: 2 hours

Pass By: Lhasa, Lhasa, Tibet
Our guide will drop you to the airport/train station based on your departure time. Tour ends.

robso8
11
Mesmerizing!
China is a very beautiful country. I made the right choice in choosing Sichuan as a tourist destination. The…
Read more

gilbert813
11
Great Chengdu Holiday
Chengdu, Sichuan is an eye opener. Food, Sceneries, and the People made this a very memorable trip. With our…
Read more

126achi
11
Awesome Sichuan Adventure
Beautiful Sichuan. The itinerary prepared by the tour company gave us a glimpse of the wonders of Leshan Giant…
Read more

P-Holtmaat
Amsterdam, The Netherlands
11
A dream come true- Mt.Sigunaing Climbing in July
Me and my girlfriend decided to take a short break after we moved into our new home! We kind of decided where to…
Read more