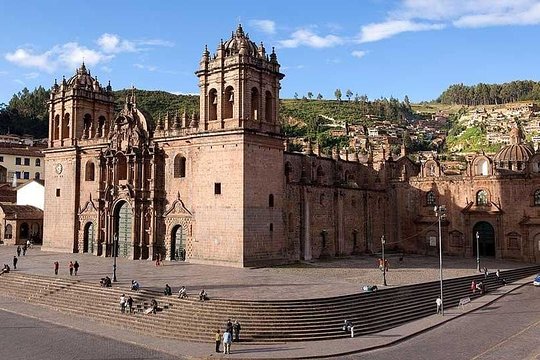 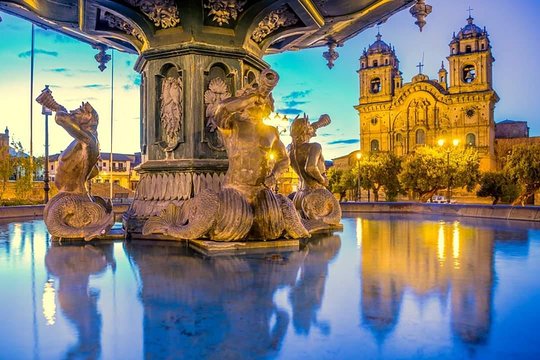 Select Date and Travellers
From
US$15.00
Date
2 travellers
Options
Select tour language
Free Cancellation up to 24 hours in advance
Low Price Guarantee
No Booking Fees
Overview
Highlights
What to Expect
The tour starts picking you up at your hotel, it depends on the schedule you want to chose. If your hotel is outside the historic center. First visit the Cathedral: This impressive Colonial Church dates back to the year 1960 is located in the main square of Cusco, was declared a world heritage site in 1972. Then you will visit others archaeological sites.

Koricancha Temple (Santo Domingo). - “Temple of the Sun” its perfect architecture and stone construction reflect the fact that it was the most important temple of the Inca empire.

Sacsayhuaman. -This construction is attributed to the Incas of the last dynasties, is located 3km from the city of Cusco, in the upper part. According to the chroniclers, it was a solar shrine, this temple was built with large blocks of limestone to protect the city from the attacks of the invaders from the East or Antis. It is formed by three large terraces superimposed in a zigzag shape and bordered by huge rock walls.

Qenqo.-Located a kilometer from Sacsayhuaman, it was a ceremonial center since it is seen in the central part a giant monolith, possibly of an animal, which was the main deity, surrounded by niches, where offerings were placed

PucaPucara. - Old tambo, guard post along the roads Its construction is rustic type consisting of streets, houses, and courtyards.

Tambomachay. - It is located 9 km. of the city, known as the baths of the Inca for the shape of its water sources, could also be a temple dedicated to the cult of water and purification for the Inka.
Show More
Important Information
Departure Point
Plaza De Armas, Plaza de Armas, Cusco 08000, Peru 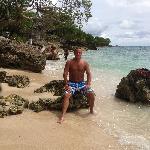 Matthewfromct
Buenos Aires, Argentina
314262
Amazing tour with breaktaking views and an adrenalin rush!
From beginning to end, the tour was top notch. The operator messaged me on WhatsApp confirming the time of pick up…
Read more 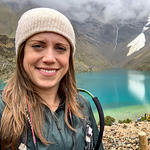 laurenskra
Hillsborough, New Jersey
30
Once in a lifetime experience!
I have absolutely no regrets booking this tour. The guide was great, everything was on time and as advertised,…
Read more

lovisaarna
Reykjavik, Iceland
5224
Very well arranged
I booked two tours with Peru Andes Top, one to the Sacred Valley and then a full day tour to Machu Picchu.…
Read more

Ajeet N
8819
Wonder of the world
The tour was well arranged. We were punctually picked at 6 and transferred by bus to olanto. The expedition train…
Read more 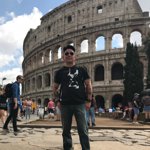 genusmtbkr5
Los Angeles, California
322
Incredible Experience
If you are unsure you can complete the full 7 day(4 days, 3 nights) of the "Classic Inca Trail Trek, but still…
Read more 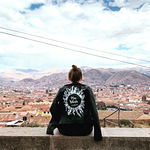 jenn208999
10
Visit to Machu Picchu
Was a great experience. A little costly but worth the price! The travel organization was easy and done perfectly.…
Read more

Pepi M
Glasgow, United Kingdom
259
This was a trip which will stay with me for a lifetime
What a great trek. Our group was of 4 people, two couples, and we all happened to be much the same age which…
Read more 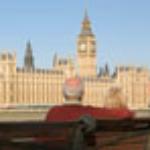 Edel24
Edel24
717
Awful
From the driver crashing into a sheep due to carelessness and driving too fast, to the guide not speaking any…
Read more

cje7
Greater Manchester, United Kingdom
398
Really easy and great trip
Was picked up at the time state from my hotel and taken to the train station for the ride to Machu Picchu…
Read more
Key Details
Why Book on TripAdvisor?
Travellers Also Viewed
sacsayhuaman Archeological park and...
from US$29.90*
Cusco City Sightseeing Tour
from US$25.00*
Special Offer
Cusco Private City Tour
from US$96.90*
US$102.00
Half-day city tour of Cusco and...
from US$29.50*
Frequently bought together
Rainbow Mountain
3 Reviews
from US$59.00*
Rainbow Mountain in One Day from Cusco
219 Reviews
from US$53.40*
Likely To Sell Out
Machu Picchu Day Trip from Cusco
934 Reviews
from US$372.90*
Likely To Sell Out
Sacred Valley of the Incas, Pisac...
334 Reviews
from US$47.30*
More options from Peru Andes Top
See all
Machu Picchu Ticket: Official...
from US$63.00*
ATV Quadbikes Around Sacred Valley...
4 Reviews
from US$36.00*
Full-Day Tour to Machu Picchu...
10 Reviews
from US$343.00*
Classic Inka Trail (4 days 3 nights)
7 Reviews
from US$701.00*
Shop Tickets And Tours(2938)
Shop Now
Day Trips & Excursions
Outdoor Activities
Multi-day & Extended Tours
Cultural & Theme Tours
Private & Custom Tours
Walking & Biking Tours