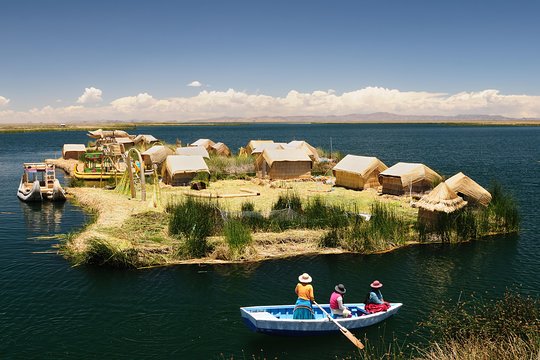 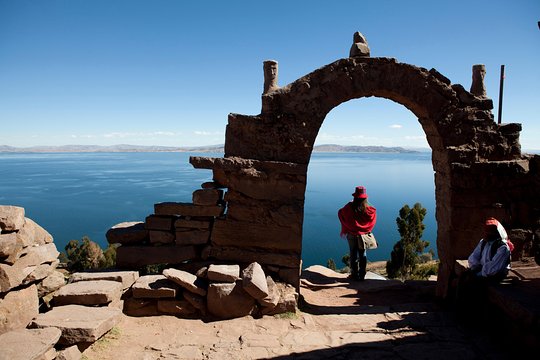 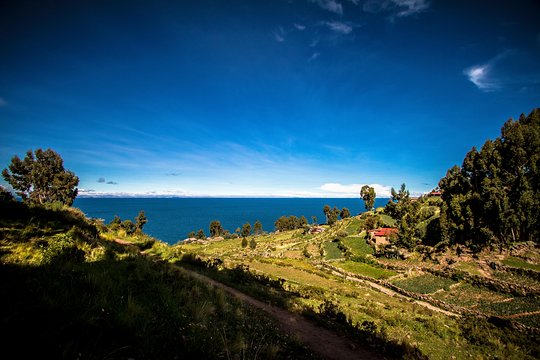 Pass By: Lima, Lima, Lima Region
A transportation service and a representative will pick you up from the airport at the scheduled time and transfer you to your hotel in Lima. The Peruvian capital is a modern metropolis full of history and is home to approximately 10 million inhabitants. The city is currently undergoing an exciting process of cultural and economic changes.

No meals included on this day.
Accommodation included: Overnight in Lima.

Stop At: Centro Historico De Cusco, Cusco 08002 Peru
Breakfast at the hotel. Transfer to the airport to take the flight to Cusco. A transportation service takes you to the hotel to check-in. Then, start the city tour visiting Coricancha, also known as 'The Temple of the Sun', ordered to be built by Inca Pachacuti, which became the foundation for the construction of the Santo Domingo Convent at the arrival of the Spanish. Next, visit the Cathedral, the most imposing monument of the Main Square, construction of which began in the sixteenth century. Then, get to know the Sacsayhuaman fortress, one of the most emblematic Inca buildings, erected in the 15th century. It is an immense fortress built with large stones, their transportation, carving and assembly still remains a mystery. Every June 24th the Inti Raymi Festival, where the sun is worshipped, is recreated during the winter solstice. Continue to Qenqo, an archaeological complex for mainly religious purposes. It is believed that agricultural rituals were held in this site, located at four kilometres from the city of Cusco. Finally, visit Puca Pucara, at seven kilometres from the city. Puca Pucara, meaning 'red fort', was an architectural complex of alleged military use with multiple environments, plazas, aqueducts, walls and towers. It is believed that it was used by the Inca entourage while he rested in Tambomachay. When finished, return to the hotel.
Duration: 5 hours

Stop At: Sacred Valley of the Incas, 0051 Peru
Breakfast at the hotel. During the morning, you are picked up from your hotel to visit the town of Chinchero*, a traditional Cusco urban centre located at an elevated point with a beautiful view of the valley. The inhabitants of this area preserve the artisan traditions and the inherited knowledge of the Incas and display them in their clothes and customs. In Chinchero there are also archaeological remains and a beautiful seventeenth-century church, one of the first Catholic buildings in Peru. Then, you are transferred to the Living Museum of Yucay, a centre of Andean handicraft traditions where demonstrations of the elaboration of textile work, adobe, pottery and silverware are carried out in the same way in which they used to in antiquity; an original recreation of Incan traditions. In addition, you may be able to feed the ´residents´ of the museum! These include llamas, sheep and alpacas! Later, have lunch in Ollantaytambo and enjoy a superior Andean gastronomy experience in a restaurant, where the true spirit of the Sacred Valley radiates in a cosy atmosphere. Upon arriving in Ollantaytambo, visit its town, inhabited uninterruptedly sice Inca times, and climb the iconic fortress, built next to a mountain. At the end of this activity, you are transferred back to your hotel. *On Sundays, also visit the local market.
Duration: 9 hours

Stop At: Machu Picchu, Machu Picchu, Sacred Valley, Cusco Region
Breakfast at the hotel. Transportation service will pick you up and transfer you to the Ollanta Station to board the train to Aguas Calientes, the nearest town to Machu Picchu. Following a scenic journey through dramatic Andean landscapes, arrive at the station in Aguas Calientes. Here you board a coach for a 25-minute ride to Machu Picchu. The ‘Lost City of the Incas’ is believed to have been built in the 1450s by Inca emperor Pachacuti as a holiday retreat, yet within a century the city would be abandoned following the Spanish conquest. The Spaniards never found it, so it was spared the destruction they brought on other Inca sites. Instead, it was slowly swallowed up by the jungle and hidden from harm. A guided tour explains the origins behind this awe-inspiring citadel, presenting its most prominent landmarks such as the monumental Main Square, the Royal Quarters, the Temple of the Three Windows, the Circular Towers, the Sacred Sun Dial, and the Burial Grounds. Return to Aguas Calientes for lunch and then board the train back to Cusco.
Duration: 10 hours

Stop At: Puno, Puno, Puno Region
Enjoy a leisurely breakfast at the hotel then transfer to the bus station to start your journey through the impressive landscape of the Andes to Puno. Your first stop of the day is in Andahuaylillas, a town located around 40 kilometres away from Cusco. The main attraction here is the local Church, known as the “Sistine Chapel of America” owing to the high quality of art found inside. Continue the journey to Racchi, home to the Wiracocha Temple, a striking rectangular structure measuring 30 metres wide and 20 metres high. Lunch will be taken in the town of Sicuani before you head to La Raya, the highest point of the trip between Puno and Cusco, at the dizzying altitude of 4,313 metres above sea level. The next stop is the town of Pucara, the first urban settlement on Lake Titicaca, established between 100 and 300 A.D. Visit some of the monoliths from the town’s pre-Inca site at the Pucara Lithic Museum before completing the final part of the journey to Puno. Once in the city, a representative will check you in to your hotel.
Duration: 9 hours

Stop At: Lake Titicaca, Puno 21000 Peru
After breakfast at the hotel, travel to the port of Puno where a boat will be waiting to take you to the beautiful Uros Islands. The Uros are an indigenous people of Peru that live on a series of human-made islands, created entirely from the buoyant totora reeds that grow abundantly in the shallows of the lake. The islands are composed of layers of woven totora, which are regularly replenished from the top as they rot from the bottom. The Uros people also use reeds to construct their homes, so cooking is done outdoors to avoid possible fires! After visiting this fascinating island, sail to Taquile, a small slice of heaven that once belonged to the Inca Empire. Look around and notice traces of its Incan past in the ruins that still exist around the island. After a brief introduction, the local community will give you an insight into their customs and traditions with a cultural demonstration. Lunch is enjoyed on the island before the return trip to Puno.
Duration: 8 hours

Pass By: Puno, Puno, Puno Region
After finishing your breakfast at the hotel, you will be transfer from Puno to the airport.

Steven C
Chicago, Illinois
61
Beautiful Fountains with an incredible dinner
Being able to visit the Magic water circuit to watch the unforgettable magic water show is a must when visiting…
Read more

Michelle L
10
Great guide!
Ever guided us in Salinas de Maras, Ollantaytambo, the farmers, one day trek to Machu Picchu and he has been…
Read more 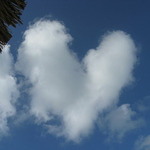 Enjoyingretirement16
83
Amazing and knowledgeable guides for our lifetime trip in Peru.
All the visits of our vacation were taken care of by LimaTours. For the duration of our trip, we felt safe and in…
Read more

marjoleinvh
Meppel, The Netherlands
41
Very nice trip
Very nice trip. We only had one day in Lima. With this trip you see a lot in a very short time. Kaiser was a very…
Read more

802karyns
Deerfield Beach, Florida
355
Superb! Only way to do Peru
We were blessed to have chosen Lima Tours from the recommendation of my travel advisor to use this company The…
Read more

Aloha44
Hawaii
40
Outstanding private tour
Our group of six received outstanding service from all the guides with Lima tours. Our guides went above and…
Read more

jaeroland
42
US travel company booked us with Lima Tours and it was great
My family and I booked a trip with an American travel agency, Adventure Life. They made all of our arrangements…
Read more

AndreaTri93
Doha, Qatar
15348
Service beyond expectations
A service beyond belief. First of all, they were very helpful and flexible when my dad was no longer able to…
Read more

ramankm
11
Perfect Private Tour in Peru with Lima Tours
My wife and I took an excellent 6 Day Peru trip organized by Lima Tour. It was a private, hassle-free and…
Read more 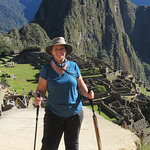 SSGrizzle
Houston, Texas
11
Most Fantastic 4 day hike on the Inka trail to Machu Picchu
So I did it. My first hike and it was the biggest! June 18th, after 4 days of a grueling, beautifully scenic,…
Read more 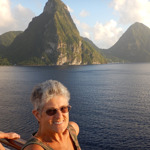 ruthandvern
Wilton, California
19991070
What you buy through Trip Advisor is not what you get with Lima Tours, the flight was good
We ordered the tickets through TripAdvisor, feeling confident it was legit. We scheduled a noon flight on the 4th.…
Read more 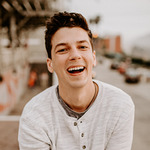 MatthewSchueller
Portland, Oregon
41
The Best Trip of My Life
What can I say about Lima Tours!? They were the friendliest and easiest company to travel with that I’ve ever…
Read more 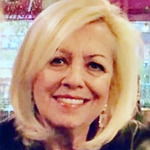 deborahk3
Maidstone, United Kingdom
619334
Pampa Galeras Reserve
We stopped off here as part of our Peru tour. It was a great opportunity to get up close to Vicuna, the national…
Read more

StarryEarth
Singapore
126
5D tour of Manchu Picchu, Sacred Valley & Cusco
Went on a 5 day tour with LimaTours to Manchu Picchu. They were well organized despite the many logistics aspects…
Read more
Key Details
Why Book on Tripadvisor?
Travellers Also Viewed
Maras, Moray, Salineras Salt Mines...
3 Reviews
from US$38.00*
Special Offer
Airport Cusco Transfers
1 Review
from US$35.62*
US$37.50
Curious Monkey Cusco- Market and...
7 Reviews
from US$55.00*
Excursion in off-road vehicle to...
from US$38.00*
Frequently bought together
Likely To Sell Out
Half Day Cusco Inca Heritage and San...
104 Reviews
from US$49.60*
Likely To Sell Out
Half Day Cusco City Tour and...
64 Reviews
from US$40.00*
Rainbow Mountain Tour In The Afternoon
19 Reviews
from US$79.00*
Rainbow Mountain in One Day from Cusco
221 Reviews
from US$53.40*
More options from LimaTours
See all
Special Offer
Magic water circuit with dinner and...
11 Reviews
from US$45.05*
US$53.00
Special Offer
Half day: Lima city tour
1 Review
from US$21.25*
US$25.00
9 days tour to Lima, Cusco, Sacred...
2 Reviews
from US$1,056.00*
30-Minutes Flight Over Nazca Lines...
8 Reviews
from US$150.00*
Shop Tickets And Tours(967)
Shop Now
Day Trips & Excursions
Multi-day & Extended Tours
Tours & Sightseeing
Private & Custom Tours
Air, Helicopter & Balloon Tours
Outdoor Activities