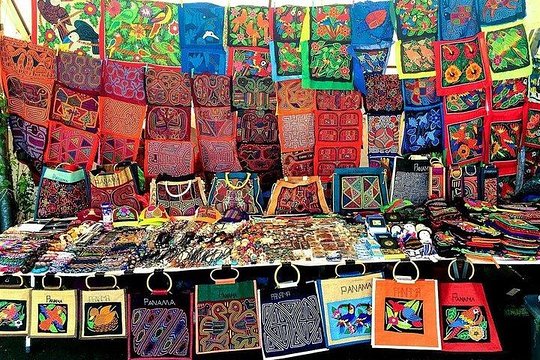 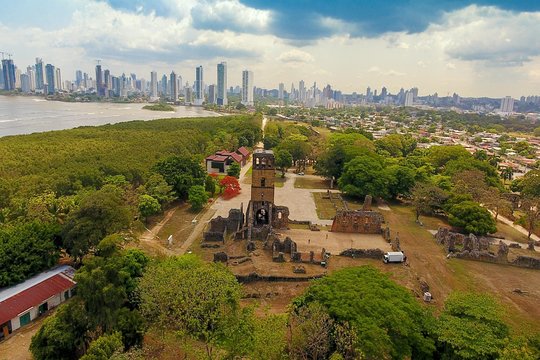 Special Offer
Book by February 29 to save 10% off our previously offered price!
This product is unavailable to book via TripAdvisor. Contact the supplier for availability.
FromUS$350.00
US$315.00
Free Cancellation up to 24 hours in advance
Low Price GuaranteeNo Booking Fees
Overview
Tour Overview

This is an 'All Inclusive' of entrance fees tour.
Panama turned 500 on August 15, 2019. It is the oldest city erected by the Spanish in the American Pacific. Vogue magazine wrote: "Why Panama Is the Place to Go in 2019.... Ancient walls, glassy skyscrapers, and a mix of African, Native Panamanian, and Spanish cultures have all played a part in forming the frenetic “Miami of Central America.”

In-person guide is Bilingual in English and Spanish. Guide is licensed or certified and may also be the driver.

We'll hope to show off our city and provide you with all the best things that Panama has to offer. Panama is beautiful and rich in culture, heritage and history. Panama has so much to see and do. We'll help make your visit to memorable. We'll be expecting you.
What to Expect
Itinerary
This is a typical itinerary for this product

The Miraflores Locks Visitor's Center, allows guest to observe transiting vessels from a distance of only a few meters and learn first hand about the various operations of the Panama Canal, the history of its construction, its participation in the world markets, and the importance of its watershed.

Visitors to the Panama Canal Miraflores Visitor's Center can enjoy exhibits, watch a short documentary, have food & visit decks for watching ships pass through the locks; they can also experience a virtual ship transit on the simulator and purchase souvenirs in the gift shop.

SITES OF INTEREST
THE AMADOR CAUSEWAY
One way to explore the Panama City without having to travel by bus, is visiting the Amador Causeway.
HISTORY
Built in 1913, with rocks from the excavation of the Culebra Cut during construction of the Panama Canal, the Causeway joins Panama City with four islands: Naos, Perico, Culebra and Flamenco.
The site was part of a US military complex called Fort Amador that had established to protect the Pacific entrance to the Panama Canal. Currently, vestiges of the military installations can be seen on the islands.

Casco Viejo, also known as Casco Antiguo or San Felipe, is the historic district of Panama City. Completed and settled in 1673, it was built following the near-total destruction of the original Panamá city, Panamá Viejo in 1671, when the latter was attacked by pirates. It was designated a World Heritage Site in 1997.

Duration: 1 hour
Show More
Important Information
Departure Point
Traveler pickup is offered
We pick up from any hotel in the city.

Departure Time
7:30 AM
Duration
5h
Inclusions
Exclusions
Show More
Additional Info
Cancellation Policy
For a full refund, cancel at least 24 hours in advance of the start date of the experience.