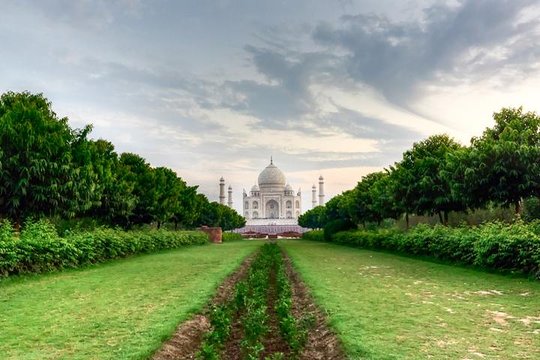 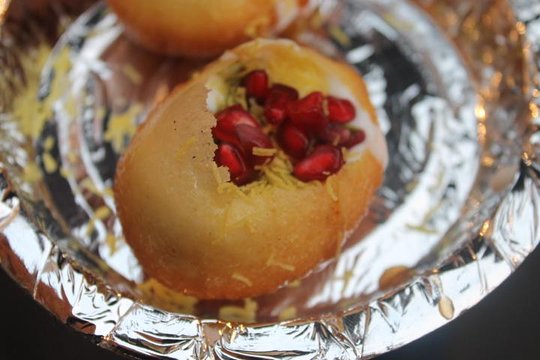 Select Date and Travellers
From
US$34.00
Date
2 travellers
Low Price GuaranteeNo Booking Fees
Overview
What to Expect
After breakfast, you will visit Taj Mahal It is best seen at different times of the day when the white marble reflects the nuances of the changing light from the sun. Described by poet laureate, Rabindranath Tagore as “a teardrop on the cheek of eternity”, the Taj Mahal is a mausoleum and a symbol of the enduring love of Emperor Shah Jahan for his favorite wife, Mumtaz Mahal, who died during childbirth in 1631.

Legend has it that she bound him with a deathbed promise to build her the most beautiful tomb ever known. It is said that 20,000 stone carvers, masons, and artists from across India and as far as Turkey and Iraq were employed under a team of architects to build the Taj Mahal in the lush gardens on the banks of Agra’s Yamuna River.

It took them from 1631 to 1648 to complete the epic task. Today, the mausoleum is an important place of pilgrimage since the empress died in childbirth, making her a martyr.

After this, you will visit Agra Fort

You will drive to one of the most significant monuments of the city, the Agra Fort (a UNESCO World Heritage Site).

When the Mughal Emperor Akbar established his supremacy in northern India, he began his first architectural venture, rebuilding the Agra Fort as a beautiful fort-palace. The work was completed by his son and grandson, highlighting the Mughals’ ability to blend defensive and decorative architecture. Richly decorated with marble and mosaic, it was in a part of this fort that Shah Jahan spent the last years of his life, imprisoned by his son Aurangzeb. His private quarters, where he was confined, has a magical view of the ‘Taj Mahal’ across the River Yamuna

After this, you will enjoy street food walk Agra is justly famous for Taj Mahal, one of the seven wonders of the world. But a visit to Agra is not really complete without enjoying it’s local cuisine via a food tour. A food walk in Agra before or after a trip to Taj Mahal is a perfect way to spend a day there. This food tour is more than just a simple food tasting experience. It takes you to some of the oldest and best food places in old Agra city where you taste the food, learn about it’s details, enjoy a walk through the lively streets and have a fully authentic experience of city exploration on foot.
Show More
Important Information
Departure Point
Agra
Departure Time
6:00 PM
Duration
24h
Return Details
Agra
Inclusions
Exclusions
Show More
Additional Info
Cancellation Policy
All sales are final and incur 100% cancellation penalties.

slpneal
Concord, California
94
Some parts good some parts not
I booked this tour 6 months in advance. Although I had several communications with the tour operator and was sent…
Read more Kunalasheesha
Jakarta, Indonesia
10
Memorable Vacay in the heart of the mountains of Himanchal Pradesh.
Most memorable experience ever, holiday in Manali, spent Christmas Eve and Christmas with my family, it was truly…
Read more

Santieee
11
Golden Triangle trip with Family
Trip was excellelently coordinated by Garima. Hotels arranged was decent in Delhi. However in Jaipur and Agra was…
Read more

Shafquat181119
10
Memorable tour l
Stay was awesome , service is good,ritesh jii and driver was friendly,it was a memorable and good experience.…
Read more

Kadambari_vs
21
Review for my 4 days Delhi Agra tour
I planned for a family tour with this travel partner and I must say the experience was very good. Special thanks…
Read more

laucole
11
Perfect Travel Company!
Hello! I am back at my home after such long tour of India. I wanted thank you for your company for putting this…
Read more

Nayanika_Jaiswal
21
Mathura , Vrindavan and Jaipur
It was my first trip with my mother and I wanted it to be perfect. Amazing tour and travels made sure to make this…
Read more

Camilagab
10
Amazing India Tours is Best
Thank you so much for making our tour as memorable as possible and we enjoyed the tour so much! All the hotels…
Read more

Saintsgabe
10
Excellent service!
I went for a 4 day trip to Delhi and Agra. Guides were excellent, driver was amazing. I recommend this service…
Read more

Altaf_kick
10
Completely satisfied with the way we planned.
Amazing tours and travels is very good at keeping their promises, as they don't deviate the plan what we have…
Read more

Astafali
10
Excellent and trustworthy tours Highly recommend
Ritesh the owner has arranged tour so amazing. All the things are as per commitment highly recommended tour…
Read more