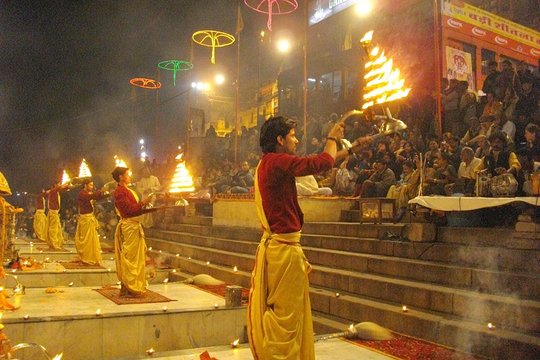 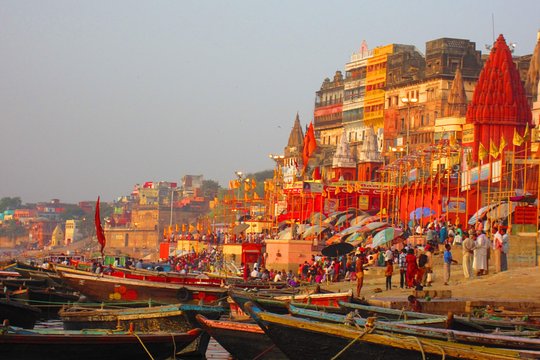 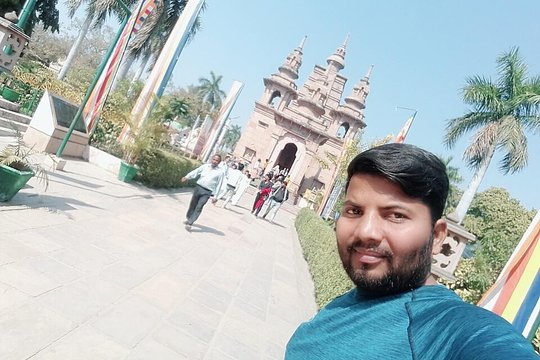 Special Offer
Book by February 6 to save 10% off our previously offered price!
Select Date and Travellers
FromUS$244.00
US$219.60
(Price varies by group size)
Date
2 travellers
Options
Free Cancellation up to 7 days in advance
Low Price Guarantee
No Booking Fees
Overview
Highlights
What to Expect
Itinerary

Day 1: Pick Up from Varanasi Airport & Drop at Hotel in Varanasi

Pass By: Lal Bahadur Shastri International Airport, Varanasi District, Babatpur, Uttar Pradesh 221006, India
Your Chauffeur will be standing at Exit gate of Varanasi Airport with your name Placard . On arrival he will greet you and take you to your hotel in Varanasi .

No meals included on this day.
Accommodation included: Overnight Stay at 5 start Hotel in Varanasi

Stop At: Manikarnika Ghat, Ghasi Tola Road, Varanasi 221001 India
At dawn, visit the sacred Ganges for a boat ride. Every morning at dawn, hundreds of worshipers can be seen bathing in the sacred waters. The great river banks are lined with an endless chain of stone steps — the ghats — that stretch from one end of the city to the other. Believing that anyone who dies in the river of life in Varanasi gains freedom from the cycle of birth and death, the site has become a haven for the sick and aged waiting out their final days. The smoke that billows from the crematoriums on the edge of the river gives testimony to their final release from life's earthly confines. Your boat docks at Manikarnika (cremation) Ghat. On any given day, anywhere from a few dozen to a few hundred corpses are cremated here; the ghat is assiduous with activity as the cremated bodies threw up smoke and fire.
Duration: 1 hour 30 minutes

Stop At: New Vishwanath Temple, Banaras Hindu University Campus, Varanasi India
The New Temple is modern in design and open to Hindus and non-Hindus alike. Surrounded by palm trees, it is a white marble structure that shines in the afternoon sun against a pale blue sky. Inside, the temple is spacious and airy.
Duration: 30 minutes

Day 3: Buddhist Centre of Sarnath and drop at Varanasi Airport for Onward Flight