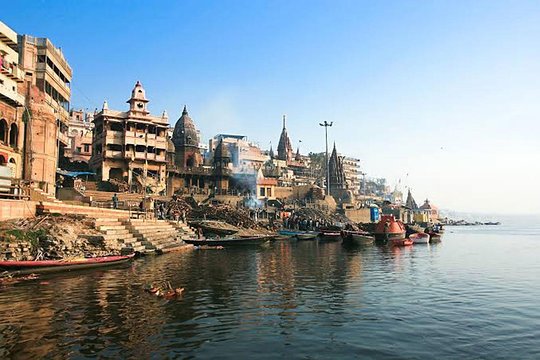 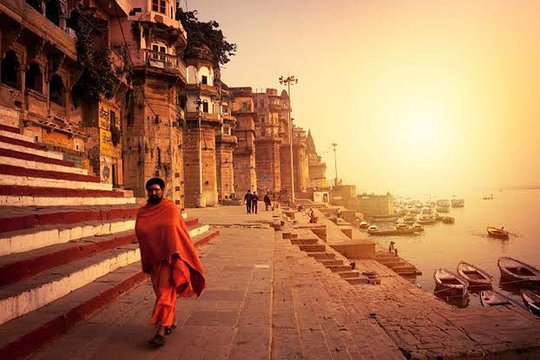 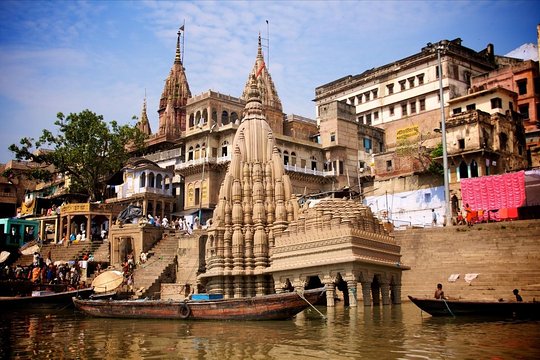 Pass By: Varanasi, Varanasi, Varanasi District, Uttar Pradesh
You will be picked up by our driver from Varanasi Airport/Railway Station and transferred to the hotel. After Check-in, relax for some time, and then later proceed for a visit to Sarnath.

Stop At: Sarnath Via-Anlabereni, Varanasi 759026 India
Proceed for a visit to Sarnath, where Gautama Buddha gave his first preaching to his five disciples after attaining enlightenment. Places to see in Sarnath include Dhamakeh Stupa, Dharamrajika Stupa, Ashokan pillar, Votive Stupas, old Buddhist monasteries and a museum of Sarnath. Once done with the visit proceed back to the hotel and in the evening our driver will pick you up, to witness the ritualistic prayers, a famous Ganga Aarti performed with a lot of zest. Drive back to the hotel for overnight.
Duration: 6 hours

No meals included on this day.
Accommodation included: Overnight stay in a five-star hotel in Varanasi

Stop At: Varanasi, Varanasi, Varanasi District, Uttar Pradesh
In the early morning, between 5:30 to 6:00 AM we will take you for the boat ride on the spiritual Ganga river. Witness the morning scenes on the revered Ghats of Varanasi where you can see pilgrims taking bath and emitting devotional chants and hymns. Continue your spiritual boat ride and also, witness the cremation Ghat. After a boat ride, our chauffeur will drop you back to the hotel. Relish scrumptious breakfast at the hotel and then proceed for the Varanasi city tour. Pay homage at popular Varanasi Temple i.e, Kashi Vishwanath Temple, Annapurna temple, Sankatha temple, and Kalbhairav temple. After the temple visit, explore the famous Banaras Hindu University (BHU) and Shantiniketan Kala Bhavan.
Duration: 8 hours

Meals included:
• Breakfast
No accommodation included on this day.
Show More
Important Information
Departure Point
Traveler pickup is offered
Our driver will meet you at the airport for pick up and drop off
Departure Time
8:00 AM
Duration
2 days
Inclusions
Exclusions
Show More
Additional Info
Cancellation Policy
All sales are final and incur 100% cancellation penalties.