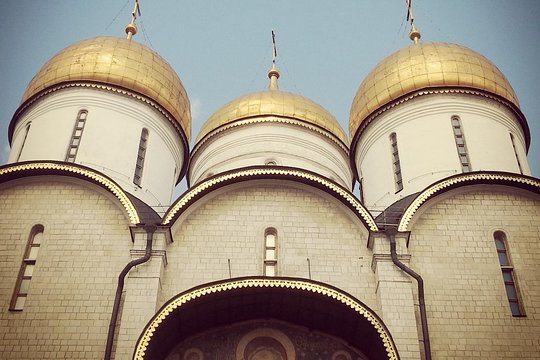 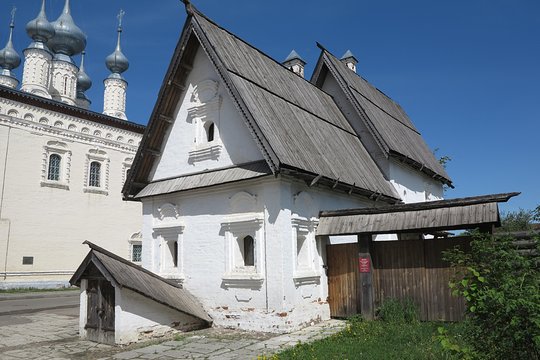 Select Date and Travellers
From
US$1,579.49
Date
2 travellers
Free Cancellation up to 24 hours in advance
Low Price GuaranteeNo Booking Fees
Overview
What to Expect
Day 1     Welcome to Moscow

Day 2     Classic Tour of Moscow, Red Square and The Kremlin

We start our day with a general tour of Moscow, taking in some of its best-known streets and sites along the way. You’ll have a chance to see the so-called Stalin Sisters, which were built to compete with New York’s skyscrapers. You’ll take in the Triumphal Arch and the Church of Christ the Savior before heading to New Maidens Convent, Sparrow Hills, Moscow State University, and Luzhniki stadium.

After lunch, it's time for the blockbuster sites of Red Square, St Basil’s and the classic view of the Kremlin from across the river.

After an early breakfast, you will be taken to Kursky railway station to catch an express train to Vladimir (1 hr 40 min).

Vladimir and Suzdal embody the old-world Russia that history buffs dream of. Onion-domed churches rising behind medieval walls, surrounded by traditional wooden peasant cottages and the legendary Russian countryside. These two towns are not to be missed!

On arrival in Vladimir, you’ll visit the Golden Gates and explore some of Russia’s greatest surviving medieval churches, where you’ll learn about the meaning behind the nearly thousand-year-old sculptures and icons.

Transfer to Vladimir railway station to catch the train back to Moscow.

After an early breakfast, take a Sapsan express train to St. Petersburg (around 4 hrs). Upon arrival and check in at your hotel, it's time to get acquainted with Russia’s magnificent, history-haunted, and stunningly beautiful Northern Capital.

After lunch, you'll visit St Petersburg's original citadel - Peter and Paul Fortress. Still standing guard over the city just as it has done since 1706.

Tsarskoye Selo (Tsar’s Village) was so called because many of the tsar’s palaces were located here, outside the former capital city of St. Petersburg. You’ll visit the stunning 18th century Catherine Palace and Park with the famous Amber Room.

After lunch visit the Hermitage Museum, housed in the former Winter Palace and see one of the world’s greatest collections of art and artifacts amid the glory of the Romanov dynasty’s palace.