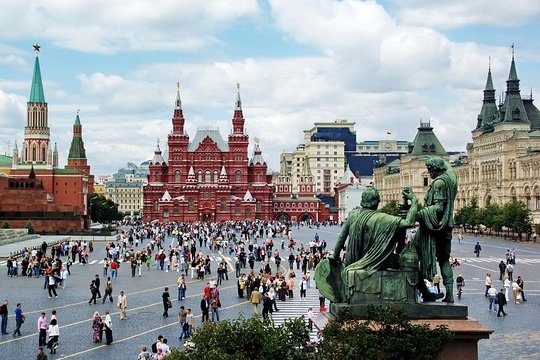 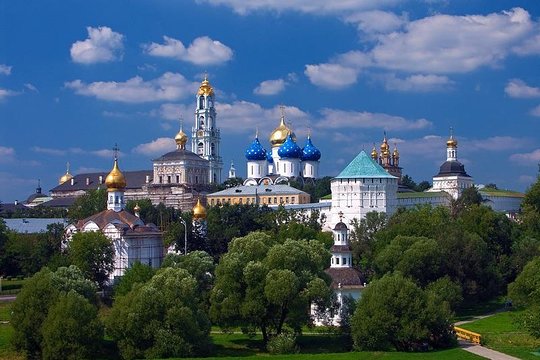 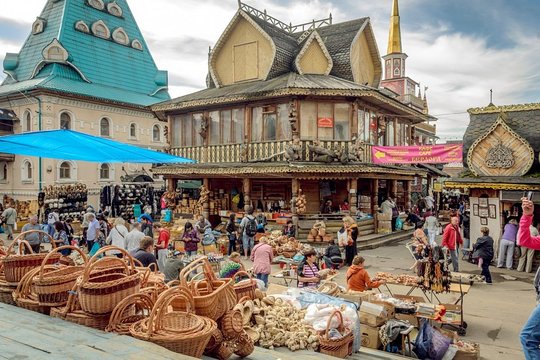 Stop At: Moscow Kremlin, Moscow 103132 Russia
The Moscow Kremlin is considered to be a symbol of the Russian statehood and is included into the UNESCO list of world cultural and natural heritage. The Kremlin has always been the tsar’s residence until Peter the Great’s reign who moved the capital to the newborn Saint Petersburg. Bolsheviks seized power in 1917 and the northern city was stripped of its capital status – which was passed to Moscow, and the Kremlin once again became the heart of power.
Duration: 3 hours

Stop At: Moscow Metro, Moscow Russia
"They used to have palaces for kings, we are going to build palaces for the people!" said one of the main architects of the Soviet subway. You will see the most beautiful Metro stations in Moscow built under Stalin and reveal the fascinating secrets hidden underground.
Duration: 1 hour

Stop At: Old Arbat (Stary Arbat), Arbat Ulitsa Arbatskaya Metro, Moscow Russia
The Arbat street was once a location where artisans set up shop, and the Arbat's side streets show evidence of their past with names that describe various trades or products, like Carpenters, Bread, or Silver.
Duration: 2 hours

Stop At: Sergiyev Posad, Sergiyev Posad, Sergiyevo-Posadsky District, Moscow Oblast, Central Russia
Immerse yourself in the sacred atmosphere of one of Moscow’s most famous monasteries on a full-day trip to the Sergiev Posad. Relax during the scenic 2-hour drive to the UNESCO-listed monastery and receive an interesting introduction to the structure from your expert guide. Admire prominent sites like the Dormition Cathedral, the Holy Gates and the Godunov Burial Vault as you take a comprehensive tour of the world-famous landmark. Lunch and round-trip are included.
Duration: 6 hours

Departure Time
Suppliers and travelers coordinate start times within the given time periods.