Admission ticket to Gallery of the European and American XIX-XX centuries art
By: Weatlas 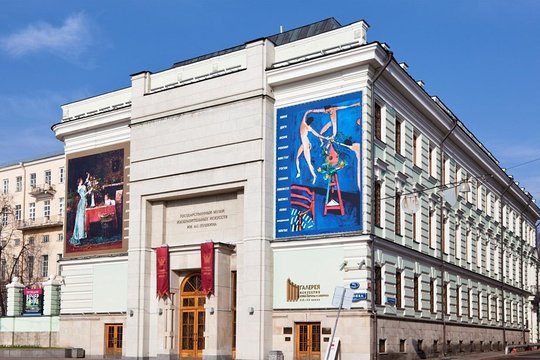 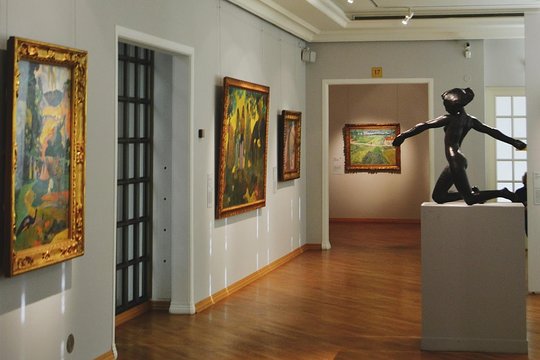 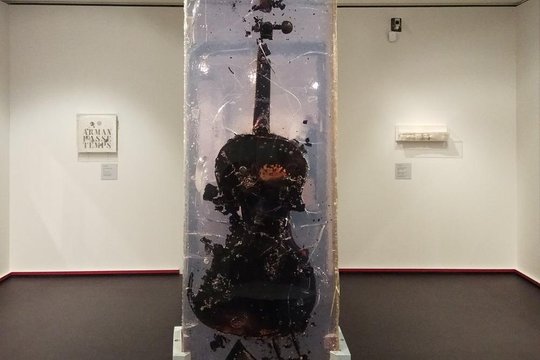 The Gallery's twenty-six rooms contain a collection of works by masters of the 19th and 20th centuries. Whole rooms are devoted to a single movement in European art or the work of a single artist. There is a special room for the early 19th-century German school of painting represented by the works of Caspar David Friedrich and the Nazarenes. Smaller rooms enable visitors to take a new look at the well-known pictures of Eugene Delacroix and Jean-Dominique Ingres. The Spanish school is represented by Francisco de Goya. There is a special room for the Paris Salon painters Jean-Leon Gerome, Paul Delaroche and Eugene Louis Isabey. The works of the French landscape painters Camille Corot and members of the Barbizon School Theodore Rousseau, Jules Duprd, Diaz de la Pena and Charles Daubigny seem to have been specially intended for the Gallery's interiors. Canvases by Gustave Courbet, Jean-Franqois Millet and Honore Daumier complete the panorama of French realist art.

Vacation50024
10
Great value
An excellent venue to visit for a tourist. Super place to spend a couple of hours catching up on Russia's first…
Read more

Elena D
Lima, Peru
107
Amazing Museum
Amazing museum with a lot things to see. Since being so huge, recommend doing at least two visits. Not only…
Read more 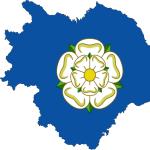 MNaija
England, United Kingdom
11436
Well worth a visit
This gallery is dedicated to showcasing Russian art. It’s a large building and houses a huge variety of pieces of…
Read more

ManosT_13
Kythira, Greece
198
Amazing travel in time of cosmonautics
Real time travel in the decades of 1950 to 1990. Brave heroes in front of you , satellites replicas and originals.…
Read more

emmatayr
31
beautiful musem
Hermitage is a beautiful museum with a lot of things to see, but thereis no point in buying tickets through this…
Read more 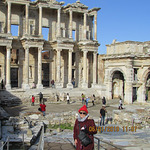 Ogies01
UK
2912
Overwhelmingly beautiful
Large beautiful but not marked properly. We got lost even with a map inside. Took us an hour just to find our…
Read more 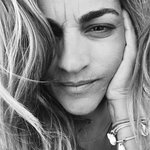 Joana7474
Lisbon, Portugal
3246
Hermitage November visit
This was a fantastic fast admission, there is an especific entrance for visitors with online tickets and there was…
Read more 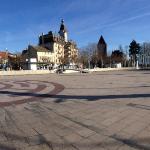 drogilmour
Guatemala City, Guatemala
932289
Kind of difficult to get around figuring out where the entrance is
Following the instructions printed on the eTicket we arrived to the ticket office at Alexander’s garden, windows…
Read more Milica K
10
Great!
Great experience! We chose the cruise with a dinner and live music, it was very nice. Beautiful views and…
Read more

Cynthia R
10
Birthday Celebration
Staff were not very friendly or engaging! The sights were beautiful. Met a friendly couple who saved the evening.
Read more 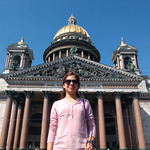 Nidi2020
Mashhad, Iran
10
It's Amazing !
I and my friends went to here on August 2019 , It was rainy that day.But It was great. The queue for tickets was…
Read more

Anne M
Newcastle, Australia
82
A 'must see' Art Gallery
We have been fortunate enough to see this older gallery twice now and the modern Tretyakov once only. It is…
Read more