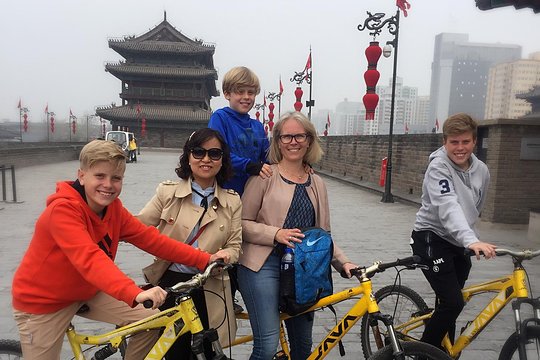 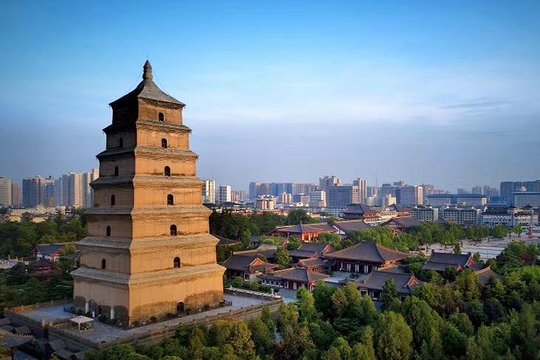 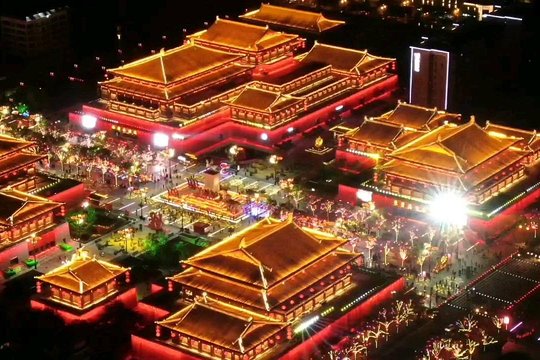 Stop At: The Museum of Qin Terra-cotta Warriors and Horses, Qinling North Road, Lintong District, Xi'an 710600 China
You will be picked up at 9:00AM in the lobby of hotel and then About 1 hour’s driving, you will get to one of the greatest sights of China ---the magnificent the terra-cotta warriors museum. Thousands of life-sized soldiers, each with different expressions and horses. All companions for the burial of the first emperor of China.—he is also builder of the Great Wall. The terra -cotta Warriors museum is located within a large mausoleum complex built by Qin Shi Huang.

Stop At: Xi'an, Xi'an, Shaanxi
After lunch, you'll have an opportunity to get a glimpse of an intangible cultural heritage that is quickly disappearing in central plain areas-the lifestyle of cave dwellers. You'll visit the home of Mrs. Huang, who is one of the last remaining cave dwellers in this small village. You will tour her home and learn about the history and changes of cave dwelling residents, and have a chance to ask her questions. .

Stop At: Xi'an Bell Tower, Lianhu District Junction of East main street, west main street, south main street and north main street,, Xi'an 710000 China
In the afternoon,you will get to the downtown to climb the Bell tower. It is a classical building with carved beams and painted rafters. It stands in the center of the downtown area where the north street , the South Street, the East Street and the West Street meet.It houses a huge bell which was originally used to strike time every morning in ancient time.
Duration: 40 minutes

Stop At: Xi'an City Wall (Chengqiang), Zhongxin District, Xi'an 710001 China
First stop of today is xi'an City Wall .It is one of our most complete existing ancient city wall of China. When you reach to the top of wall, you can have a bird's eyes view of ancient city . You even can ride the bike all the way around the wall.
Duration: 1 hour

Stop At: Xi'an, Xi'an, Shaanxi
Later on, you will see a special art museum .this museum houses a unique collection of local arts such like shadow puppets, paper cutting and mask making.Each part of the museum will be explained by the museum guide and then you will get to know the story behind the artworks, their hidden meaning and cultural allusions. You can learn and understand a lot about China through those artworks.

The last part is really the highlight of the museum. You will sit down at table with ink and brushes and learn how to write the Chinese characters.
Duration: 1 hour

Stop At: Xi'an, Xi'an, Shaanxi
Lunch will be done on the intangible cultural gourmet street, where you can feast yourself on any kind of food .
You can enjoy local Han people's snackand food at the different small workshop. The dilemma will be in choosing.

Stop At: Big Wild Goose Pagoda (Dayanta), Enci Temple The southern part of Yata Road, Yanta District, Xi'an 710061 China
After lunch, you will visit the Big Wild Goose Pagoda which has been standing in the Buddism temple for more than 1300 years and is deemed as the symbol of ancient xi’an city. XUANZANG ,the famous monk of Tang dynasty obtained the Buddhist scripture from India and translated these scriptures in this temple.
Duration: 40 minutes

Stop At: Xi'an, Xi'an, Shaanxi
In the evening, you will have a night tour and go to the Nightless city of Great Tang. which is longest culture and commerical pedestrian street in the world.It is the perfect of interjunction for traditional culture and moden business and also is bussiness card of xi'an for the world. After this night tour, you will be sent back to hotel.
Duration: 50 minutes

Write a review
Traveller rating
Traveller type
Time of year
Language
Selected filters
Popular mentions
Cherry L wrote a review 2 Jan
1 contribution
Xian private tour guide - Jasmine
Jasmine was terrific. She allowed us to create an itinerary of what we wanted to see and even made suggestions. Excellent and friendly personality and well knowledge of Xian and site’s history. We made a great choice. Highly recommended Ms. Jasmine Her contact no: +86…
Read more
Date of experience: December 2019
Helpful
Share
expatjenn wrote a review Sep 2019
2 contributions
Great time with incredible food and lots of fun!
We were two families with 4 adults and 4 kids. Day 1 was tailored toward the adults and Day 2 the kids, but everyone enjoyed all the activities and sightseeing. We aren't the fastest bunch, but Jasmine was so incredibly accommodating and gracious. We tried to pack as much in two…
Read more
Date of experience: September 2019
Helpful
Share
Maps316157 wrote a review Jul 2019
1 contribution
Some amazing experiences..
Our tour did not warrant two days. Our guide was very good the first day but the next day she did not want to be there. We chose a one hour lunch the first day and dropped home at five pm. The next day we did not climb the wall. And we’re dropped hom at one pm.
Read more
Date of experience: July 2019
Helpful
Share
Response from Jasmine Bai , Manager at 2-Days Xi'an Private Tour with hightlighs and night tour
Responded 9 Jul 2019
Dear Mr Joseph Thank you for choosing our service and sharing your review. We are glad to hear that you were satisfied with service of our guide Linda on the first day. On the second day, you told guide you were not able to clime the city wall because your back was ever injured, so you gave up this site. Normal we leave 1 or 1.5hours on the city wall for tourists. At the time, you did not say and show you want to visit the other site. After this, you got to the gourmet street where most of tourists would spend at least one hour to see and try the food on many local food stalls and in the snack workshops, but you two finished very quickly because your wife said her stomach was not well. Then, before you were brought to the hotel , the guide still asked if you need meal at local restaurant and she could order meal for you . You said you can do it by yourself. Finally, guide kindly helped you arrange the airport delivery service in the hotel for the next day We take every client’s opinion and review seriously and like to learn from the experience. If tourists are not able to visit the site because of some special reason, we may let the guide ask tourists if they like to change the new site to visit. Thank you again Mr Joseph
Read more
Fitmumhk wrote a review Apr 2019
Asia1 contribution
Educational Xian tour
We had an amazing time in Xian with two children - the private tour was very accommodating and educational. Tour schedule was crafted much to suit our needs. Xian has such unbelievable rich history and seeing the Terracota warriors just was an experience not to be missed! …
Read more
Date of experience: April 2019
Helpful
Share
Simone H wrote a review Apr 2019
Sydney, Australia2 contributions1 helpful vote
Terracotta Warriors, Artist Quarters & great food! :)
We had a busy but wonderful visit to Xi'an thanks to Jasmine! She managed for us to see a lot in 1.5 days... the Terracotta Warriors, farmers house, Muslin St., shadow puppet show, artist quarters and we had a delicious lunch (and other good restaurant recommendations). Thank…
Read more
Date of experience: April 2019
Helpful
Share
PreviousNext
12
About the operator
By: Travel Xi'an Guide
109 reviews

Cherry L
10
Xian private tour guide - Jasmine
Jasmine was terrific. She allowed us to create an itinerary of what we wanted to see and even made suggestions.…
Read more

Dyliu1
Worcester, Massachusetts
10
Private Tour was Excellent!
This private tour with Jasmine was perfect for my husband and I. We had an approximately 5.5 hour tour with…
Read more

TanjaFlower
168
Great Day Trip Tour!
We've been in Chengdu and unfortunately not enough time to visit beautiful Xi'an as well. But we didn't want to…
Read more

Diane96816
Boston, Massachusetts
124
If you need a guide in Xi'an, call Jasmine!
Jasmine shared lots of information, had great advice, and - most importantly - was very flexible and…
Read more

Passenger36379416074
Washington DC, District of Columbia
10
3 Wonderful Days in Xi'an
Jasmine Bai arranged for a driver to meet us at the airport and take us to our hotel. Faultless. Jasmine met us…
Read more

expatjenn
20
Great time with incredible food and lots of fun!
We were two families with 4 adults and 4 kids. Day 1 was tailored toward the adults and Day 2 the kids, but…
Read more 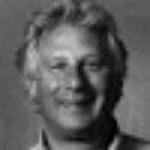 84danielt
Salt Lake City, Utah
30
A great Xi’an tour guide
Our Audley personal trip to Xi’an was made very special by having their chosen guide, Jo, taking great care of us.…
Read more

Thereisnospoon-AU
Budapest
30
Great day, wealth of knowledge and delicious food
We had a great time with Jasmine as our guide. She is a wealth of information and a walking encyclopedia of…
Read more

usa2027
Shanghai, China
10
Fantastic tour of Xian with Travel Xian Guide owner Jasmine
We recently spent 3 weeks in China and the most memorable part of the trip was the 2 days spent with Jasmine in…
Read more

Maps316157
10
Some amazing experiences..
Our tour did not warrant two days. Our guide was very good the first day but the next day she did not want to be…
Read more

Manon7777
Quebec, Canada
20
our best excursion in China
We are a family of 5. We all loved Jasmine! We discovered succulent dishes and also met super nice people! We…
Read more

Fitmumhk
Asia
10
Educational Xian tour
We had an amazing time in Xian with two children - the private tour was very accommodating and educational. Tour…
Read more

SimoneH0505
Sydney, Australia
21
Terracotta Warriors, Artist Quarters & great food! :)
We had a busy but wonderful visit to Xi'an thanks to Jasmine! She managed for us to see a lot in 1.5 days... the…
Read more 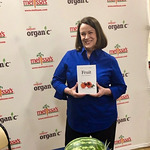