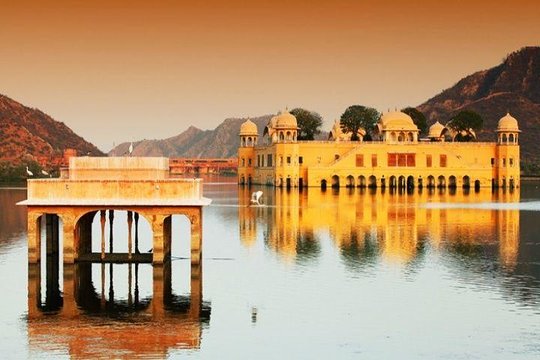 Select Date and Travellers
From
US$80.00
(Price varies by group size)
Date
2 travellers
Options
Select tour language
Free Cancellation up to 24 hours in advance
Low Price GuaranteeNo Booking Fees
Overview
What to Expect
Day 1: Delhi City Tour and Drive to Agra (L) Pickup from Delhi/Airport in Delhi at 9am and proceed to City tour of Delhi. In New Delhi, visit the 11th century Qutab Minar Tower, built by Qutub-ud-din Aibek of the Slave Dynastie, who took possession of Delhi in 1206. The India Gate, a memorial raised in honor of the Indian soldiers martyred during the Afghan war and drive past the grand government buildings the President’s House and Parliament House all dating back to the time of British Raj. Early evening, the drive to Agra will take approx 3-hours via the express way. Overnight: Four Point by Sheraton or similar

Day 2: Agra City Tour and drive to Jaipur - 149 mi/240 km (B,L) 6am at sunrise, the magnificent Taj Mahal (Closed on every Friday) one of the Seven Wonders of the World and surely the most extravagant expression of love ever created. 20,000 men laboured for over 17 years to build this memorial to Shah Jahan's beloved wife. It's a wealth of white marble and semi-precious stone - undoubtedly the highlight of the tour. After breakfast visit Agra Fort, this powerful fortress of red sandstone encompasses, within its 2.5-km-long enclosure walls, the imperial city of the Mughal rulers. It comprises many fairy-tale palaces, such as the Jahangir Palace and the Khas Mahal, built by Shah Jahan; audience halls, such as the Diwan-i-Khas; and two very beautiful mosques. Then enjoy free exploring the local handicrafts and shopping centers of the city where one can look for marble inlay work, fine quality carpets, Zari and embroidery, leather goods etc. After lunch drive takes us to the old walled city of Jaipur – Founded by Maharaja Jai Singh II, this ‘pink city’ is meticulously constructed on the lines of the Shilpa – Shastra, an ancient Hindu treatise on architecture. The palaces and forts of yesteryear, which were witnesses to the royal processions and splendors, are now living monuments. Overnight: Ramada or similar

Day 3: Jaipur City Tour and drive to Delhi (B,L) 8am - After breakfast check-out and visit the imposing Amber Fort. This used to be the capital of the Kachhwaha clan until Jaipur was made the official capital in 1727. See Hawa Mahal, built in 1799 by Maharaja Sawai Pratap Singh, which is the most stunning sight in the city of Jaipur. After lunch we visit City Palace, the principle residence of the ruling family and is known for its stunning architecture. Part of it now converted into a magnificent museum. Jantar Mantar, a stone observatory raised in the 18th century. If time permits, visit a cottage industry specializing in hand-woven carpets and textiles. Witness how silk carpets are handmade Evening transfer to Delhi. On arrival, you'll be dropped off at your hotel or the airport
Show More
Important Information
Departure Point
hotel/airport
Departure Time
8:00 AM
Duration
3 days
Return Details
hotel/airport
Inclusions
Exclusions
Show More
Additional Info
Cancellation Policy
For a full refund, cancel at least 24 hours in advance of the start date of the experience.

WhenMarkTravels
10
Throughly enjoyable but with a couple of surprises...
The trip to Agra was very special. Overall, we felt it was well organized and thoughtfully put together. The…
Read more

Kevin R
20
Perfect
We had a fantastic day. Our guide, Hilal, picked us up at our hotel for sightseeing in Agra. We went to the Taj…
Read more 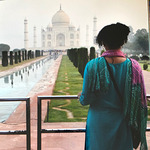 Missesonthego
Panama City, Panama
31
Great tour
This was a delightful tour, our guide Kash, was very helpful. He even carried our water bottles and helped with…
Read more

DevMu
20
2 day Golden triangle tour
Excellent trip made possible only due to the great service by Ram Kumar, Hussain and Sunil who made the tour truly…
Read more

455TN
20
Beautiful and informative Agra trip
My second day in India and Hilal was my tour guide. He was very informative and took good care of me. I would not…
Read more

nkumara1976
10
Delhi Agra & Jim Corbett tour package
We had a 7 day tour package which started from the 27th of April 2019. We had a very good driver Sri Ashok who was…
Read more

PCScholes
Leeds, United Kingdom
41
Taj Visit and Varanasi
We visited the Taj Mahal and Varanasi with Mr Juma organising both tours. Mr Hussain was our guide in Agra and Mr…
Read more

SNair_Paul
Leeds, United Kingdom
22
Visit to Taj and Varanasi
We visited the Taj and Varanasi which was coordinated by Mr Juma. Our guide for the Taj was Mr Hussain and Mr…
Read more

Nick M
30
Rahul is an awesome driver
I can't comment on the Taj Trip tour in itself as my girlfriend and I did not use this during our time in India,…
Read more

Maher A
10
Agra day trip
This is the best driver we take it India, the is helpful , honest, have an excellent experience and information,…
Read more

Bhavesh P
10
Thank you for a wonderful and safe trip
It was a great experience travelling with Rahul bhaya our escort in this trip - very punctual, honest and great…
Read more

Rohit J
10
Great honest service
Excellent tour by 'taj trip and driver . rahul our driver for the duration ,was friendly and knowledgeable all the…
Read more

Rohitsanju
10
Save journey
Going with taj trip travels for a delhi agra tour was a great . my this short trip a memorable trip of my life…
Read more