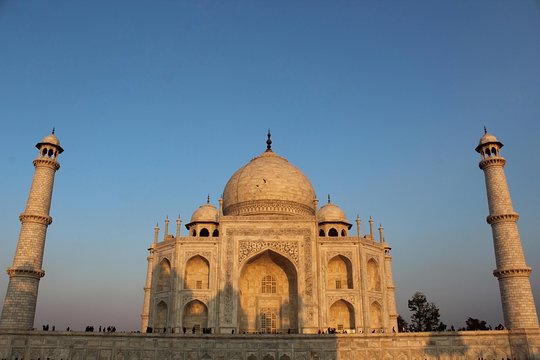 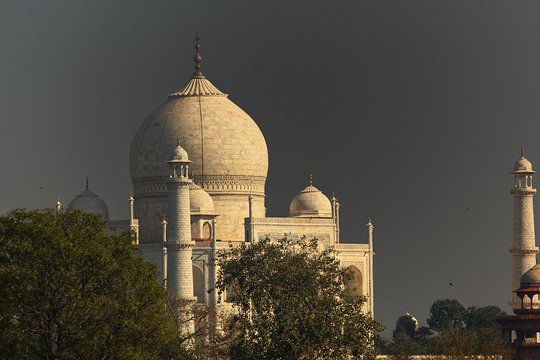 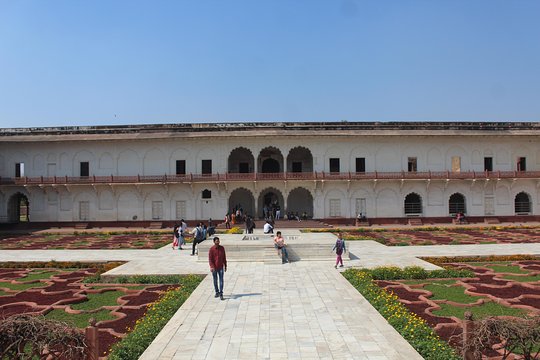 Our Driver will come to pick-up you from Delhi hotel or Airport in Delhi. Proceed to Agra. This will take around 3.5 hrs to reach Agra from New Yamuna Expressway
Duration: 3 hours

Stop At: Agra Fort Rakabgani, Agra 282003 India
When you arrive Agra, check-in to the Agra hotel. Your tour guide will meet you at the same time in the Hotel lobby waiting for you. Later after having lunch Visit Agra Fort.

Around 02:30 visit world heritage site of Agra. Agra Fort! Agra Fort was built by Akbar in 1565 and completed in 1573 after Akbar his grandson shah Jahan also added some buildings in white marble in the same time of Taj Mahal.
Duration: 1 hour

Stop At: Tomb of Itimad-ud-Daulah, Yamuna River, Agra 282001 India
See the Baby Taj, located on the opposite bank of the Yamuna river. It was built by Noorjahan in the memory of her father.

Stop At: Mehtab Bagh, Nagla Devjit Etmadpur, Agra India
After Baby taj, Visit Mehtab Bagh to watch the spectacular sunset over the Taj Mahal. After sightseeing come back to the hotel.
Duration: 1 hour

Stop At: Taj Mahal, Dharmapuri, Forest Colony, Tajganj, Agra 282001 India
In the morning, at the time of sunrise, visit the Taj Mahal. The Taj Mahal was built by Mughal Emperor Shah Jahan in the memory of his beloved queen Mumtaz. Construction started 1631 and was completed in 1653. It took around 22 years to built and 20 thousand workers worked on it. We will spend around 2 hrs in the Taj Mahal and after head back to the hotel for breakfast.
Duration: 2 hours

Stop At: Fatehpur Sikri India
After breakfast and check-out from hotel. last stop to see Fatehpur Sikri, the deserted 16th-century capital of the Mughal Empire. As you walk around the complex and adjoining Jama Masjid mosque and Victory Gate (Buland Darwaza), learn how Fatehpur was built in 1539 and then abandoned just a decade late
Duration: 2 hours

Stop At: Delhi Airport, New Delhi, Delhi 110037, India
Later drive back to Delhi with a beautiful memory from Agra city. Drop back to your preferred location or airport in Delhi.

No meals included on this day.
No accommodation included on this day.
Show More
Important Information
Departure Point
Traveler pickup is offered
Duration
2 days
Inclusions
Exclusions
Show More
Additional Info
Cancellation Policy
For a full refund, cancel at least 24 hours in advance of the start date of the experience.
6Reviews0Q&A

Hana
10
Amazing tour
Mohd was a very helpful guide. I came twice to agra and this one definitely better than previous one. All the…
Read more

Subramaniam K
Fremont, California
10
Extremely flexible, informative and helpful
Our trip was a whirlwind tour of Jaipur, Delhi, and Agra. By the time we wanted to get to Agra, we weren't too…
Read more

Nic the traveler
20
Tour of the Taj
Sadik was full of interesting information about the Taj and Indian culture. He made our trip to Agra so special. I…
Read more

Tania Bronstein
10
Inspiring & informed and helpful
Nabeel is a fantastic guide amd ask him for a photo. He is the best photographer in the whole of India
Read more

Katelyn M
10
Enjoyable day!
We went to the Taj with our 2 year old son, and another couple. It was a very enjoyable time! The trip was very…
Read more