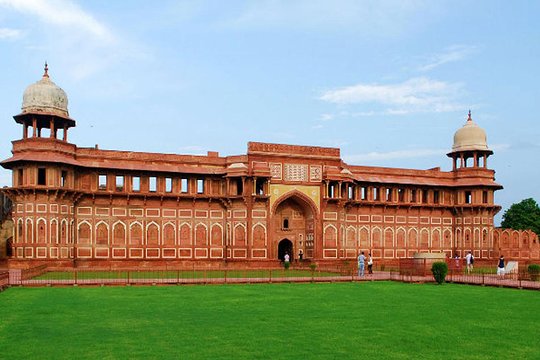 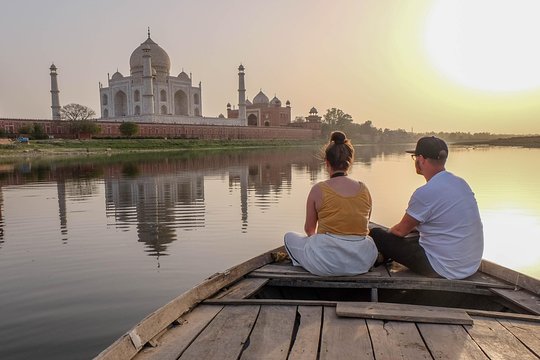 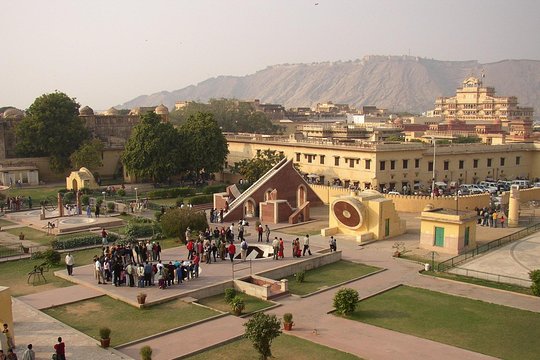 Stop At: Qutub Minar, Qutb Minar, Mehrauli, New Delhi 110030 India
The Qutb Minar, also spelled as Qutab Minar or Qutub Minar, is a minaret that forms part of the Qutb complex, a UNESCO World Heritage Site in the Mehrauli area of Delhi, India. Qutb Minar is a 73-metre tall tapering tower of five storeys, with a 14.3 metres base diameter, reducing to 2.7 metres at the top of the peak
Duration: 1 hour

Stop At: India Gate, Rajpath Near Connaught Place New Delhi, New Delhi 110001 India
The All India War Memorial, popularly known as the India Gate, is located along the Rajpath in New Delhi. The imposing structure of India Gate is an awe-inspiring sight and is often compared to the Arch de Triomphe in France, the Gateway of India in Mumbai and the Arch of Constantine in Rome. This 42-meter tall historical structure was designed by Sir Edwin Lutyens and is one of the largest war memorials in the country. India Gate is also famous for hosting the Republic Day Parade every year. If you are keen to know more about World War I, you should head out to India Gate. It is also a treat for architecture lovers.
Duration: 30 minutes

Stop At: Parliament House, Sansad Marg, New Delhi 110002 India
Parliament House or Sansad Bhavan is one of the most impressive buildings in Delhi. Located at the end of Sansad Marg the Parliament Building was designed by British architect Edwin Lutyens and Herbert Baker. This iconic building was inaugurated in 1927 by Lord Irwin, the then Governor-General of India.

Stop At: Taj Mahal, Dharmapuri, Forest Colony, Tajganj, Agra 282001 India
What is widely considered as the most beautiful building in the world, Taj Mahal is located in the historical city of Agra. It was built by the Mughal Emperor Shah Jahan as a memorial for his third wife, Mumtaz Mahal. Constructed entirely out of white marble in the 17th century, it is among the finest edifices of Mughal architecture. Recognised by the UNESCO as a world heritage site, this monument is also considered to be one of the seven wonders of the modern world. Every year visitors numbering more than the entire population of Agra pass through the magnificent gates to catch a glimpse of this breathtaking monument, and only a few leave disappointed. Shah Jahan said about the Taj that it made "the sun and the moon shed tears from their eyes".
Duration: 2 hours

Stop At: Agra Fort Rakabgani, Agra 282003 India
Agra Fort is one of the most special monuments built by the Mughals and has richly decorated buildings. It is the perfect example of the Mughal style of art and architecture and is one of the most visited tourist spots in Agra. Built purely out of red sandstone, this expansive architecture stands out against the soft azure of the sky. Within the premises of the fort lie the most exquisite structures of the Mughals like the Pearl Mosque, Diwan-i I Khas, Diwan-i I Aam, Moti Masjid and Jahangiri Mahal. Each and every one of these edifices has remarkable handiwork and ornamentation that make this place a delight for every history and architecture lover. You can also get a splendid view of Taj Mahal from the Agra Fort!
Duration: 1 hour

Stop At: Fatehpur Sikri, Fatehpur Sikri, Agra District, Uttar Pradesh
A city, predominantly made of red sandstone, Fatehpur Sikri was founded in 16th century by Mughal Emperor Akbar. It is essentially a fortified city built by the king and had been the capital of his Empire for fifteen years. Now a UNESCO world heritage site and a famous tourist attraction, it is a fine example of Mughal architecture. Fatehpur Sikri is home to Jodha Bai's palace, Jama Mosque, Buland Darwaza, and a Tomb of Salim Chisti among many other famous monuments, each of which, is an integral part of the Indian heritage.
Duration: 2 hours

Stop At: Amber Fort, Amer, Jaipur 302001 India
In the Pink City of Jaipur, cradled on the top of the Aravali Hill lies the Amer Fort, one of the most magnificent palaces in India. Also commonly known as the Amber Fort, this majestic building with its maze-like passages and serpentine staircases is an architectural masterpiece and with significant importance in Indian history. Only 11 kilometres away from the capital city of Jaipur, Amer Fort is clad in pink and yellow sandstone and is a part of an extensive complex. Built by one of the most trusted generals of Akbar, Maharaja Man Singh I in the year 1592, Amer Fort served as the main residence of the Rajput Rulers.
Duration: 2 hours

Stop At: Hawa Mahal - Palace of Wind, Hawa Mahal Tripolia Bazaar Road Badi Choupad, J.D.A. Market, Pink City, Jaipur 302002 India
Hawa Mahal is a structure made of red and pink sandstone and has a pyramidal structure which almost resembles a crown. It has been embellished with 953 tiny windows, also known as 'Jharokhas' and embellished with gorgeous latticework. From within, the Hawa Mahal palace is based on five floors each of which has a uniquely decorated chamber. A charming fountain welcomes you inside the main palace, from whereon you can make your way up to the different floors. The top of the palace offers a brilliant view of the City Palace, Jantar Mantar and the ever-busy Siredeori Bazar. There is a small museum as well which holds some rich relics and miniature paintings.
Duration: 1 hour

Stop At: City Palace of Jaipur, Tripolia Bazar Near Jantar Mantar, Jaipur 3023002 India
The City Palace complex is spread over a large area occupying one seventh of the old city of Jaipur. It has a sequence of gardens, buildings and courtyards, temple and museum to give it a grand view that reflects its historical importance and magnificent royal grace. Its outer boundary was built by Raja Jai Singh and other structures by his successors to add charm to it. It also served as a residence for former Maharaja of Jaipur.
Duration: 1 hour

Stop At: Jantar Mantar - Jaipur, Tripoliya Bazaar near entrance to City Palace, Jaipur 302020 India
The Jantar Mantar is a collection of nineteen architectural astronomical instruments built by the Kachwaha Rajput king Sawai Jai Singh II, the founder of Jaipur, Rajasthan. The monument was completed in 1734. It features the world's largest stone sundial, and is a UNESCO World Heritage site
Duration: 1 hour

Meals included:
• Breakfast
No accommodation included on this day.
Show More
Important Information
Departure Point
Traveler pickup is offered
Our driver Will meet you at your location in Delhi Airport or any hotel.

Arvind2286
Kuala Lumpur, Malaysia
20
“Excellent”
Personally I felt the services are very good in fact they are very detailed and they organise everything properly…
Read more

San1707
10
Raj is amazing!!!!
My trip to India was wonderful thanks to Raj. He is simply the best. He made sure that me and my family have the…
Read more

171rajneshr
20
RAJ is a beauty
Raj was EXCELLENT to us, helping us find everything we needed. Our trip would’ve been a mess without him. It was…
Read more

Apassiontotravel
Melbourne, Australia
21
An impromptu tour of Delhi
I was lucky enough to be introduced to Raj today and have him as a tour guide. He made up a tour on the spot…
Read more

DebiCIW
21
Raj Mishra is the BEST tour host EVER!
The whole tour was fantastic...way beyond expectations! I was hesitant to travel alone but Raj made sure I was…
Read more

ivanwidyan
10
Delhi with Raj
Awesome and professional tour guide, he is very nice and honest about the places we visited. He could manage the…
Read more

pamkaur82
11
First Class Tour Guide!
We travelled from Amritsar to Delhi and arrived late to find our hotel was filthy with no air conditioning. We…
Read more

Wulan A
Jakarta, Indonesia
133
Best guide in delhi
The first time we landed in Delhi we were picked up by Raj, we were satisfied with all the services, Raj very…
Read more 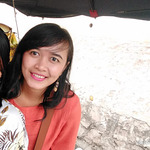 Gekanggi
Bali, Indonesia
45
One day at delhi with raj
Thank you raj for guiding us strolling around Delhi.. Raj very proactive person, funny and make me feel safe every…
Read more 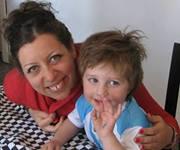 NataliaD3106
30
Amazing India, Incredible India qitha a lovely guy
We traveled to India (Delhi, Agra, Varanasi, Rajashtan) with Raj who was the best guide ever thought. He used to…
Read more 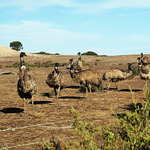 LehanneW1
Sawtell, Australia
10
Honey to my rescue
Travelling as a single mature aged woman, l found out the hard way that not every tuk-tuk driver in Delhi has your…
Read more

Sharmila T
31
Amazing trip
Thanks a lot Raj for the three great consecutive trips in India. No worries when he was here. He took care of my…
Read more