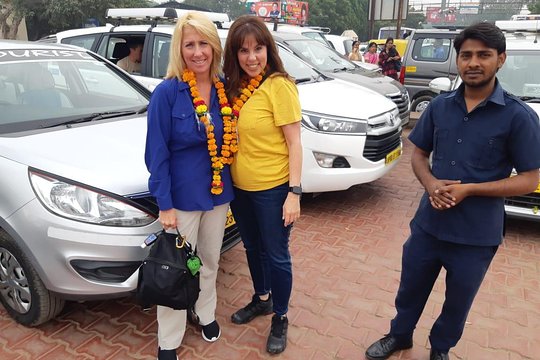 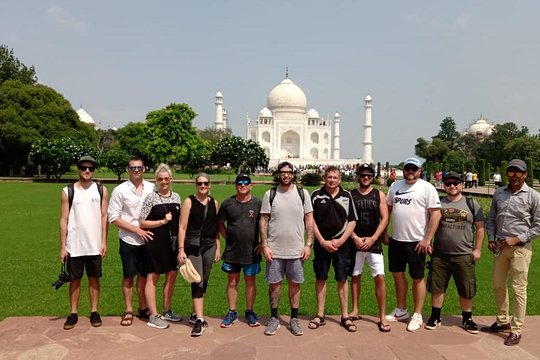 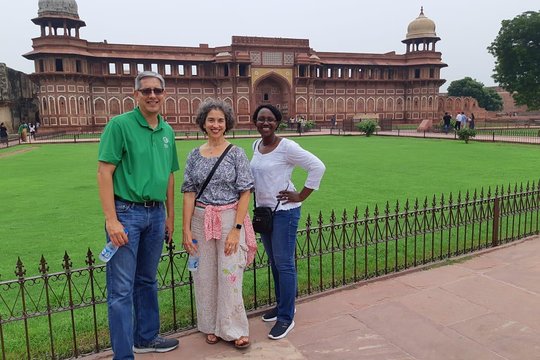 Select Date and Travellers
From
US$90.00
(Price varies by group size)
Date
2 travellers
Free Cancellation up to 24 hours in advance
Low Price GuaranteeNo Booking Fees
Overview
What to Expect
Itinerary
This is a typical itinerary for this product

Pickup from Hotel in Delhi and Transfer to Hazrat Nizamuddin railway station.

8:10 AM : Gatimaan Express Train to Agra

9:50 AM - When you arrive in Agra, your guide and driver would be waiting to welcome you in front of the exit of the railway station (Agra Cantonment) with your name board

10:30 AM - then take you to the magnificent 16th-century monument and one of the seven wonders of the world - the Taj Mahal, built with love and affection by the Emperor Shah Jahan to his wife Mumtaz Mahal.

Afterward, you will explore the heart of the Mughal Empire, Agra Fort. This building itself will give you a view of the glorious rule of the Mughals. You'll learn the history of Emperor Shah Jahan and Akhbar the Great, who made the fort in the mid-15th century. After the fort, you will head towards to a popular restaurant to have lunch(not include in price)

you will visit the 'BabyTaj Mahal' or Tomb of Itimad-ud-Daulah. The tomb is also an architectural marvel situated on the bank of Yamuna. Your guide will explain its fascinating history and exquisite architectural carving work.

17.00pm you will head towards Agra Cantonment Station for boarding the train back to Delhi. Sit peacefully in the train.

Your train arrives to Delhi at 19.00pm where a driver will come to pick you up from the station and drop you back to your hotel or airport for your onward journey.
Show More
Important Information
Departure Point
Traveler pickup is offered
New Delhi, National Capital Territory of Delhi
Departure Time
6:00 AM
Duration
14h
Inclusions
Exclusions
Show More
Additional Info
Cancellation Policy
For a full refund, cancel at least 24 hours in advance of the start date of the experience.