Your professional Guide in Casamance 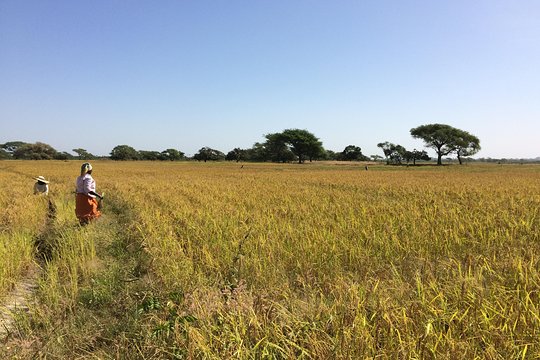 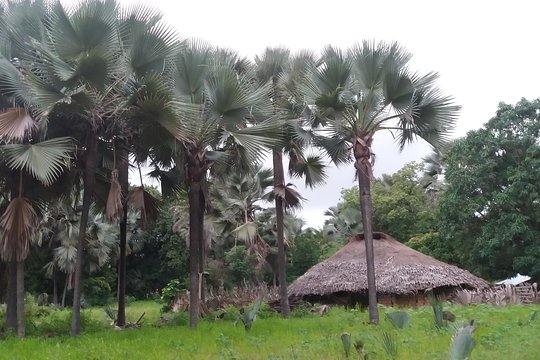 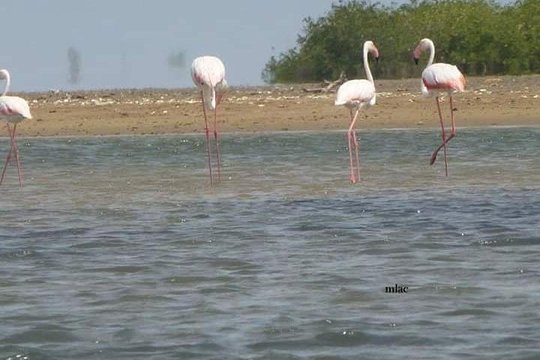 Special Offer
Book by February 7 to save 5% off our previously offered price!
Select Date and Travellers
FromUS$706.69
US$671.35
Date
2 travellers
Free Cancellation up to 7 days in advance
Low Price GuaranteeNo Booking Fees
Overview
What to Expect
Itinerary

Day 1: Visit to the king of Oussouye, the cashew nut transformer, and tour in the bush with palm wine harvester

Stop At: Oussouye, Oussouye, Ziguinchor Region, Casamance
In that first day visit you 'll have the opportunity to meet the king of Oussouye and interact with him. The King is a religious, spiritual and traditional leader of the animist Diolas of the group of Flups . These diolas believe in a god called Ata Emit. Multiple minds allow relationships between God and men. One of his counselors describes the king as a "collaborator of God (who) receives the offerings, prays and intercedes" with the spirits.
The King of Oussouye is responsible for ensuring peace and social cohesion. In case of conflict, he is consulted and his role is to reconcile the parties. His enthronement in full conflict in Casamance would have had the effect of stopping the fighting in this area.
He also ensures that each of his subjects has food, distributing the rice from the royal fields, cultivated by the surrounding villagers. This rice is also used for the meal of the big annual festival, Houmabeul in diola . This festival is held at the end of the winter , in September or early October.
The current king of Oussouye is Sibilumbaï Diedhiou (Olivier Diedhiou before his enthronement). He was inducted on January 17, 2000, 16 years after the death of his predecessor Sibacouyane Diabone. The king is appointed by the elders. He comes from one of the three main families of Oussouye .
After the visit of thte king you 'll see The cashew trees of Joseph in the village of Segalene are over 50 years old the cashew trees have been planted by Joseph's father. From the end of March to July the fruits will be harvested in 3 harvests. We do not pick these tall trees. We let the fruit fall and we pick them up.
And you 'll finish the half day in the bush with the harvester of palm wine. who 'll demonstrate on how to collect the wine plus a time of tasting.
Duration: 6 hours

Day 2: Tour in the bolong, Carabane isalnd plus 3 other islands. the park of birds , the mangroves.

Stop At: Les Paletuviers, Cap Skirring, Cap Skiring Senegal
One of the main attractions of the area is the Casamance river. It features a labyrinth of picturesque creeks and lagoons and is dotted with small islands, areas of palm grove, forest , mangrove swamp and lush estuary vegetation. It is a perfect place to tour on foot, by bike or by pirogue. During the dry season it is a temporary home to millions of migratory birds.
The Island of Carabane, which was the first French counter in this warlike Casamance resistant to European explorers, is a strange place where life seems to have stopped two centuries ago. The ruined Breton church, a reminder of a glorious colonial past, only accentuates this feeling of desolation.
It is for its atmosphere that you will go to Carabane. No roads, no cars or even water or electricity. Each camp or hotel is autonomous thanks to wells and generators. You will understand after a brief visit of the island that its inhabitants are above all farmers. In fact, the rice fields occupy most of the land. Another good part (south side) is uninhabitable and unusable because covered with mangrove and salt water at high tide. The village is very small and unmistakably gives off a feeling of well-being, of Paradise. A good coconut full of milk will convince you! If you wish, you can swim - why not with dolphins that are very often visible in this area - but know that the water of the estuary, even if it is not polluted, is laden with silt and dirt.
One of Carabane's curiosities is Captain Protet's tomb. This officer of the French colonial army killed by a poisoned arrow shot by the warriors diolas wanted to be buried standing. He even asked that a hole be left in the top of his grave so that he could ever watch those "rebels" who killed him. Some religious thought it was good, later in history, to plug this hole. The Senegalese government could learn from this history lesson.
This day visit will end with a time of lunch in the small island of Ehidj.
.
Duration: 5 hours

Day 3: Visit in the traditional village of the queen Aline Sitoe Diatta, Cabrousse, the outdoor museum of Kadioute

Stop At: Les Paletuviers, Cap Skirring, Cap Skiring Senegal
1- On that last day of tour we 'll visit the traditional and beautiful village of Cabrousse, the village of the national heroin, Aline Sitoe Diatta. Aline Sitoé Diatta (between 1910 and 1920 - 1944), sometimes nicknamed "Joan of Arc of Africa", is a heroine of the anti-colonialist resistance in Casamance in Senegal.

2- Visit of the outdoor museum of Kadiout. This outdoor museum presented by Joseph shows us all objects Diola traditions, musical instruments, tools used for fishing, cooking, African fetishes, held wrestlers with different colored cloths according to age group, the equipment used to collect the palm wine.
All utensils are made with elements from nature.
The objects are nestled in the hollow of cheese from which the museum named "Kadioute" meaning hole in Diola.
This very educational visit tells us much about the customs of the Diola. Their remarkable rooting may be evidence of the antiquity of their presence in the Lower Casamance. This is the most representative ethnic group in the region.
Diola especially practice irrigated rice. They have developed a variety of rice, the staple of all their food. It is always consumed ground into flour.

3-Visit of the traditional village of Djimbering, with its giants kapok trees.

4-That day tour will end with a long walk along the beautiful beach of Boucott Bay..

Traveler pickup is offered
We can pick you up at any place you stay.in Casamance.

Key Details
Why Book on Tripadvisor?