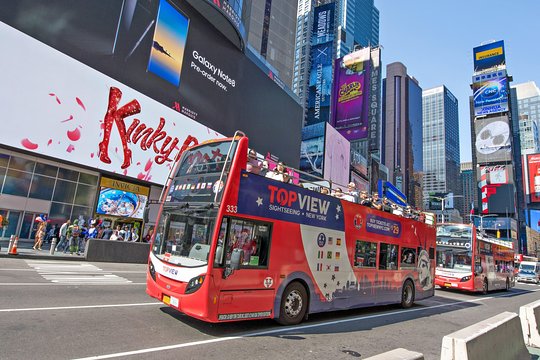 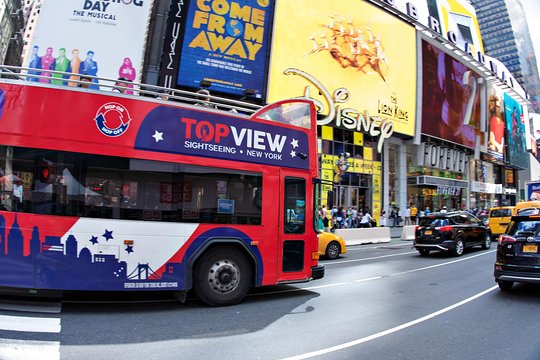 Operates: Total Duration: 150 - 2880 minutes Downtown Single Loop Pass If you want to take in all the essential sites Downtown NYC has to offer without hopping on and off, this pass is the option for you! On the Downtown Tour, expect to see Empire State Building, Times Square, Flatiron Building, Rockefeller Center, One World Trade Center, along with other attractions. Downtown Tour (Same Day) + Statue of Liberty Cruise This package is a great option to see New York attractions in the Downtown area as well as the Statue of Liberty. You will get all the perks from the Downtown Tour (Same Day): easy hop-ons & hop-offs, and views of iconic buildings (Empire State Building, Rockefeller Center, etc.) above the crowd. Plus, see Statue of Liberty up close and hear interesting stories from our experienced tour guide. Downtown Tour (Same Day) and Statue of Liberty Cruise have a seamless connection, with the cruise departure point conveniently located steps away from One World Trade Center. Limited City Pass (48 Hours) Seeing New York City in 48 hours is definitely possible! The pass includes Downtown Tour, Uptown & Harlem Tour, Statue of Liberty Cruise, and Central Park bike rental. With the included tours, you will have plenty of opportunities to explore the best of NYC and have a comprehensive sightseeing experience from land and water. Expect to see the Empire State Building, Central Park, Times Square, Statue of Liberty, SoHo, Guggenheim Museum, and more. Your 48 hours with the Limited City Pass will be filled with fun! All City Pass (72 Hours) With All City Pass (72 Hours), you will take full advantage of what NYC has to offer. From Downtown, Uptown & Harlem, Brooklyn, to Bronx, you will have the chance to explore the essential neighborhoods that distinct themselves from one another with their own culture. At night, see the city glows with lights on the Night Tour. Enjoy the water views of Statue of Liberty, Manhattan skyline, Brooklyn Bridge and more on the Statue of Liberty Cruise. Central Park bike rental and Museum of the City of New York admission are also included.

Show More
Important Information
Departure Point
You may start this tour at any of the stops listed.
Departure Time
See itinerary
Duration
2h 30m
Return Details
You may disembark at any of the available stops.
Inclusions
Exclusions
Show More
Additional Info
Cancellation Policy
All sales are final and incur 100% cancellation penalties.
70Reviews1Q&A

zrowevt
13
Completely misleading...
The "tour" was an audio tour rather than a live tour, which was not specified and the timing on every bus we took…
Read more

SiLydDon
Darlington, United Kingdom
3412
Hop on, hop off
We used this service whilst in NYC, plenty of stops and buses to jump on around the city ! Do your research before…
Read more 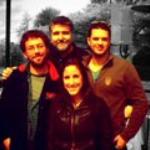 PDBJ
Canada
125
Waste of money and (more importantly) time
A hop-on-hop-off can be a good way to acquaint yourself with a city. We've done it in lots of places. It's maybe…
Read more 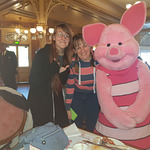 GeorginaT481
East Preston, United Kingdom
3719
Great Way to see New York City
We used the hop on hop off. We got 3 days for the price of 2 and we got so much use out of it, we managed to see…
Read more 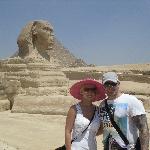 williamsNewportWales
newport wales
27
Top view what a joke.
We booked TopView sightseeing New York and I have to say what a shower of s&+t could never find a bus and when we…
Read more 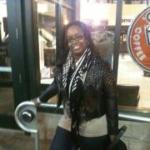 Fal L
Atlanta, Georgia
13549
Cheap and fun!
I decided to do a New York sightseeing tour on a whim and decided to go with top view. They are conveniently…
Read more

myriamg918
12
Terrible experience, not happy at all.
First, the prize deal on the web page says it ends at 11:59 pm but the deal is published every day, how can they…
Read more

ajays30
Sheffield, United Kingdom
3115
A must do whilst in NYC to see the sights and save your legs!
Fantastic service, quite expensive at $95 for 3 days travel as they put a $6 handling fee on top of the $79 charge…
Read more

megan180105
Birmingham, United Kingdom
813
RIP OFF - pay more and book with another company
I purchased 4 tickets on a 48 hours pass as we wanted to do all the tours, uptown, downtown, Brooklyn, Bronx and…
Read more 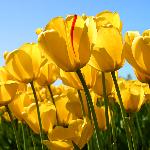 Lorrie Z
Rochester, New York
4526
Love hop on, hop offs
Let me start by mentioning the MOST FUN driver ~ Santana! (Tana, for short). Wish we had her on all the buses we…
Read more