See all things to do
Herschel Museum of Astronomy
4.5
438
#6 of 173 things to do in Bath
Science Museums
11:00 AM - 5:00 PM
Monday
1:00 PM - 5:00 PM
Tuesday
1:00 PM - 5:00 PM
Wednesday
1:00 PM - 5:00 PM
Thursday
1:00 PM - 5:00 PM
Friday
1:00 PM - 5:00 PM
Saturday
11:00 AM - 5:00 PM
Sunday
11:00 AM - 5:00 PM
Visit website
Call
Email
About
19 New King Street is a delightful and unique example of a fully restored modest Georgian townhouse. It was home to the astronomer and musician William Herschel and his sister Caroline. Particularly evocative features include Herschel’s workshop, his music room and a charming 18th Century formal garden where, with a telescope of his own construction, Herschel discovered the planet Uranus in 1781. In the Star Vault an award winning film takes you on a voyage of discovery through the universe and brings the history of the house to life. Exhibition in the modern Caroline Lucretia Gallery until 1 January 2018 is 'Wonder Women of Space'!
Suggested duration
1-2 hours
Suggest edits to improve what we show.
Improve this listing
Tours & experiences
Explore different ways to experience this place.
What is Travellers’ Choice?
Tripadvisor gives a Travellers’ Choice award to accommodations, attractions and restaurants that consistently earn great reviews from travellers and are ranked within the top 10% of properties on Tripadvisor.
Top ways to experience Herschel Museum of Astronomy
See all
The area
Address
Best nearby
We rank these restaurants and attractions by balancing reviews from our members with how close they are to this location.
Restaurants
490 within 5 kms 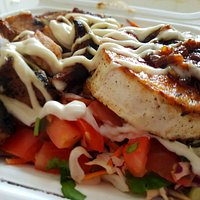 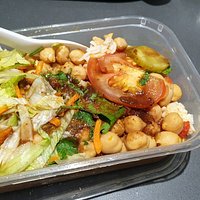 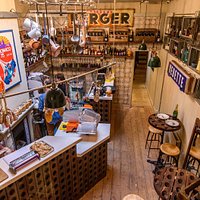 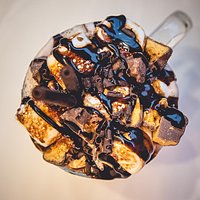 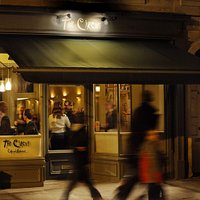 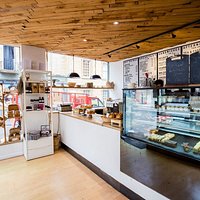 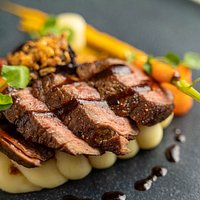 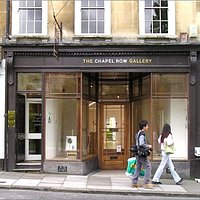 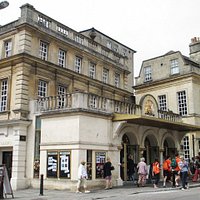 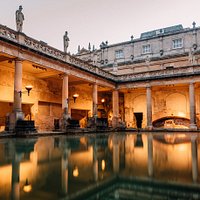 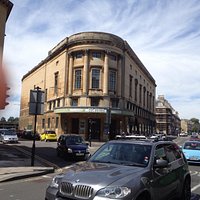 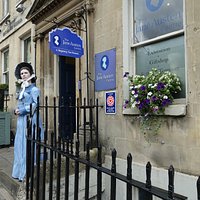 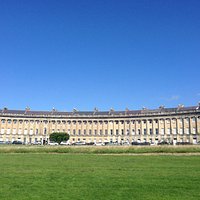 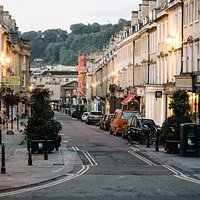 davidlI1257VZ
4 contributions
Garden from which Uranus was discovered
Mar 2020
Small but I intimate and interesting Museum in a house once rented by William Herschel and his sister Caroline. Amazing to think that he discovered Uranus using homemade telescope back in 1781!
Written 11 March 2020
This review is the subjective opinion of a Tripadvisor member and not of Tripadvisor LLC.

Techhead13
Marsascala, Malta9 contributions
Interesting history
Mar 2020 • Couples
An attraction that we didn't know existed before coming to Bath. We'll maintained and enthusiastically curated. A very interesting view into the life of Herschel and his family as well as his astronomical achievements. Well worth a visit.
Written 11 March 2020
This review is the subjective opinion of a Tripadvisor member and not of Tripadvisor LLC.

KJH
Towcester, UK45 contributions
Fascinating museum and house where Herschel discovered Uranus
Mar 2020
This little museum is well worth a visit and a very unique place. The actual garden where Herschel discovered the planet Uranus and the house where he made the telescopes and mirrors to discover it. You don't need to be interested in Astronomy to enjoy a visit here. The short video narrated by Patrick Moore provides a good background and a context to the brother and sister that lived here and made a massive contribution to documenting the night skies. The Georgian house is beautiful too. We visited with a combined Bath Preservation Trust ticket giving us entrance to No 1 the Crescent and the Museum of Architecture - great value.
Written 8 March 2020
This review is the subjective opinion of a Tripadvisor member and not of Tripadvisor LLC.

Bath Preservation Trust
Dear Karen, Many thanks for this generous review and we're very glad to hear that you enjoyed the combination ticket and felt it was good value for money. The shared link between our four museums (a visit to Beckford's Tower is included too) is the Georgian era and it's social history, architecture, discoveries and the general Age of Enlightenment. Your review means the world to us - thank you again, Janey
This response is the subjective opinion of the management representative and not of Tripadvisor LLC.

sussex_wanderers051
brighton155 contributions
Loved it!
Mar 2020
This was the home of William Herschel and his sister, both musicians and talented astronomers. William used a small workroom to build one of the finest telescopes available, laboriously grinding the hand-made mirrors, which enabled him to meticulously observe the night sky from his garden and in so doing, to discover the planet Uranus. He went on to become an adviser to King George whilst his sister, unusually for the time, was also recognised for her skills in detailed observation and for detecting 7 comets.
'Museum" perhaps puts it highly, but this house does provide a fascinating glimpse into a Georgian family that deserve to be better known.
Written 6 March 2020
This review is the subjective opinion of a Tripadvisor member and not of Tripadvisor LLC.

Davanden
Alexandria, Virginia, USA377 contributions
Two Amazing People and their House
Sep 2019
I had known about the name “Hershel” in connection with astronomy and baroque music. However, until I entered the museum I hadn’t realized that they were the same guy, William Hershel. I confess that I also knew nothing about the achievements of his sister Caroline, in both fields. William and Caroline were from Hanover, in Germany. It was then ruled by the Elector of Hanover, who happened to be King George of Britain. Their father was a musician in the Hanoverian army. William and his brother followed the family profession. Because of the dynastic connection to England, the soldiers spent part of their time there. After Hanover lost a war with France, the brothers fled to England, where William established himself as a musician and composer, leaving Caroline behind to eke out a living as a maid. As he became more prosperous, William eventually brought her to England, where she kept house for him and performed as a vocalist.

William and Caroline came to Bath when he was hired as a church organist. He taught himself about astronomy and started to build his own telescopes. Caroline assisted in making the mirrors and recording his observations from the telescope, set up in the back garden of their terrace house. William Herschel is credited with many astronomical discoveries, the most notable being the discovery of Uranus, the first planet to be discovered since ancient times. As his reputation grew, the King appointed him Astronomer Royal, after which William and Caroline left Bath for Windsor. Caroline continued her astronomical work even after William’s death. She is credited with the discovery of six comets and the publication of the first stellar catalog.

The Herschel Museum is the inverse of No. 1 Royal Crescent. That museum was about the house as an example of the lifestyle in a Georgian terrace house. Henry Sandford was part of the backstory of the dwelling. By contrast, the Herschel is about the lives of William and Caroline. The house is the setting in which they lived. It has their music room, study, and workshop. You can stand in the back garden where the telescope once stood. Of course, there are also the ordinary bedrooms, sitting room, kitchen, and so on.
Written 1 March 2020
This review is the subjective opinion of a Tripadvisor member and not of Tripadvisor LLC.

TheNard
Bradford-on-Avon, UK255 contributions
Almost hidden behind Queen's Square
Feb 2020
We almost lost this really interesting gem but glad we found it tucked away in New King Street. Fascinating to learn of the mix of music and astronomy with the Herschel family in one of their homes in Bath. Good for children as well as adults.
Written 24 February 2020
This review is the subjective opinion of a Tripadvisor member and not of Tripadvisor LLC.

14kazs
Portsmouth, UK44 contributions
Small but interesting
Feb 2020
This small museum is worth a visit even if you are not interested in astronomy. It details the lives of its 2 famous inhabitants in an interesting way with a short video to explain more.
Written 18 February 2020
This review is the subjective opinion of a Tripadvisor member and not of Tripadvisor LLC.

Bath Preservation Trust
Thank you for your kind review, in a week when the museum won a Silver Award in the South West Tourism Awards! Janey
This response is the subjective opinion of the management representative and not of Tripadvisor LLC.

Dr_David_Horgan
London, UK198 contributions
Wonderful
Oct 2019
This is a great little museum with loads of artefacts. There is loads of information about the Herschel's and their contribution to astronomy and science in general.
Written 16 December 2019
This review is the subjective opinion of a Tripadvisor member and not of Tripadvisor LLC.

CANENGSALOP
SHROPSHIRE25 contributions
Very Interesting visit
Nov 2019
An extremely interesting and informative Museum. So much to learn about a very gifted man and his sister - truly well worth a visit - to actually stand in the garden where a man 2 centuries ago discovered something new in the sky was quite breath taking. Janet the lady I met at reception on Saturday the 30th November - was very warm friendly and helpful - being a single visitor she was most attentive - much appreciated - and I will drop in next year if only to say hello as invited to !
Written 11 December 2019
This review is the subjective opinion of a Tripadvisor member and not of Tripadvisor LLC.
2
…
42
Showing results 1-10 of 419

howardcthomas
New Milton, UK12 contributions
How much for entry

Bath Preservation Trust
Bath, UK3 contributions
Dear Howard It's £6.70 admission for an adult, £3.30 for a child. There are various other rates which you can see on the website 'Visiting' page. We hope to welcome you soon, Janey
Read all replies
View all
Also popular with travellers
See all
Anything missing or inaccurate?
Suggest edits to improve what we show.
Improve this listing
Frequently Asked Questions about Herschel Museum of Astronomy