We noticed that you're using an unsupported browser. The TripAdvisor website may not display properly.We support the following browsers:
Windows: Internet Explorer, Mozilla Firefox, Google Chrome. Mac: Safari.
TonyRussell1954 wrote a review Dec 2019
Barnsley, United Kingdom19 contributions6 helpful votes
+1
A Different Cruise Experience
I wouldn’t normally write a Celebrity Cruise review so soon after the last one, but this Caribbean cruise was on the Summit was our first on a Celebrity ship that has had a refit, I believe they like to call it being revolutionised. Even the embarkation process was very different to anything we had experienced in our forty previous cruises.

Embarkation was both speedy and bewildering, speedy because we always turn up early, as despite their guidance to the contrary, boarding always starts early, and bewildering because for the first time in over forty cruises, we were not given our key cards upon check in, we were directed to our stateroom door to collect them.

Celebrity now also give you the opportunity to drop your carry on bags in your cabin. Our cabin looked ready to us so we just stayed in there and never waited till the usual 1.30, so although bewildered we actually loved the new system.

This cruise was a first back to back to back for us combining three seven day Caribbean cruises to many of the islands including St.Thomas, St. Kitts, Antigua, Barbados, Aruba, Bonaire, and Curaçao. As with all of my other reviews I concentrate on the ship rather than the ports, as we all have different expectations, particularly of ports of call.

As I have said in previous reviews, we love Antigua and St.Kitts, so we were very happy to revisit these islands more than once on this cruise, but surprisingly for us, we fell in love with a couple of the islands we had been to many times before, without fully appreciating them – Curaçao, because as part of our ship excursion we did a walking tour of the city, and saw a lot more than usual, and of course we returned to the Curaçao liquor outlet. We also fell in love with Bonaire, mainly because of the hand craft stores which had a lot more unique hand made local items, the shops were more interesting.

One of the other differences on the revolutionised Summit was they now have a ship app which my wife found particularly useful as it enabled us to keep up with everything that was happening on the ship as well as being able to keep an eye on our account.

As always, I can’t comment on the Spa as we never use it, the gym was as expected, very well equipped and seemed more spacious since the refit.

We really enjoyed the guest entertainers on the first part of this cruise, as a singer myself I would never denigrate any performers, I’ll just say we all have differing tastes and whilst the resident house bands were pretty good, but the duo and the guitarist were not to our taste. This current style of slowing the tempo right down and virtually speaking the song is not for us, so we did not spend any time outside at the Sunset Bar.

The production cast on the Summit were, as always, of a high standard, and the shows were pretty good. The dancers were awesome as were the acrobats.

Now, regarding the refit. Our cabin was much brighter, but there is no longer a coffee table, and the furniture seemed cheap. The bed was comfortable, and although we were on the 9th deck below the pool deck, we were not overly disturbed by any noise.

Nothing seemed to have changed in the Sky Lounge on Deck 11. Personally, we didn’t like the revolutionised Rendevous Lounge. We used to like the sets of two chairs around the stage and dance floor, but they have made it much more, shall we say, communal, utilising more sofas.

We did however love the design and layout in the Cosmopolitan Restaurant, and for the first time ever, we travelled Aqua Class, and absolutely loved Blu Restaurant. It’s smaller, more intimate, the menu was fine and the staff were amongst the best we have ever encountered. We received an absolute first class and personal service from our waiters Suwida and Ruslan, and we never had to wait for a table once in twenty one days.

We also loved the new Oceanview Buffet layout, the food islands are so much easier to access, and they greatly reduce the problem of having to queue, although they really could be more adventurous with the vegan and vegetarian food selection.

Oh and as we still have to work, even when we are on a cruise, the internet on the Summit was probably the best we have had too. We also enjoyed the new larger TVs although the limited American channels are still annoying.

In our experience, it’s often individual staff members who can make your cruise all the more enjoyable, and we would like to give a special mention to Joe, Jacqueline, Suwida and Ruslan in Blu Restaurant; Luibi, right up there with David as one of the best Captain’s Club hosts we have ever had, and Angelo and Randy on the bar in the Sky Lounge.

In summary, whilst for the most part, we enjoyed our first ever back to back to back, it’s not something we would do again, unless more of the ports of call were different. Whilst the immigration people are so friendly in San Juan, and you don’t even have to get off the ship at the end of each cruise, the whole process takes less than an hour, we just didn’t like having to mess about starting our account every seven days, particularly when they kept screwing up our perks, nor did we like the three sets of fire drills.

Undoubtedly, the thing that annoyed us the most is the way they decide who gets a invite to the helipad for sailaways, something we really love. So if you are concierge, you get a invite, if you pay more for Aqua class you don’t. Even more annoying was the fact that first time Celebrity cruisers were invited to the helipad but on two of the three weeks, Captains Club Elite and Elite Plus were not, so cruise once and get a invite, be loyal and cruise a lot with Celebrity and your loyalty is taken for granted. I have to say we have only experienced this on the Summit, needless to say I have contacted Celebrity’s Head Office seeking an explanation for this disincentive.

Oh and by the way, if you need reliable personal transportation in San Juan, we can thoroughly recommend Puerto Rico Green Transportation, who are very friendly and highly efficient.

OK, on a slightly different subject, over our past few cruises we have spoken to a lot of people who have cruised on the Edge. It would appear that people who are new to cruising or Celebrity like the ship, but regular Celebrity cruisers do not. We are travelling on the new Apex in April and we are concerned to hear, the new glass balcony dividers are controlled from the Bridge, and if it rains or is windy they are closed off. We would love to hear the views of our fellow Celebrity cruisers who have cruised on the new ship. Thank you
Read more
Sail Date: December 2019
Cabin Type: Balcony
Type of Trip:
Destination: Caribbean
Cabin
Dining
Service
Pools & Sundecks
Onboard Activities
Entertainment
Value
This review is the subjective opinion of a TripAdvisor member and not of TripAdvisor LLC
1 Helpful vote
Helpful
Share
Scroll below for other great reviews 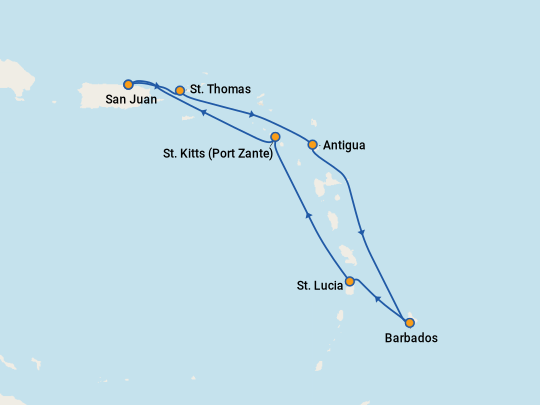 Write a review
Traveller rating
Time of year
Language
Selected filters
Mark P wrote a review 16 Jan
Erie, Pennsylvania42 contributions15 helpful votes
Great Cruise
The Ship was newly refurbished and beautiful. The staff were the most engaging and pleasant I have ever experienced on a cruise. From the officers to the dinning room staff, they never failed to greet you with a smile and pleasant conversation. I highly recommend dinning at…
Read more
Helpful
Share
DLeske wrote a review 15 Jan
Tacoma, Washington27 contributions5 helpful votes
Just ok.
Only 3 stars because of the added amenities on other ships, like rock climbing wall, better Theater shows and restrictive gaming rules. One Theater show was so poor that we walked out within minutes. Celebrity rules for table games are tighter and more restrictive than years…
Read more
Helpful
Share
I'm in a Hawaii State of Mind wrote a review 10 Jan
Syracuse, Utah235 contributions72 helpful votes
Ship remodel is beautiful! Food was the best on a ship yet
This was my 15th cruise. I have sailed Princess, Norwegian, Royal Caribbean, and Carnival so I have a little experience to compare. The standout for this ship is the modern remodel the ship just went through. The USB outlets by the bed and desk are so helpful for charging phones…
Read more
Helpful
Share
PRu wrote a review 8 Jan
2 contributions
Disappointing
Having cruised with 3 other lines in the past on several cruises sadly our first time on the Celebrity Summit was a disappointment. Although the ship had been renovated the sewage smell in 2 of our cabins was an issue. Despite attempts by the maintenance dept to correct the…
Read more
Helpful
Share
valerie p wrote a review 7 Jan
East Hartford, Connecticut10 contributions5 helpful votes
+1
First time on Celebrity
Southern Caribbean cruise was amazing. We normally cruise NCL, the clientele is closer to our age. Celebrity was wonderful but with more seasoned passengers.
Read more
Helpful
Share
PreviousNext
123456…18

Itinerary
Prices are cruise only, per person, double occupancy, and are provided by our partners. Taxes, fees and port expenses are not included. Fuel supplements may apply. Availability of prices is subject to the supplier’s pricing availability.