Service and staffs are good. Very accommodating. Rooms are well cleaned, the place is so relaxing, it's a good place to stay, unwind, for famiIy, or just pirely business. Rates are affordable, the food are so yummy. I would recommend this to my friends.

Trip type: Travelled on business
See all 120 reviews
Payments made by partners impact the order of prices displayed. Room types may vary.
Nearby Hotels 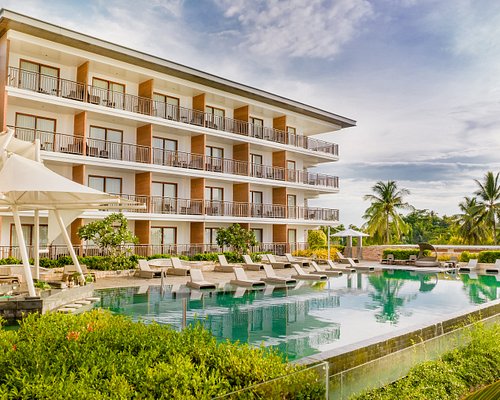 Taking safety measures
We compared the lowest prices from 4 websites 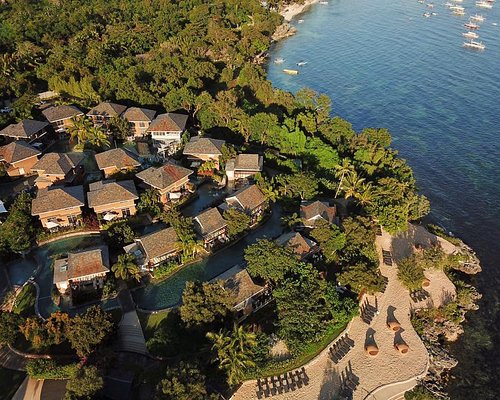 Breakfast included
BE Grand Resort Bohol
US$251
Booking.com
View deal
Free cancellation
Priceline
US$200
Agoda.com
US$173
eDreams
US$251
View all 7 deals from US$173
346 reviews
2.6 miles from Villa Formosa Bohol
We compared the lowest prices from 7 websites 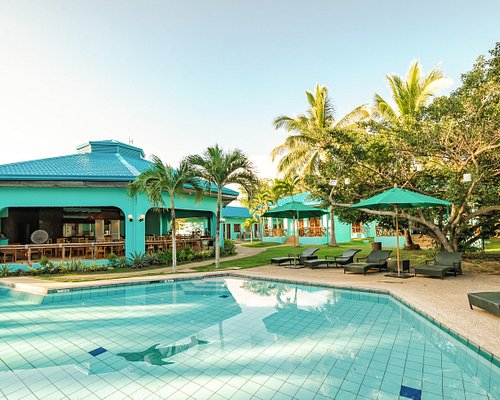 Expedia.com
View deal
Free cancellation
Pay up to 12X
Priceline
US$52
Agoda.com
US$45
Hotels.com
US$54
View all 10 deals from US$45
596 reviews
2.1 miles from Villa Formosa Bohol
We compared the lowest prices from 10 websites
Breakfast included
Bohol South Beach Hotel
US$70

Expedia.com
View deal
Free cancellation
Pay up to 12X
Priceline
US$53
Agoda.com
US$46
Booking.com
US$51
View all 12 deals from US$46
129 reviews
3.3 miles from Villa Formosa Bohol
We compared the lowest prices from 12 websites
Breakfast included
Villa Kasadya

eDreams
View deal
Expedia.com
US$58
Agoda.com
US$52
Priceline
US$63
View all 12 deals from US$52
67 reviews
2.3 miles from Villa Formosa Bohol
We compared the lowest prices from 12 websites
Top Rated
Bluewater Panglao Beach Resort
US$84

Expedia.com
View deal
Pay up to 12X
Priceline
US$95
Trip.com
US$61
Booking.com
US$90
View all 16 deals from US$61
312 reviews
2.7 miles from Villa Formosa Bohol
We compared the lowest prices from 16 websites
Breakfast included
Alona Golden Palm Resort
US$54

Expedia.com
View deal
Free cancellation
Pay up to 12X
Priceline
US$63
Agoda.com
US$40
Hotels.com
US$54
View all 9 deals from US$40
234 reviews
2.2 miles from Villa Formosa Bohol
We compared the lowest prices from 9 websites
Breakfast included
Amihan Resort
US$44

We stayed six nights at Villa Formosa as a group of four including my elderly parents. Overall, we were very happy with the accommodation. The best part was the staff who were unfailingly attentive, friendly and helpful. They really made the place feel like a friend's country house than a hotel. So thank you for that.

Breakfast included in the stay was just OK, but it was hearty and freshly made, and coffee was very good. Italian food for lunch and dinner was delicious. By local standards it was not cheap, but we were happy to pay given the quality (and it is a great deal compared to what Italian food costs where we live).

The pool is very well maintained and of a decent size for swimming. The hotel ground is big enough to provide a feeling of seclusion.

The rooms, though, were not especially great. We stayed in two deluxe bungalows. They were very clean and spacious but dark. Expect mosquitos, which are difficult to kill because of the high ceiling and all the nooks and crannies. A mosquito net of some kind would be useful should the management consider providing them. The low-flow toilet did not always flush correctly even when there was only water in the bowl and nothing else. In one of the two bungalows water was at most lukewarm in the shower. It was not a big problem as the weather was warm, but some may care about this kind of thing.

As many other people noted, the Dumaluan beach is about 5 to 10 minutes away on foot, depending on the speed of walking. The entry costs 25 pesos per person now. The beach is beautiful, much better than the more famous Alona beach, and you can see locals having a great time, especially on the weekend. Contrary to what some people have written, the two big resorts do not allow paying to use the facilities on a daily basis, at least not these days. On the other hand, the hotel restaurants are happy to have you come for meals.

If you like easy access to lots of shops and restaurants, Villa Formosa is probably not ideal, though there are some local options along the main road 10 minutes away on foot (in the opposite direction from the beach). But if you don't like being in the middle of a tourist hub and would prefer a nice beach nearby over convenience, Villa Formosa is a great choice.

This review is the subjective opinion of a Tripadvisor member and not of TripAdvisor LLC.
isabelcacha
1637
Reviewed 27 January 2018 via mobile
Wonderful

Was there for 4 nights with two friends, we booked the budget bungalow that was fantastic! Hugh porch, sofa, table, fridge, two separated rooms... best value for money I had in probably all my trips... the hotel is beautiful, swimming pool, very well looked gardens and a few metres from beach..(25 ph entrance but worth) dumaluan is the best I've seen in panglao.
Really nice staff and breakfast
Away from busy/noisy alona but close enough by triciclo for many dinning options.
Highly recommend to stay at villa Formosa

This review is the subjective opinion of a Tripadvisor member and not of TripAdvisor LLC.
WendyJeffrey
Sydney, Australia
1510
Reviewed 3 January 2018 via mobile
Lovely staff, great food but a few negatives with 3 bedroom villa

We had a great stay at Villa Formosa, Bohol
The food was fantastic, as was the pool area
Walking distance to beach but a few issues which means I would not return here
The 3 bedroom villa looked like the original house and had 2 out of 3 air conditioners which were extremely old and noisy- sounded like a tractor driving through your bedroom and both bathrooms but especially master had very stinky bathrooms
I also thought it was over priced
However the smaller villas I cannot chat about as they looked more modern from the outside

This review is the subjective opinion of a Tripadvisor member and not of TripAdvisor LLC.
chantalw357
Singapore, Singapore
1310
Reviewed 4 December 2017 via mobile
Great cozy peaceful hotel

My Best Friend and I (both female) stayed at Villa Formosa for 3 nights at the end of November to the beginning of December.

Before we arrived, I called them to let them know what time we would arrive and they mentioned they would try get the room ready for an earlier check in time. They always answer the phone and seem to be very prompt in responses.

When we arrived, my first impression was how lovely the greenery was! It was really really nice, small place but so lovely. We wanted to have a very chill holiday so the fact that there were only 6 bungalow rooms made it very peaceful and comfortable.

The woman looking after the place and her Husband were absolutely friendly!

This place is the perfect place to go to for a peaceful holiday with and doesn’t seem to ever be overcrowded. We were always the only ones in the pool with another couple.

To me, it’s more of a couples place.

Oh and they have amazing Italian food! Try their homemade pasta!!!!

PERFECT GETAWAY PLACE! Will be back :)

This review is the subjective opinion of a Tripadvisor member and not of TripAdvisor LLC.
paul n
London, United Kingdom
86
Reviewed 23 October 2017
Very good but worth knowing the following:

My wife, 5 year old son and I stayed here for 4 days. It is a lovely hotel with huge rooms most of which are detached. The pool is very nice and the staff are so friendly and very helpful (thank you Rose). Worth knowing the following points:-
1) The beach is a 10 minute walk away down a small road (steep hill) and costs approx 20 pesos per person per day as access is via another hotel.
2) No TV in the rooms - no problem and I actually enjoyed not having one.
3) A taxi into the main town is around 600 pesos each way and takes approx 20 minutes.
4) Breakfast is cooked fresh while you wait and is good. I would say the menu is a bit limited. We did not try the lunch or dinner menu.
5) Free WiFi.
6) Rooms are big, clean and basic. Really nice private patio area outside.
We all enjoyed ourselves and plan to return again next year. Thank you for a lovely stay.

It is always a pleasure to read about how much you enjoyed your time while staying with us in Villa Formosa Bohol. We're glad that you and your family had a lovely stay. Our staff are very delighted to have served you. I will make sure to share this review with Rose. Thank you for choosing Villa Formosa Bohol as your holiday destination of choice in the Philippines, and we do look forward to welcoming you back for another memorable getaway in the near future.

Report response as inappropriateThank you. We appreciate your input.
This response is the subjective opinion of the management representative and not of TripAdvisor LLC
View more reviews
PreviousNext
1234…
<script type='text/javascript' cro