“Very comfortable”
c29ZXzI1X1Y3Rg==
other travellers have booked this property 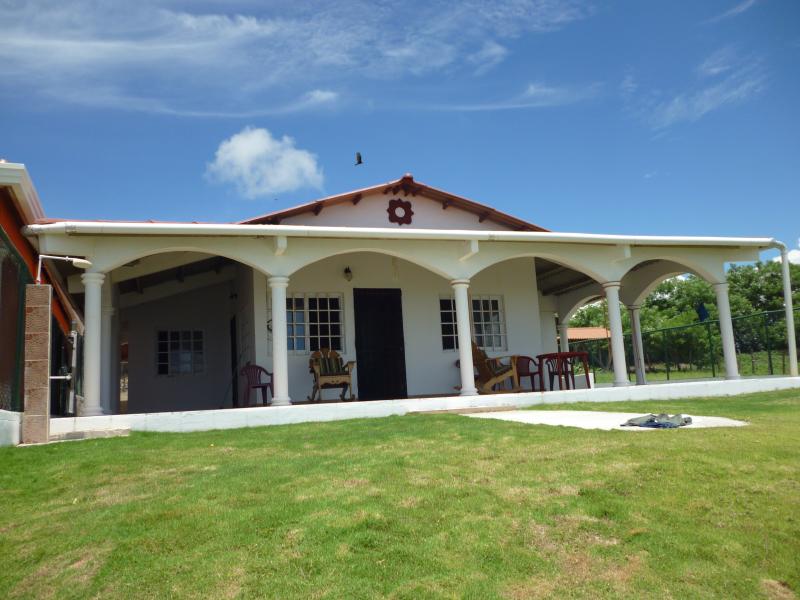 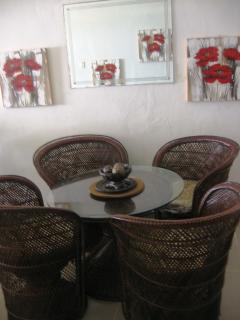 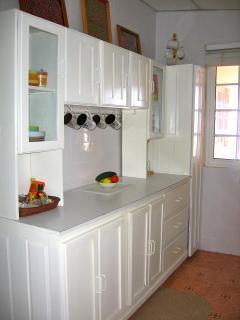 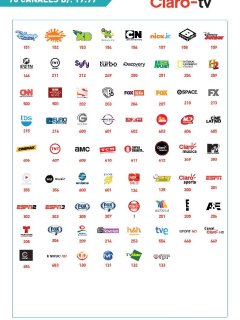 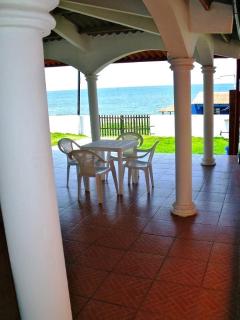 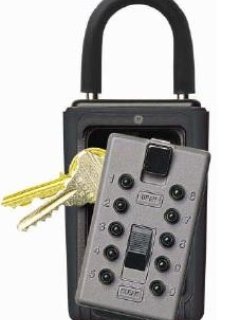 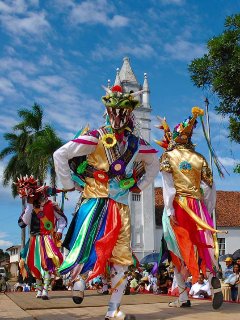 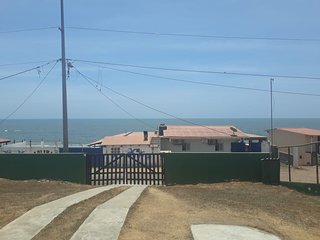 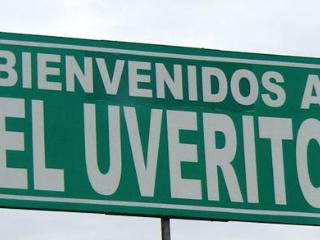 Very good - based on 36 reviews
Write a Review

Staying at this property was very nice, the beach is at your feet. And a very good beach, we were able to enjoy it mornings and afternoons,beach water was warm always.
The home had everything you need to enjoy the stay I hope to be back soon with my husband. People around and very polite ,nice andhelpful.
The only regret I have is that it was a short stay.

Date of stay: September 2016
Liked best: Ubication and confortability
Liked least: Water
Travelling group: Extended Family
Your age range 50-64
Would you recommend this hotel to a friend?   Yes.
Recommended for:
Was this review helpful? Yes
This review is the subjective opinion of a TripAdvisor member and not of TripAdvisor LLC
Problem with this review? Thank you. We appreciate your input.

My family and I liked very much .Walter´s Place. We enjoyed our stay everything excellent.
Huge portal in the front let you see the beach from there. There were a lot of cheap sea food restaurants around. I liked specially "El Capitan " restaurant. On Friday nights is an excellent place share with old friends. We enjoyed everything there night and day no complain at all.
Cable tv, wifi, and a huge collection.of movies. I want to rent again very soon.

Date of stay: June 2016
Liked best: The house was amazing
Liked least: Nothing, everything was excellent
Travelling group: Young Children
Would you recommend this hotel to a friend?   Yes.
Recommended for:
Was this review helpful? Yes
This review is the subjective opinion of a TripAdvisor member and not of TripAdvisor LLC
Problem with this review? Thank you. We appreciate your input.

We had a nice stay in Walter's beach house. It is on the second line of the beach. We were there on a Saturday, when all Panamians come to the beach to party: a lot of noise, all night long, interesting though. It has two bed rooms with air conditioning; where we could hide from the noise and heath. The house needs some TLC, but the porch is lovely. Nice restaurants nearby

Date of stay: January 2016
Travelling group: Extended Family
Your age range 50-64
Would you recommend this hotel to a friend?   Yes.
Was this review helpful? Yes
This review is the subjective opinion of a TripAdvisor member and not of TripAdvisor LLC
Problem with this review? Thank you. We appreciate your input.

My husband and I stayed here with our 3 small children for 10 days and enjoyed every minute. To be able to wake up and walk the beach every day and lay in hammocks at night was very relaxing. The home is fully furnished, especially the kitchen, which was nice. The internet worked just fine for us. We didn't have any bug issues aside from a few small wasps on the front porch, but that's nature. Aside from the crazy busy Easter weekend, the beach was completely ours. My children had a blast "exploring" on all the rocks. I can't even believe a past reviewer commented on a few rust spots in the sink, really?? To be able to stay with a family of 5, yards from the ocean, in a fully furnished house, with a secured yard, in a quiet area, for a great price, why complain about anything? Oh and Walter does a great job managing his property, from thousands of miles away, he checked on us several times to see how our stay was. We would recommend and stay again.

Date of stay: April 2015
Would you recommend this hotel to a friend?   Yes.
Was this review helpful? Yes
This review is the subjective opinion of a TripAdvisor member and not of TripAdvisor LLC
Problem with this review? Thank you. We appreciate your input.

Walter Amadee owns this Panama property but cannot effectively manage it from sunny California. He advertises Wifi, cable TV and a washing machine but in reality the cable TV hasn't worked in at least 3 months, the Wifi was spotty at best and then failed after three days as did the washing machine. Power failures are common in the area and the second one in December knocked out the washer. The incompetent local, Ricardo, whom he sent to repair it stole my Fugi fx10 camera right off the dining room table, took parts of the washer and never returned.
The kitchen sink is rusty as are the eating utensils.
During our 17-day stay we encountered one cockaroach,one cricket, zero scorpions, six wasps, three crabs, and an unknown number of termites eating the wood core of the bedroom door. The house was swept and new sheets were put upon the bed but the toilets still had someone's poop on the bottom of the seat and top of the bowl. Used toilet paper filled the waste baskets in both bathrooms.
The Playa Uverito/Las Tablas area has Atrazine in the water making it unfit for human consumption. There is a pig farm a few kilometers upwind from the house which gives off unsavory odors at various times each week. There is a garbage dump also upwind which burns garbage every day except Christmas sending the aroma of smoldering plastic, diapers and trash wafting through Playa Uverito. Towels and clothes hung on the line readily pick up the stink.
The beach has little to offer as high tide brings in flotsam and low tide leaves it there for all to see. Driftwood, plastic bags and bottles and styrafoam take-out containers litter the beach and blow about in the wind. Wear water shoes if you brave the waters there as sting rays lie about at low tide just two feet below the surface. There is also a time when thousands of sea snakes (kraits) come ashore to lay their eggs. I don't know which month that is but December wasn't it. You can Google it.

If you still think Playa Uverito is for you then there are alternatives to this property at a much lower rate ($350)/month) as opposed to $70/night. Hotel La Luna, Las Pelicanos, Posada Del Mar are a few. Ernie rents apartments near the restaurant Donde Chinto but I don't have his email address.

Date of stay: December 2014
Liked best: The view
Liked least: The stink
Travelling group: Spouse/Partner
Your age range 65+
Would you recommend this hotel to a friend?   No.
Was this review helpful? Yes
This review is the subjective opinion of a TripAdvisor member and not of TripAdvisor LLC
The Uverito Beach House has been rented successfully for over 10 years with reviews of 4 out of 5 stars. At times, there are blackouts that occur in Panama that wipe out electrical appliances/equipment. As such, the Wifi, cable TV, and new washing machine have been installed. The Wifi can be spotty at times due to the distance from Las Tablas, but it allows you to do the basics (e.g. check e-mail/search the internet...it is not fast enough to stream video). If a faster connection is needed, there are several internet cafes in Las Tablas that are relatively cheap. New battery-operated emergency lighting has been installed in the house to assist guests when the blackouts occur. The housekeeper has left the job due to your accusations of stealing a camera. He took parts of the washing machine to get them repaired. We have since replaced the housekeeper and no longer allow anybody into the house in order to avoid accusations of theft. The house is located in the tropics of Panama, so you will encounter insects, which is beyond our control. Crabs tend to come up from the beach across the street at times...just shoo them back toward the beach. Although the water is being treated by the authorities over the last 1 1/2 years, we recommend purchasing drinking water in Las Tablas. The sink, utensils, and door are being replaced. The pig farm and garbage dump are a few kilometers away. The issue of burning garbage is being investigated by the authorities and all property owners in the area are trying to deal with it. As for alternate rental locations at Playa El Uverito, you get what you pay for. At $350/month, you will get a small studio apartment that is located right next to the loudest part of the beach where the party will go all night due to the proximity to the bars and restaurants. It is unfortunate that you did not enjoy your trip. The Uverito Beach House is always being improved to maximize the guest's experience.
This response is the subjective opinion of the management representative and not of TripAdvisor LLC
Problem with this review? Thank you. We appreciate your input.

2 helpful votes
“it was enjoyable, but the water is not suitable for young children”
Reviewed 15 January 2015 for a stay in January 2015
2
people found this review helpful

The house is very accommodating but I wish I had known before that the water in the showers and faucet is salty, the soap does not create any suds whatsoever and it is not drinkable, everything had to be washed with bottled water. An added expense for me. The beach is nice and the restaurant called brisas something is great. I would recommend it despite that but if your travelling with small children I'd rethink it. The internet is faulty and there was no cable.

Date of stay: January 2015
Liked best: the closeness to the beach
Liked least: the water within the property
Travelling group: Young Children
Your age range 35-49
Would you recommend this hotel to a friend?   Yes.
Recommended for:
Was this review helpful? Yes
This review is the subjective opinion of a TripAdvisor member and not of TripAdvisor LLC
Thanks for your review. The tap water is being worked on by the local authorities, but apparently it still has not been completely fixed. We recommend buying supplies such as drinking water and soap in stores in Las Tablas, since there aren't any stores at Uverito Beach. Several of the restaurants along Uverito Beach are very good to eat at; including Brisas del Pacifico.
This response is the subjective opinion of the management representative and not of TripAdvisor LLC
Problem with this review? Thank you. We appreciate your input.
Previous Next
1 2 3 4 5 6
Updating list...
Do you own a holiday rental? List it here.

Looking for a place to stay in Las Tablas?
View all 13 holiday rentals