DONT Stay at this Villa if you want a Peaceful Holiday!!!!!! - Review of MEDITERRANEAN BLUE 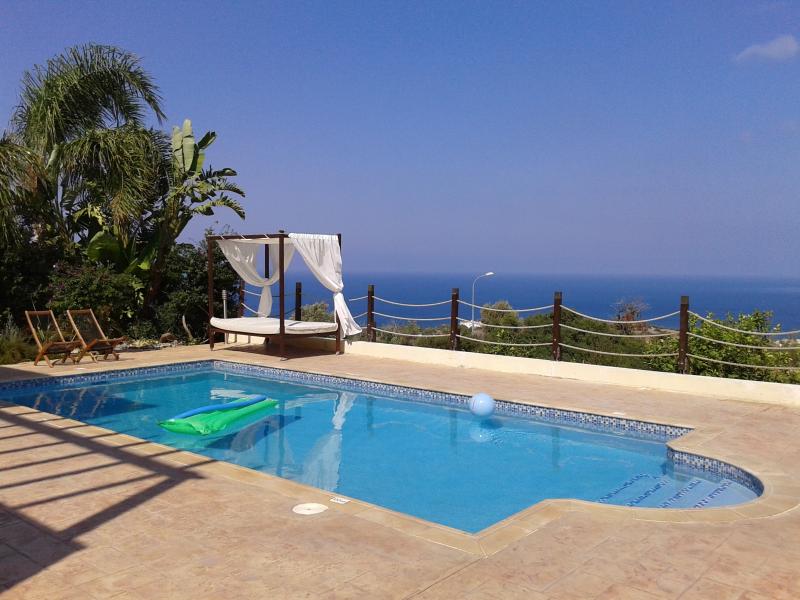 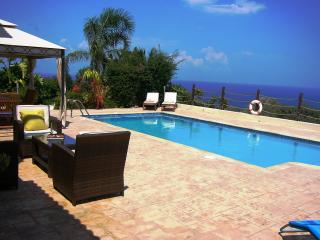 Very good - based on 16 reviews
Write a Review

Spotted this villa and thought it would be the perfect spot for a relaxing holiday for us and our friends because it was advertised on www.getaway-villas.com as a secluded and peaceful location. After reading the write up on their website stating there were building works going on in a villa to the side but lower down than Arkomelissos that were due to be completed at the end of September, (we were due to stay from 23rd Sept til 3rd Oct 2012), we weren't too concerned because of the completion date. We phoned them though to check that they would be completed by the end of the month and the Agent said she would ring Cyprus and check the status. Within 10 minutes she had phoned us back to say that they were at the painting stage of the villa and that they were only on site once or twice a week for a few hours a day but confirmed that there was DEFINITELY NO heavy machinery onsite. We made her aware that we would only book on the understanding that this was the case at that there was no building going on and she was adamant that they were at the painting stage and we would not be disturbed. Unfortunately for us, we trusted the Agent and booked the villa.

We arrived on the Sunday evening and the villa setting is fabulous! Beautifully furnished with a very high standard of furniture, very well equipped kitchen and a view from the terrace to die for. We were all so excited until we looked to the side of the villa and saw that within a few feet there was a villa UNDER CONSTRUCTION! It had no windows in yet, the outside was still concreted and NOT painted, the swimming pool was a mere hole dug out of the ground!

Within an hour, the Caretaker Scott who lives next door called in to make sure we were ok and we explained about the conversation we had had with the UK Agent about the villa being, "at the painting stage" and he told us that we had been terribly mis-informed!

Monday morning, 7am Cyprus time, 5am UK time!!!!!!!.....we were awoke with the sound of a cement mixer, angle grinder, hammering and shouting workmen from the site next door! We were devastated!......the building work and constant noise continued from 7am until 5.30pm everyday including Saturday!

By the Friday morning we had had enough and emailed the UK Agent; Getaway-villas to complain that we had been lied to about the stage of development of the villa, that despite being told it was at the painting stage it clearly wasn't and that they were falsely advertising on their website!.........(we were there at the end of September and can confirm it is nowhere near finishing stage!).......we got a snotty email response from the lady we had been dealing with from day one telling us that we had been advised through their website that there were building works going on and that we had received a discounted rate to compensate for this and she completed denied the conversation we had had were she confirmed NO heavy machinery onsite! The end of her email basically said that," Getaway-villas would NOT enter into any further correspondence with regard to this matter".

We were very disappointed and felt that we should not have trusted her, that we had been lied to and once we had paid the money in good faith, she wanted nothing more to do with us......basically tough!!!!

By the Saturday morning we could not take the noise anymore and had to leave for the day and the subsequent days after that to try and find some peace and solace outside of our supposed, "getaway from it all villa"!

After exploring the immediate area, we found site notices showing plots all the way down the hillside from where we were with plans to develop and build even MORE villas which will probably go on for the next 5 years.

We would NOT recommend this villa for anyone who wants a peaceful and tranquil holiday and definitely DO NOT book with Getaway-villas as they lied and were VERY unhelpful with our issue once we were there.

After getting back and looking on the Getaway-villas website, I am very disappointed to see that they are STILL advertising the building works next door being completed at the end of September and after checking the bookings that are inplace on their site, I feel so sorry for the poor sods who have also booked in good faith to stay there over the next few months! They are in for a shock! Please see the videos and photos I have posted showing how unfinished the villa next door is and also, there is ANOTHER villa being built BEHIND Arkomelissos which was even less developed than the one directly to the right of it!

If building works don't annoy you then by all means, book Arkomelissosis villa but otherwise, Latchi is a lovely developing area with plenty of villas nowhere near building sites!

For places to eat, try Molos Restaurant down on the Port and Porto Latchi as the food is good and reasonably priced but they can't cook steak! Despite asking on the nights that we had steak for rare, they always came out well done!.....as it's a fishing port though, the fish was always fabulous!

There is a Supermarket in Latchi which is only a 5 min drive from the villa that sells alot of English food and drink but is a bit pricey!.....It's worth your while driving to Polis, (which is only 10-15mins away) to the big Supermarket there which is much cheaper and will have everything you need!

Also worth doing is the boat trips advertised down on the Port which take you to the Blue Lagoon which is stunning! They stop for about an hour so you can go swimming and then supply a lovely lunch of bbq chicken and pork, cous cous, salad and wine. The whole trip cost 28euro - well worth the money!

We will definitely go back to Cyprus but NOT to this villa and definitely NOT with Getaway-villas!!!!!

My advise.......look around rather than staying here! Happy holidays!

Date of stay: September 2012
Liked best: The View!
Liked least: The building works!!!
Travelling group: Friends
Would you recommend this hotel to a friend?   No.
Was this review helpful? Yes
This review is the subjective opinion of a TripAdvisor member and not of TripAdvisor LLC
Thank you for your comments, but I must note that you were aware of the noise due to temporary building works next to the villa when you made the booking. There was a note written with BIG RED LETTERS on the TOP of the advertisement of Getaway. You also had a benefit of 20% (Total GBP441.42)special discount which you accepted!
This response is the subjective opinion of the management representative and not of TripAdvisor LLC
Problem with this review? Thank you. We appreciate your input.

Date of stay: July 2013
Liked best: красивый вид
Liked least: не было
Travelling group: Spouse/Partner
Your age range 25-34
Would you recommend this hotel to a friend?   Yes.
Recommended for:
Was this review helpful? Yes
This review is the subjective opinion of an individual traveller and not of TripAdvisor LLC nor of its partners.
Problem with this review? Thank you. We appreciate your input.
Previous Next
1 2 3
Updating list...
Still can't find what you're looking for?

Looking for a place to stay in Neo Chorion?
View all 46 holiday rentals