Amazing Villa..everything you could want - Review of Villa Duma

“Amazing Villa..everything you could want”
WDIzXzI5X2pNNw==
other travellers have booked this property 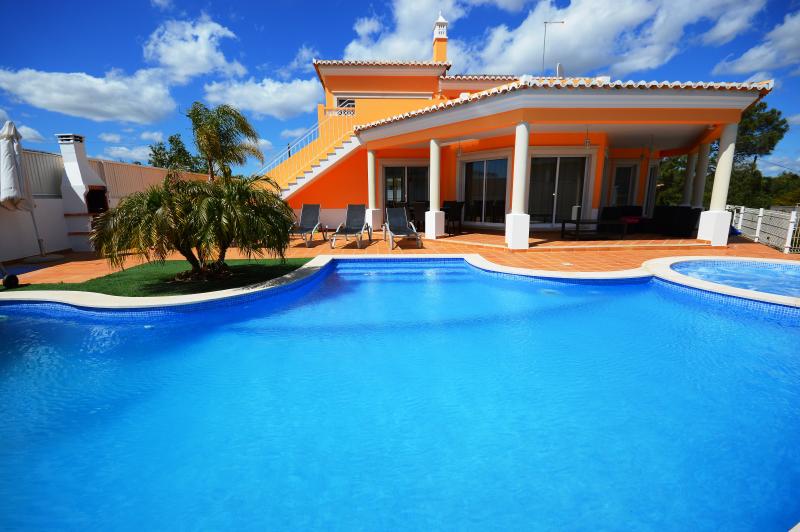 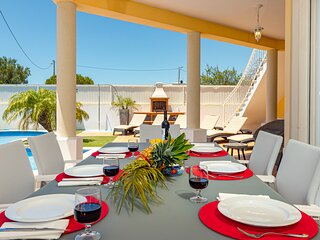 Very good - based on 10 reviews
Write a Review

128 helpful votes
“Amazing Villa..everything you could want”
Reviewed 18 January 2015 for a stay in January 2015
4
people found this review helpful

This is a truly stunning villa. It has been well designed and has everything you could want. Sky TV with British,German and French TV, every bedroom is en suite, and a fully fitted kitchen with dishwasher, washing machine and tumble dryer. The upstairs bedrooms have their own balcony and automatic gates give you extra security. There is a BBQ on the patio as well as as good sized pool and jacuzzi. The owner is very helpful and even sent some relatives to find us when we could not locate the villa at 9.30pm and escort us to the villa and show us around. It could do with a few more kitchen utensils such as a grater and better knives a well as some bowls or containers for marinading for the BBQ, but these are small points. We have lived and worked all over the world and this place for us anyway rates as No 1 in all the places we have rented. The A/C cools by day, but quickly warms the place up at night and it is in every room. I highly recommend Villa Dumb, it's superb.

Date of stay: January 2015
Was this review helpful? Yes
This review is the subjective opinion of a TripAdvisor member and not of TripAdvisor LLC
Problem with this review? Thank you. We appreciate your input.

4 helpful votes
“Could have been better!”
Reviewed 28 December 2014 for a stay in December 2014
4
people found this review helpful

Unfortunately the villa had problems with pluming making a rather loud noise ,which made us not sleep properly on the first day of arrival. The jacuzzi was not heated, although it was paid for, a cover should have been placed on it overnight. And the rooms were rather damp initially, throughout... But looking back now at the pictures, this was not the same place we booked! The owner has three other villas in the vicinity
Whilst, the rooms where set up nicely and large bedrooms looked very nice! What would have been nice is a free entry, small tea & coffee plus milk upon arrival! As shops in the evening (on this villa site) are a bit too far! especially when you don't know where they are, initially ! However, the weather more than made up for this having stayed for the week.

Date of stay: December 2014
Travelling group: Extended Family
Would you recommend this hotel to a friend?   No.
Was this review helpful? Yes
This review is the subjective opinion of a TripAdvisor member and not of TripAdvisor LLC
Problem with this review? Thank you. We appreciate your input.

Date of stay: June 2018
Was this review helpful? Yes
This review is the subjective opinion of a TripAdvisor member and not of TripAdvisor LLC
Bedankt voor je reacties. We zijn blij om te horen dat je van je verblijf hebt genoten en vonden de villa prachtig. Nogmaals bedankt
This response is the subjective opinion of the management representative and not of TripAdvisor LLC
Problem with this review? Thank you. We appreciate your input.
Previous Next
1 2
Updating list...
Still can't find what you're looking for?

Looking for a place to stay in Olhos de Agua?
View all 388 holiday rentals