Lovely apartments in the hills - Review of The Trees Club Resort

Lovely apartments in the hills

The resort is about 10 minutes out of the main resort of Kamala but the resort runs regular shuttle buses each way so it's not a problem and actually nice to be up in the hills and bit.
The apartments in the resort are very nice, clean and bright.
Didn't use the tennis or squash courts but the pool area was good.
The restaurant on site closes at 8pm so you if you are not in the mood to go out get food before then. We got food and kept it in the fridge in the room and microwaved it when we were ready.
Kamala itself was better the expected, a festival was on in the park with loads of great food and music. Think it happens a couple of times a year so check the local info. More

Show less
See all 84 reviews
Payments made by partners impact the order of prices displayed. Room types may vary.
Nearby Hotels 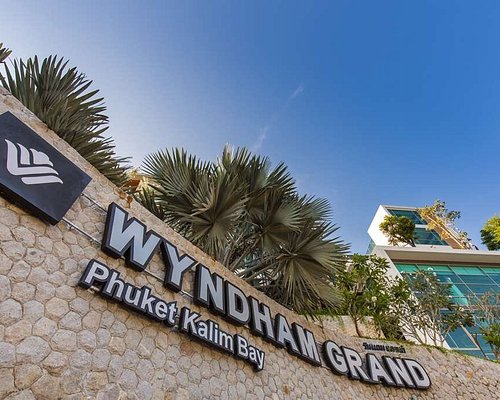 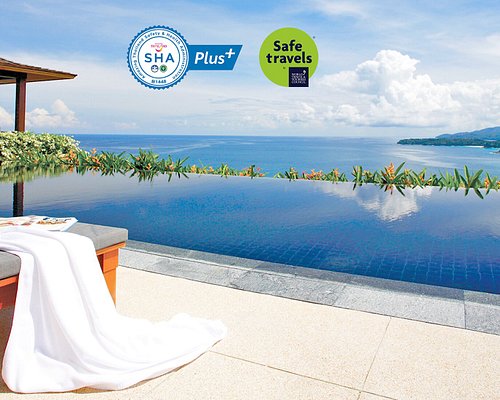 Taking safety measures
We compared the lowest prices from 18 websites
Wyndham Grand Phuket Kalim Bay
US$97
Booking.com
View deal
Free cancellation
Expedia.com
US$97
Hotels.com
US$97
eDreams
US$97
View all 18 deals from US$97
677 reviews
2.0 miles from The Trees Club Resort

Expedia.com
View deal
Booking.com
US$53
Trip.com
US$52
Hotels.com
US$55
View all 17 deals from US$52
1,936 reviews
1.6 miles from The Trees Club Resort
We compared the lowest prices from 17 websites
Great value today
Sponsored
Sunprime Kamala Beach
US$60

Travelocity
View deal
Orbitz.com
eDreams
US$49
Booking.com
View all 15 deals from US$49
212 reviews
1.9 miles from The Trees Club Resort
We compared the lowest prices from 15 websites
Sunwing Kamala Beach

Expedia.com
View deal
Hotels.com
ZenHotels.com
US$83
Travelocity
View all 15 deals from US$83
1,064 reviews
1.0 miles from The Trees Club Resort

Taking safety measures
We compared the lowest prices from 15 websites
InterContinental Phuket Resort
US$105
Booking.com
View deal
Free cancellation
Agoda.com
US$106
ZenHotels.com
US$99
Expedia.com
US$105
View all 15 deals from US$99
228 reviews
1.5 miles from The Trees Club Resort

Stayed for two nights, in a 1 bedroom suite. Very modern design, with comfortable amenities, and super clean rooms. Interestingly they have a tennis court, squash court and of course a pool. Was too busy to try these but really wanted to as I dont have access to a tennis court very often! Conveniently they offer both motorcycle and car rentals, I chose one of the larger motorcycles and it was in great condition. Pleasant and helpful staff, a great stay, and my future goto place in Phuket.

This review is the subjective opinion of a Tripadvisor member and not of TripAdvisor LLC.
derrykris
Derry, United Kingdom
7063
Reviewed 13 November 2012
Really enjoyable

We thoroughly enjoyed our stay here. Like being in the jungle however the setting was spectacular although remote. Staff were extremely friendly and met every need. The pool was quite cold bit the cafe and bar were fantastic with a ramge of comfortable seating.
Will definitely stay again

This review is the subjective opinion of a Tripadvisor member and not of TripAdvisor LLC.
TheTravellerNewDelhi
New Delhi
21595
Reviewed 30 September 2012
Home away from home...among the Trees

This is definitely one beautiful property. There's quite a climb, almost a good 100m steep climb from the approach road coming from the main road, but once you get there it's almost like you've come into a beautiful hidden and altogether different world.
I had booked it through Agoda and got a really good deal, which might have been since some parts of the property were under renovation viz. Restaurant - the downside no in-house restaurant, the main reception area as soon as you enter the resort. From the work going on it seemed as if the end result would be really nice. Another thing was that room service was rather slow and requests took time to get addressed.
The apartment we had booked was quite beautiful and had a nice view, not the best possible on the property but we were quite happy with it. Also the living room had a beautiful and big look since the outer walls are all glass, which is the case for all properties,so privacy could be an issue for some especially for ground-floor and first floor apartments near the road. The bed-room was a little small but again sufficient for our needs. Bathroom was nice and pretty basic. The property has a wireless internet and an intercom for connecting within the resort since the entire resort is hilly and it can actually be quite a workout if you have to even move around twice.
The property has multiple pools, the main one is right behind the reception at the entrance and is not only decent in size but is also has an absolutely beautiful setting with a view of the woods all around. The gym is very very basic with just a couple of treadmills and some free-weights, this might have been upgraded lately after renovation. There's at least one more smaller pool that we'd explored (there might be more) which had a beautiful view of the valley and surrounding hills.
The place is cut-off from the hustle-bustle and you would pretty much need a scooter/motor-cycle to get anywhere. The nearest 7-11 is about 1.5 km and Kamala beach another 0.5 km from there. One advantage in terms of location is that Phuket Fantasea is almost next door and also the market near-by and all the local eateries on the way out and worth trying. The way towards Patong is a beautiful 10km ride on a two-wheeler.
Overall, a highly recommended property. We'd stayed there only for about 4 days or so but it's the kind of place one would be more than happy to return to anytime and any amount of time spent in a paradise like that seems less.

This review is the subjective opinion of a Tripadvisor member and not of TripAdvisor LLC.
Bonnie T
Brisbane, Queensland, Australia
52
Reviewed 28 August 2012
I literally reccomend this place to everyone i know lol

So....me and my boyfriend lived here for a month last year..in what could only be described as nothing short of paradise. On top of this huge hill, overlooking mountains of rain forest all the meanwhile our room being IN the rain forest. More then half of our apartment was these sliding glass windows, so you could literally open them all up and have your entire living room and bedroom be outside, with a beautiful view of the hills. Huge lizards would hang out on the trees right next to our balcony..it was awesome. Everything was so white, bright, clean and elegantly furnished..talk about zen. One year later (a couple of days ago)...my boyfriend took me back there on a surprise vacation. This time we got a studio apartment...we didnt have a view this time, but it was still amazingly beautiful inside. The restaurant didnt always have what i wanted..but each day..they literally went out of their way and went to the store to buy whatever I wanted to eat on their menu..even if it was too early for what i wanted. All the waitresses were lovely and accommodating in every way....one even delivered the food right to our back door and picked it up later. They dont normally do room service, as this is more of an apartment complex...but that says alot, that they were willingly to do it anyways just because we asked. During monsoon season they do tend to lose power here and their...but it always comes back on within an hour or so..and this last time when we did lose power and the restaurant couldnt cook because of it...the head reception girl went into her personal refrigerator and brought me some yogurt and a drink saying "it was all she had". There are a lot of scams in phuket...people trying to get your money and the like..and it was so unbelievably refreshing to find a place that was reasonably priced and trust worthy, where the staff actually cared and went out of their way to accommodate you. When they opened up their new reception desk...they through a big party for everyone staying at the resort and gave away free food and drinks to all. Their shuttle goes to kamala beach every hour on the hour but its better to just rent one of their motorbikes...because not only is it a great experience, (and you should definitely avoid the tuk tuk taxis at all costs due to scams) but renting from them is actually cheaper then any of the other bike rentals we found in the surrounding towns including patong. (Again, another sign of trust which i greatly respect and mostly the reason why i bothered to take the time to write all of this)...the taxi service at the resort, only charges you a normal rate..and never trys to get more out of you...and they picked us up and dropped us off at the airport. IN CONCLUSION...(lol)......this place made me love phuket...OH! and did i mention its like literally a 5 min drive away from the best show in phuket...Fantasea. Let me tell you right now...that place comes out of NOWHERE lol...me and my guy were both shocked at the architecture and intricacy of this whole place. The show was random and interesting with a huge set..way bigger then broadway...and im from New York so Ive been to my fair share of plays. Basically...you will love. They suggest this awesome spa called the oasis that the shuttle bus will take you right to 5 min away...and have the best time ever! lol

Room tip: Get a high up room with a view :D
Ask Bonnie T about The Trees Club Resort
2  Thank Bonnie T

This review is the subjective opinion of a Tripadvisor member and not of TripAdvisor LLC.
Yulia K
St. Petersburg, Russia
28
Reviewed 30 May 2012
Very good

Review collected in partnership with Easytobook.com
This business uses tools provided by Tripadvisor (or one of its official Review Collection Partners) to encourage and collect guest reviews, including this one.
Ask Yulia K about The Trees Club Resort
8  Thank Yulia K