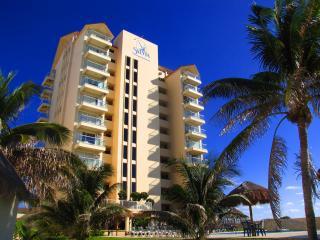 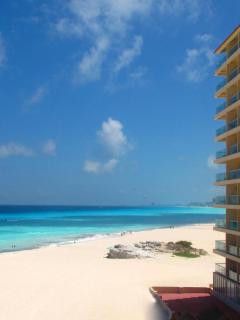 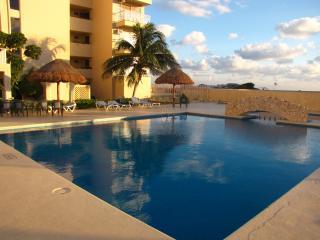 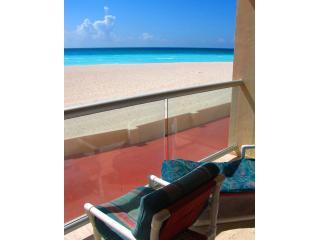 Very good - based on 24 reviews
Write a Review

My one negative is that I might prefer a real couch instead of the settee (could only be used as a twin bed). Also that the bathroom and kitchen could use a bit of an update. They were clean, but if nothing else, a fan in the bathroom would've been awesome. As there weren't any grocery stores close by, it would be nice if (for a fee), staff could purchase grocery items like milk, soda, cheese, eggs, break, etc..

We didn't eat at the hotel's cafe so can't offer imput. Beds were comfortable. Comforters were to die for (if there is one missing, I don't know where it is) - Nothing like a faux down comforter, with soft cotton cover and having the icy air conditioner on...aaah. At first thought the pillows were old and chunky, but I almost wonder if they weren't the buckwheat filled pillows as they turned out to really conform to my head.

One trick we found: The Wi-Fi is only down in the steamy humid lobby, but since the room is over the lobby...ahem, you do the math. The wi-fi also went out a lot, so don't depend on much internet time. We spent 7 days there and it was out for at least 2 of them.

The room has a beautiful balcony overlooking the beach. Easy access through the lobby right onto the lanai and beach. Mostly big chain party restaurants near by. Don't depend on any quaint Mexican restaurants to be within close walking distance. We relied on McD's and Dominoes nearby for sustenance. Mostly Hooters, Chile's (where I think I picked up a stomach bug), and Hard Rock (surprisingly not very good food).

We went in July when most of the party crowd had died down. With the air conditioning going, the room was very quiet. And the beautiful smooth stone tile floors insulated the sound. Of course, you could hear some bass, but it usually stopped around 2am.

There are taxis out front. Bargain with them but I could never get them below $10 minimum to even go a few blocks (since we didn't know where things were at first) .

Overall, I was pleased with the location. Just wish there was easier access to grocery stores other than Oxxo.

Oh, and the stores at the Forum are the cheapest for t-shirts that we could find...even bargaining across the street at Coral Nigral.

Staff was ok...nothing special...they did their job giving me my key

Date of stay: July 2012
Liked best: it was quiet, yet in the heart of the party zone
Liked least: would've liked better bathroom facilities - awkward to get ready in
Travelling group: Teenagers
Would you recommend this hotel to a friend?   Yes.
Recommended for:
Was this review helpful? Yes
This review is the subjective opinion of a Tripadvisor member and not of TripAdvisor LLC.
Problem with this review? Thank you. We appreciate your input.

The condo was just as described, very clean and comfortable. The condo was well stocked with blender, coffee makers, toaster oven, lovely purified water dispensing fridge. Staff was great, maid service was very good. Location was perfect if you want to be in the heart of things. Bars, restaurants, mall, all very short walking distance.
The view from the condo was fantastic-beautiful white sand beach and the beautiful blue Caribbean Sea--all just a few steps away.

Date of stay: February 2012
Liked best: Location
Travelling group: With Spouse/Partner
Would you recommend this hotel to a friend?   Yes.
Recommended for:
Was this review helpful? Yes
This review is the subjective opinion of a Tripadvisor member and not of TripAdvisor LLC.
Problem with this review? Thank you. We appreciate your input.

BC, Canada
Reviewed 19 November 2011 for a stay in November 2011
Date of stay: November 2011
Would I recommend this holiday rental to my best friend?
Recommended for:
Was this review helpful? Yes
This review is the subjective opinion of an individual traveller and not of TripAdvisor LLC nor of its partners.
Problem with this review? Thank you. We appreciate your input.

My husband, mother and I stayed in this studio condo for ten nights in July. The outstanding features of this vacation rental were:
-beachfront location: just steps onto the white sandy beach with gorgeous turquoise water.
-proximity to shopping and entertainment. There were convenience stores, artisan shops, restaurants, ATM, currency exchange, and Internet cafe right outside the condo entrance.
-swimming pool: small but functional and used by many of the guests since the ocean tends to be a little rough.
-poolside cafe: great for snacks, very reasonably priced, family-owned

Features we liked in the condo unit were:
-water cooler base (we purchased a bottle for $5 and it lasted the whole week)
-wall mounted TV with 17 channels
-countertop oven
-full size fridge and freezer

The front desk staff and security were excellent and personal. This is a small building and we felt very safe.

We stayed in a unit that was on the Mezzanine. Although the music from the clubs was audible in the hallway, it was greatly diminished once we were in our rooms, and the fan and the a/c provided some white noise that nearly eliminated it. Daytime music could be loud on the beach, but again, we weren't disturbed by it.

This studio unit is best for 2-3 people. There is no dresser or storage space in the sleeping area or bathroom, so you have to be very organized and don't have privacy for your personal items, underwear, etc. Plan on bringing your own handsoap, shampoo, and dish soap. The condo provides very small soaps for the shower--you're better off bringing your own.

We took the bus to downtown for groceries and day trips. While there is parking in front, a car is probably more of a liability than a help unless you are planning to be day tripping daily.

FYI--this beach is not for snorkeling. The surf is too rough. There is an area on the beach near Hyatt and Dreams (very short walk/swim) that is more protected from the waves, but it didn't have much in the way of fish.

Overall, this condo was a very good price for the beachfront location. I would consider it for future trips.

Date of stay: July 2011
Travelling group: With Spouse/Partner
Your age range 25-34
Would you recommend this hotel to a friend?   Yes.
Recommended for:
Was this review helpful? Yes
This review is the subjective opinion of a Tripadvisor member and not of TripAdvisor LLC.
Hi MaryCatherine,

Thank you for sharing the details of your trip. We appreciate that you took the time to do so. We would love to welcome you back as Guests for future trips.

Bombero Bills
This response is the subjective opinion of the management representative and not of TripAdvisor LLC
Problem with this review? Thank you. We appreciate your input.

Had the pleasure of staying at this condo and cannot wait to go back! The location is absolutely fantastic, you are right next to the forum and withing easy walking distance to the clubs and restaurants. The staff was very helpful and the condo was clean and well equipped, a true little gem. Booking and responses from Bill was always timely and helpful. I would recommend booking your tours when you get there, I booked some of my tours from the guy at the front of the condo and he gave me really good prices. The buses run right in front the condo so its easy to hop on and hop off. The only thing I wish I had - more time!!! I was there for 6 days and had an absolute blast. I would really recommend this spot. If you're not into the all-inclusive, taking too much time wandering around a massive resort, want a fabulous location to enjoy your vacation I would recommend here. you won't regret it!

Date of stay: June 2011
Travelling group: Solo Traveller
Your age range 25-34
Would you recommend this hotel to a friend?   Yes.
Recommended for:
Was this review helpful? Yes
This review is the subjective opinion of a Tripadvisor member and not of TripAdvisor LLC.
Hi Debra,

Thank you for taking the time to leave a review. Just as you cannot wait to return, we cannot wait to have you as our Guest again. We're glad you had a good time and that you were pleased with the accommodations. We do our best to make our Guests' stay a comfortable and enjoyable one. Thanks again.

Bombero Bills
This response is the subjective opinion of the management representative and not of TripAdvisor LLC
Problem with this review? Thank you. We appreciate your input.
Previous Next
1 2 3 4
Updating list...
Still can't find what you're looking for?

Looking for a place to stay in Cancun?
View all 1,370 holiday rentals