Apartment okay, owner not so much...disappointing. - Review of Sunny and Zen apartment in Montreal's Mile End

“Very beautiful, clean, warm and welcoming...”
cnRsXzVfMkhu
other travellers have booked this property

Review of Sunny and Zen apartment in Montreal's Mile End 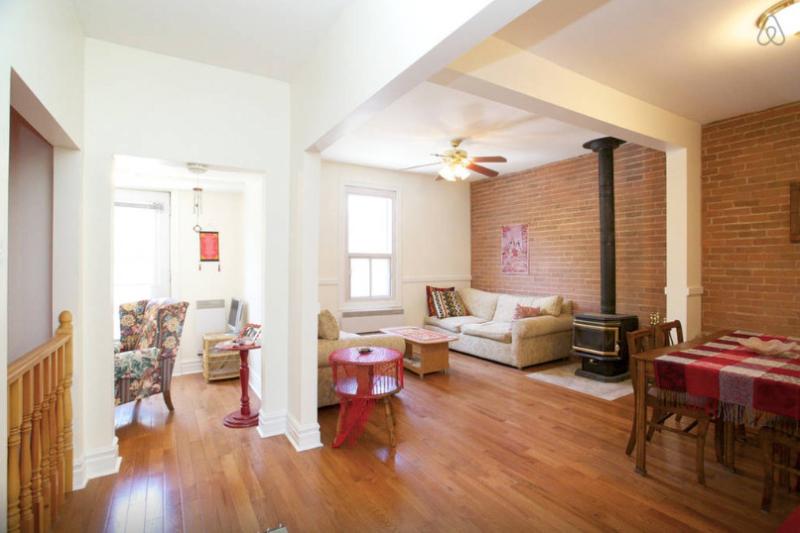 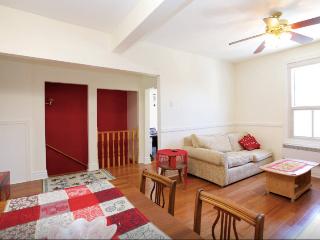 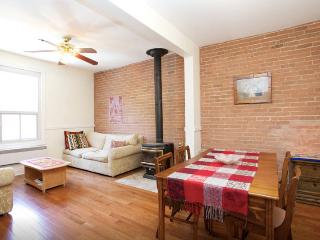 Average - based on 3 reviews
Write a Review

9 helpful votes
“Apartment okay, owner not so much...disappointing.”
Reviewed 18 August 2016 for a stay in July 2016
4
people found this review helpful

We had a great trip to Montreal, averaging over 9 miles per day walking for 7 days. We love Montreal, its people, its vibe, the joie de vivre, its markets, the food & the culture. This was approximately our 9th time there as an adult couple. So this review is difficult to write, but I have to speak about the experience we had at this flat and with its owner. We arrived on Friday afternoon and it was very warm. The apartment seemed to be generally as represented, but a few things seemed off. We could not find the air conditioning control, which was important given that it was hot and humid inside and out. The owner’s description of the flat stated under Amenities - General that there was Air Conditioning/ climate control, so we kept looking. Finally, looking around the bedroom again we looked up and saw an A/C wall unit installed considerably higher than eye level; it was higher than I could reach to turn on, despite being 5 foot 10 inches tall. There was a chair beneath the A/C unit with extra bedding and pillows on it so we moved that stuff off to discover that the cane seating was badly damaged; clearly someone had put a foot through it. So I moved that chair off into the owner’s closet area and took one of the non-cane seating kitchen chairs and placed it beneath the A/C unit, climbed up and turned the A/C on. Although a bit noisy, it did a good job of keeping the bedroom cool throughout our stay.
After double checking it became clear that it was the only A/C or climate control so I closed the bedroom door and turned on the ceiling fan in the kitchen and tried to turn on the one in the living room but could not. Likewise I tried to turn on the television but it was just static. I then wrote to the owner and informed her of the broken chair beneath the A/C unit (to which she never reply), the trouble with both the living room fan and the television, and the backyard space to which we thought we had access as there was a photo online showing furniture but that was being used by others when we stepped onto the back balcony and received no affirmative response from the people then seated at that furniture when we greeted them. The owner’s response was that the fan was operated by either the wall switch or the cord dangling from the fan. I had already tried the wall switch and so I took a dining room chair and climbed up that to try the switch, which worked. Fortunately from then on the wall switch worked so I only had to climb onto a chair to turn the A/C on and off. As to the back yard furniture, that was straightened out but we never ended up using it as it was shared space so we just used the balconies, front and back, which was fine. As to the television, she stated: “There is no TV service in the flat, and neither was it listed in the amenities. I simply use it as a screen for my computer.” If you look at her listing for the flat she states under Amenities: “Entertainment: Television.” It was fine that she did not have television reception, but I think her representation was deceptive and her response to me was deceitful. If she had been honest we could have just brought our chrome cast, but we spent so little time in the flat it did not matter anyway. Given how hot and humid it was, given that the only A/C was in the bedroom, we ate out more than usual for us.
The final part of my review was the last conversation with the owner. I wrote to her on Thursday morning that we had an apparent intruder on either late Wednesday night or early Thursday morning but we thought our belongings were intact. We wondered if she knew who it might be or whether we should call the police. She sent me an email stating that she was “dumbfounded” and shortly thereafter she called my cell. She wanted me to conduct an investigation with the neighbors and if nothing was uncovered then to call the police. I told her I did not see my role as conducting an investigation. She then accused us of making up the story of the “alleged intruder” in an attempt to avoid losing our damage deposit! I told her my wife and I were honest, professionally employed people, that my wife worked in law enforcement, and we would never engage in such behavior! I then hung up on her, seething mad. Within hours of that phone call her neighbors, who were very nice and helpful towards us throughout our stay, apologized for coming into our flat to clean, not knowing we had not departed. Obviously the owner had given them a key, hence one had to wonder about her being “dumbfounded” and her accusation of us! Again, her lack of honesty was bold! We told the neighbors all was fine with them, accepting their apology. I am still awaiting the owner’s apology since that July 21 phone call, 4 weeks later.

Date of stay: July 2016
Would you recommend this hotel to a friend?   No.
Was this review helpful? Yes
This review is the subjective opinion of a Tripadvisor member and not of TripAdvisor LLC.
My only response is to encourage readers to look up this listing on Airbnb, which I have used almost exclusively over the past 3 years. There, one will find page after page of glowing reviews, complimenting the space for its bright, clean and extremely peaceful atmosphere. I am sorry for this guest's anger at not being able to cool down on a hot Montreal day. For my part, to be completely transparent I have removed the mention "air conditioning" from the list of amenities (even though the air conditioner in the bedroom is fully functional). I would also like to add that the garden, though NOT mentioned in the apartment description, is available to anyone willing to share with my quiet, low profile artistic neighbours. I wish my former guest a cool and comfortable summer.
Respectfully,
Milena
This response is the subjective opinion of the management representative and not of TripAdvisor LLC
Problem with this review? Thank you. We appreciate your input.

Absolutely LOVED our stay in this vacation rental!!!
It is a beautiful apartment and Milena C. made sure that we had everything we needed and were very comfortable from start to finish. She really put my mind at ease about everything and made the entire process go smoothly. My family felt very much at home, so I could not ask for anything more. Her attention to detail from fresh fruit on the kitchen table to the gorgeous flowers on the front and back porches was heart warming. The location is situated in a fantastic area with great shops and restaurants and a very short walk to the Metro station. We could not be more pleased with our choice and look forward to traveling to Montreal and staying at this gorgeous apartment in the future.

Date of stay: June 2016
Liked best: The property owner's hospitality and helpfulness.
Liked least: City parking
Travelling group: Teenagers
Would you recommend this hotel to a friend?   Yes.
Recommended for:
Was this review helpful? Yes
This review is the subjective opinion of a Tripadvisor member and not of TripAdvisor LLC.
Problem with this review? Thank you. We appreciate your input.
Previous Next
1 2
Updating list...
Still can't find what you're looking for?

Looking for a place to stay in Montreal?
View all 795 holiday rentals