not as discribed on your site - Review of Belvedere

“Peaceful, funfilled fishing trip with friends”
aE5VXzQ3X3l0Tw==
other travellers have booked this property 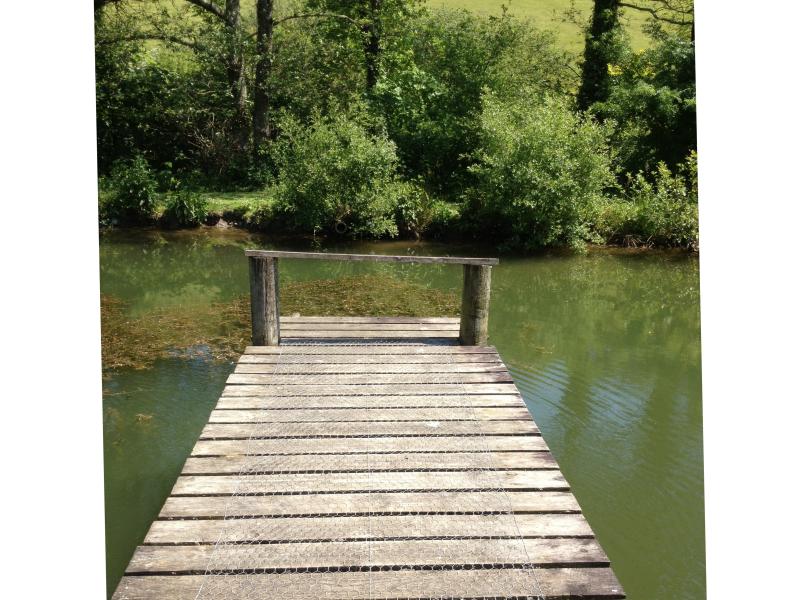 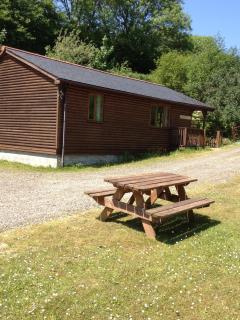 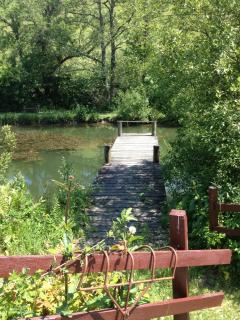 Very good - based on 13 reviews
Write a Review

We booked this place with the intention of fishing everyday on the lakes on site and on arrival was quite shocked at how rundown and over grown the whole place was .
There were 4 ponds (not lakes ) the first 2 nearest to the cabins were all over grown with weeds and shrubs blocking most of the places where you could possibly fish, but on closer inspection the pond its self was clear and full of weed and not a fish in site .
I then followed 2 lads who had rods in there hands to pond 3/4. After walking over rough ground and up several hills, and through a gate, we arrive at pool 3, where I saw abandoned kayaks/canoes, several dead trees, geese, and milky white water, no fish present. Still nowhere to fish without a clearance party.
Arrived at lake 4, one fixed pitch 18" under water and a 2ft gap to get to it, saw some signs of fish, but would still have to spend half a day clearing for 3 people to fish.
Having approached the owner, he informed me that he liked the natural look, then in the next sentence said that he hadn't maintained it for 3 years and would get rid of it tomorrow if he could.
The cabin itself was dated although would have been adequate, however it had not been cleaned, the cooking facilities were minimal and dirty, the smoke alarm had been disconnected, and several lights including the porch light were not working.
We asked for compensation as it was completely un fishable and would now have to stay there but would need to go and pay to fish elsewhere, and was told we could have a full refund or put up with staying where we were. The owner was very flippant and gave us the impression that he didn't care either way. He then said that we would need to get our refund through trip advisor and agreed to let us stay free of charge that night as it was late afternoon when we arrived. As it was, we found somewhere else to stay close by, at an additional cost of £545.00 for the four of us. Whilst we were very lucky to find somewhere so near so quickly, we then had to pay additional day rates to go and fish at a local fishing complex at a rate of £27 per day for the 3 of us. In all a holiday that should have cost £368 for 4 people, ended up costing us nearly £1000.00.

Date of stay: September 2016
Liked best: the idea of it
Liked least: false misrepresentation and advertising
Travelling group: Spouse/Partner
Your age range 50-64
Would you recommend this hotel to a friend?   No.
Was this review helpful? Yes
This review is the subjective opinion of a TripAdvisor member and not of TripAdvisor LLC
Problem with this review? Thank you. We appreciate your input.

Myself and my fishing buddies stayed at Belvedere Cottage, It is a must if anyone wants some peace. lovely cottage nice location owners of cottage really nice and were happy to help with any needs. some great wild life around on a night to view. The cottage was clean and well maintained as well as comfortable. Looe Town is a short drive away as well as the beach. Ideal for people who love walking. We used the onsite carping ponds and went beach casting. Definitely a must to get away from the hustle and bustle of everyday life. Cant wait to book up next year for family and friends trip away.

Date of stay: September 2015
Liked best: the nice peacefull area. so nice to sitt on the decking with a few beers enjoying the wildlife around as well as the night bright stars.
Liked least: leaving the cottage. going home if i had more time i would of stayed.
Travelling group: Friends
Your age range 35-49
Would you recommend this hotel to a friend?   Yes.
Recommended for:
Was this review helpful? Yes
This review is the subjective opinion of a TripAdvisor member and not of TripAdvisor LLC
Problem with this review? Thank you. We appreciate your input.

Log Cabin is located in a stunning peaceful location. Owner very friendly and welcoming. Our family really enjoyed being able to fish so close to the cabin, a very relaxing holiday. Close to a lovely beach with a fabulous restaurant.

Date of stay: August 2015
Liked best: location and peacefulness
Liked least: No mobile reception or Wi Fi
Travelling group: Teenagers
Would you recommend this hotel to a friend?   Yes.
Was this review helpful? Yes
This review is the subjective opinion of a TripAdvisor member and not of TripAdvisor LLC
Problem with this review? Thank you. We appreciate your input.

We have just returned from Belvedere relaxed & refreshed absolutely fabulous week so peaceful will certainly miss our walks around the lakes watching the dragonflys skimming the water and sitting on the decking watching the horses on the hill and the birds of prey playing in the breeze. Can't wait to return next year already booked. Norma and all the guys very helpful and friendly.

Date of stay: July 2015
Liked best: Beautiful place so quiet
Liked least: Wi-fi signal very poor
Travelling group: Spouse/Partner
Would you recommend this hotel to a friend?   Yes.
Recommended for:
Was this review helpful? Yes
This review is the subjective opinion of a TripAdvisor member and not of TripAdvisor LLC
Problem with this review? Thank you. We appreciate your input.

Lovely log cabin on an idilic site, complete with fishing lakes. Even if you don't fish, as we don't its lovely to just walk around the lakes looking at the wildlife. Our dog enjoyed it too. (Please note most of the ponds do not have fences so not somewhere for children to be unsupervised)

Plenty of room inside the cabin too, there were only 2 of us but it was more than adequate for 6, and all the equipment we needed. Thanks for the dishwasher tablets, we dont have a dishwasher at home so it was a treat not to have to wash up! Great to have heating in each room and the use of a washing machine and tumble drier.

Half a mile walk down to the beach at Millendreath, a sandy cove with lots of rockpools and a cafe/shop. Just a shame dogs aren't allowed on the beach between 10am-6pm.Only a short walk along the coastal path (towards Looe) to a sandy beach dogs are allowed.

Date of stay: May 2015
Liked best: The location
Liked least: No WiFi or phone signal
Travelling group: Spouse/Partner
Would you recommend this hotel to a friend?   Yes.
Recommended for:
Was this review helpful? Yes
This review is the subjective opinion of a TripAdvisor member and not of TripAdvisor LLC
Problem with this review? Thank you. We appreciate your input.

1 review
“Beautiful setting for a fantastic break away!”
Reviewed 14 September 2014 for a stay in August 2014

Set in a 'lost valley' near Looe, this small set of cabins provides the perfect backdrop and base for exploring south east Cornwall. The cabin was well equipped, cosy and clean, with a view of the dragonflies buzzing in the sunlight over the fishing lake below.
The cabin felt very private and secluded, yet was a short walk away from what appears to be one of the up and coming parts of south Cornwall in the Millendreath beach development project.
Busy and buzzing Looe is only a 5 minute drive away, but book early for the top restaurants as we missed out due to their month-long waiting lists!! There is a lot to do for kids in and around Looe, and we would recommend the glass bottomed boat trips and Hidden Valley, which is further inland. The monkey sanctuary is also worth a visit.
All in all, a wonderful stay in a beautiful place - thanks to Norma et al for making our stay so memorable!

Date of stay: August 2014
Liked best: Waking up to the view on misty summer mornings.
Liked least: There were no downsides to the stay.
Travelling group: Spouse/Partner
Would you recommend this hotel to a friend?   Yes.
Recommended for:
Was this review helpful? Yes
This review is the subjective opinion of a TripAdvisor member and not of TripAdvisor LLC
Problem with this review? Thank you. We appreciate your input.

Myllpark farm is so quiet its amazing the natural habitat makes it perfect for the wildlife. we took our 2 teenage children and they loved it. My husband and son are fisherman so were in their element with the fishing lakes on site our daughter even had a go. the hospitality is fantastic we were made to feel right at home. The cabin has everything that you could need. Very clean will definately be going back next year thanks Norma ,Percy and gang xx

Date of stay: July 2014
Liked best: peace and quiet natural habitat
Travelling group: Spouse/Partner
Would you recommend this hotel to a friend?   Yes.
Recommended for:
Was this review helpful? Yes
This review is the subjective opinion of a TripAdvisor member and not of TripAdvisor LLC
Problem with this review? Thank you. We appreciate your input.
Previous Next
1 2 3
Updating list...
Still can't find what you're looking for?

Looking for a place to stay in Looe?
View all 390 holiday rentals