US$255
View deal
Free cancellation until 22/05/22
Hotels.comUS$244
TravelocityUS$244
Orbitz.comUS$244
View all 16 deals
Payments made by partners impact the order of prices displayed. Room types may vary.
Prices are provided by our partners, and reflect nightly room rates, including all taxes and fees known to our partners. Please see our partners for more details.
byarsdemetz
London, United Kingdom
43

We spent four nights here in a very comfortable superior double room with a view of the sea and harbour. The bedroom was very well equipped including an i-pod deck and alarm clock. All the staff were most friendly and helpful and the complimentary afternoon cup of tea and cake was an unexpected extra. The quality of the food was excellent especially the variety of dishes at breakfast although for a medium to long stay you might find the evening menu a little limited. Would definitely stay at this hotel again if in Penzance.More

Dear Guests, thank you for your lovely review. We are all very pleased you had a comfortable stay and and enjoyed the services, especially the varied breakfast menu, we provided during your short break with us. We look forward to welcoming you again next time.

Report response as inappropriateThank you. We appreciate your input.
This response is the subjective opinion of the management representative and not of TripAdvisor LLC
See all 1,084 reviews
Payments made by partners impact the order of prices displayed. Room types may vary.
Nearby Hotels 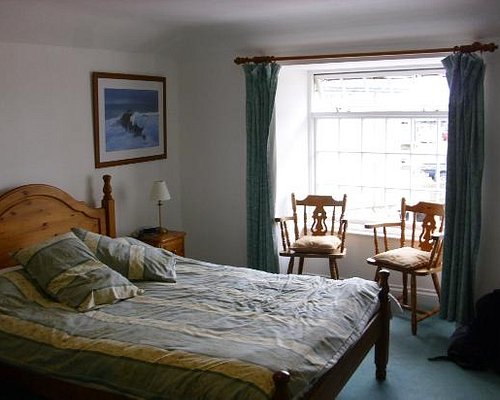 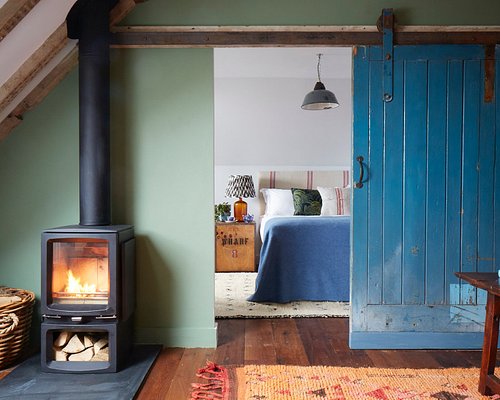 Expedia.com
View deal
Pay up to 12X
Tripadvisor
US$224
Booking.com
Travelocity
View all 16 deals from US$224
1,014 reviews
0.5 miles from Hotel Penzance 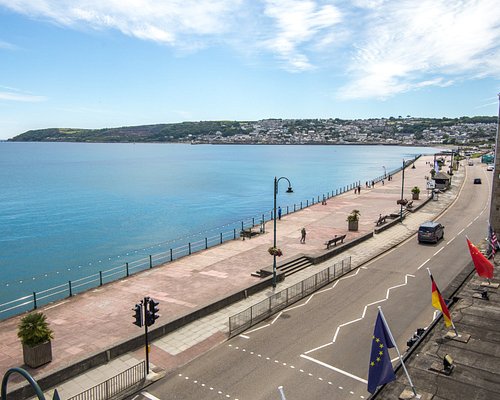 Breakfast included
The Queens Hotel
Booking.com
View deal
Expedia.com
US$258
Priceline
US$231
Travelocity
View all 16 deals from US$231
693 reviews
0.7 miles from Hotel Penzance
We compared the lowest prices from 16 websites
Premier Inn Penzance Hotel
US$123

We really enjoyed our stay. The management and staff cannot do enough for you to make your stay a wonderful experience.
The restaurant too is very good with breakfasts being the standout in our time in the UK ( we noticed they have won an award for their breakfasts). Our dinner there was also very good. The room staff cleaned our rooms quickly and efficiently every day and had pride in making it all sparkle particularly the bathroom which had a great shower, again one of the best we have had here. Well done to all and thanks for looking after us.
We will return and recommend you.

Dear Guests, your sparkling review was a pleasure to receive and we are all very happy that you had a comfortable stay. We are glad you enjoyed your dining experience with us and that you were able to relax and enjoy the services we provided. Thank you and we are already looking forward to seeing you again when next in Penzance.

Report response as inappropriateThank you. We appreciate your input.
This response is the subjective opinion of the management representative and not of TripAdvisor LLC
FlossieS
Stratford-upon-Avon
11889
Reviewed 17 April 2016
Expected better - a disappointing stay

We recently spent two nights here. We had booked a superior double with sea view. On arrival we were shown to a rather bleak room decorated in "Superior Travelodge" style, with a view over an ugly flat roof to the sea. We asked to see something else, and were shown another, smaller room, with nice views of the town and sea, but with very dated décor and furnishings. The bathroom had been badly converted into a wet room, and the heated towel rail didn't work. Sue, the lady who showed us the room, said that the towel rail would come on automatically during the afternoon, and that the shower would not flood the room, Sadly she was wrong on both counts. Later on we reported that the towel rail wasn't working (the bathroom was bitterly cold) and Sue's response was that there was nothing she could do about it, but she would make sure we got clean towels every day! Surely a hotel of this standing would give their guests clean towels every day as a matter of course? Needless to say, the bathroom flooded after a shower, despite the fact that the water pressure was feeble. Breakfasts are cooked to order, and ours were disappointing. Fried eggs with hard yolks, burnt bacon and very underdone sausage. Breakfast was served until 11 a.m., but at 10.50 staff briskly cleared away the orange juice, bread, toaster etc. We didn't bother with breakfast on our second day. Public areas of the hotel are dark and dated, the gardens are pleasant, and the swimming pool (not in use due to the time of year) was full of murky water and debris. Not a pretty sight. All the staff were very pleasant, but we shall not be returning.

This review is the subjective opinion of a Tripadvisor member and not of TripAdvisor LLC.
annehauke123
Cardiff, United Kingdom
1
Reviewed 9 April 2016
Lovely Hotel

Had a great room and the food was superb. Hotel is very near the town centre. Staff very friendly and helpful. Would definitely stay here again.
Not sure why trip advisor want at least a 200 character review, surely a short sharp recommendation should be sufficient?

Dear Guest, thank you for your lovely review. We are all very happy you had a great stay with us and enjoyed our location enabling you to explore Penzance and beyond. We look forward to welcoming you next time.

Report response as inappropriateThank you. We appreciate your input.
This response is the subjective opinion of the management representative and not of TripAdvisor LLC
Crissy C
Aldermaston, United Kingdom
23
Reviewed 9 April 2016
Solace for the soul

I have once again had an incredible few days at the hotel, good room with a beautiful view of St Michaels Mount, good food and staff who made me feel so welcome and special. Thank you all. I will be back!

Dear Chrissy, It was lovely to see you again and glad had a special time with us once again. We are looking forward to seeing you again very soon.

Report response as inappropriateThank you. We appreciate your input.
This response is the subjective opinion of the management representative and not of TripAdvisor LLC
Patrick W
York, United Kingdom
4
Reviewed 8 April 2016
Nice hotel with excellent lounges

I stayed here in February and got a value for money 'low season' rate. Room was comfortable and well appointed with a lovely view over Mounts Bay. As is the usual case with older hotels the sound proofing could have been better. Staff friendly and knowledgeable about the local area. The three lounges were very comforable particularly the one near reception. The restaurant provided excellent food but was a little overpriced, in my opinion, and a bit cold: I don't think they're used to cold winter weather in Cornwall! Would stay there again

Dear Guests, thank you for your review and glad you enjoyed your stay and the services we provide our guests. We look forward to welcoming you again next time, and trust you had a safe journey onward.

Report response as inappropriateThank you. We appreciate your input.
This response is the subjective opinion of the management representative and not of TripAdvisor LLC
View more reviews
PreviousNext
1…737475…