US$155
View deal
Hotels.comUS$172
eDreamsUS$172
CheapTicketsUS$172
View all 14 deals
Prices are provided by our partners, and reflect nightly room rates, including all taxes and fees known to our partners. Please see our partners for more details.
Payments made by partners impact the order of prices displayed. Room types may vary.
philiph296
Derby, United Kingdom
4

Great Hotel in an excellent location.The rooms have been done to a very high standard and the cleanliness is of the highest standard.We received a very warm and friendly greeting and told a lot of vital information about the town.All the staff were helpful and friendly.The Hotel is ideally situated for everything especially food.I would definitely recommend a visit to both Casalingi(Italian) and the Regent(Seafood).This Hotel represents good value and is a must stay in BrightonMore

Thank you for your very positive review! We're glad you enjoyed what Brighton has to offer and that you found your stay with us good value, warm, and friendly. We're spoilt for choice when it comes to food in Brighton, and it sounds like you found some good spots! We hope to welcome you back, should you return to the city.

Report response as inappropriateThank you. We appreciate your input.
This response is the subjective opinion of the management representative and not of TripAdvisor LLC
See all 738 reviews
Payments made by partners impact the order of prices displayed. Room types may vary.
Nearby Hotels 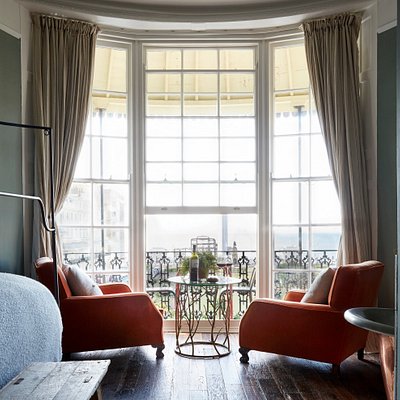 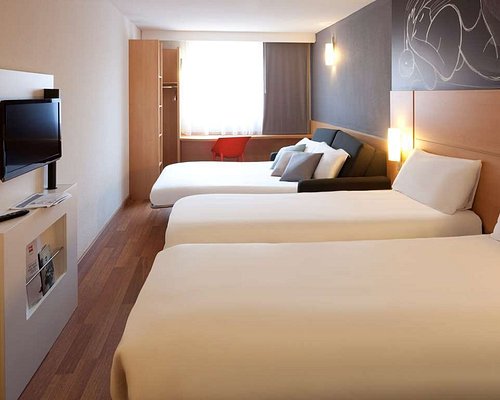 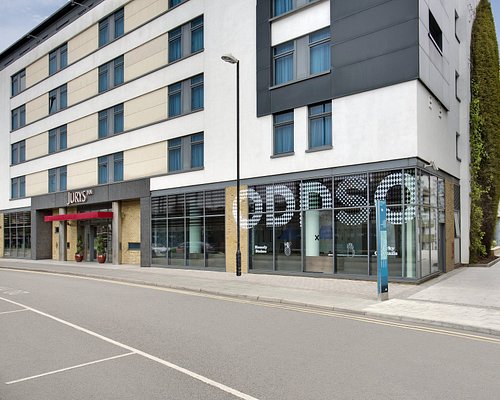 Taking safety measures
We compared the lowest prices from 17 websites
Breakfast included
The Grand Brighton
US$136
Booking.com
View deal
Reserve now, pay at stay
Expedia.com
US$136
Agoda.com
US$132
Hotels.com
US$136
View all 17 deals from US$131
11,342 reviews
0.2 miles from Brighton House

Taking safety measures
We compared the lowest prices from 16 websites
Mercure Brighton Seafront Hotel
US$135
Booking.com
View deal
Free cancellation
Priceline
US$135
ZenHotels.com
US$126
Hotels.com
US$135
View all 16 deals from US$126
335 reviews
0.2 miles from Brighton House

Taking safety measures
We compared the lowest prices from 16 websites
One Broad Street
US$89
Tripadvisor
View deal
Pay up to 12X
Travelocity
Booking.com
US$89
eDreams
View all 16 deals from US$89
36 reviews
0.7 miles from Brighton House

A lovely warm welcome awaited us at Brighton House from Jessie who was polite and helpful. We stayed 2 nights and our room was clean and the beds were comfortable.
Breakfast was a feast with plenty of everything and all great quality. Loved the croissants. Loved them too much!
We would definitely return and would recommend Brighton House unreservedly.

Thank you for your kind report. We're glad you enjoyed our breakfast, especially the croissants! We look forward to welcoming you back should you return to Brighton.

Report response as inappropriateThank you. We appreciate your input.
This response is the subjective opinion of the management representative and not of TripAdvisor LLC
208yasminr
1716
Reviewed 28 March 2017 via mobile
Lovely, homely B&B

I've just returned from a 2 night break with my mum and sister. We stayed in the triple room on the lower ground floor.
This B&B is top quality, set in a charming regency building in central Brighton- 2 minutes from the sea and close to the laines and attractions.
The small scale and personal nature of this B&B makes it very charming and a cosy place to stay. The triple room was airy and traditional with a modern bathroom.
There are many sweet touches- such as homemade, organic cakes and fruit provided daily. Jessie on reception and the guy that provides the breakfast are both accommodating, charming and helpful.
The daily breakfast is a feast- including incredibly fresh and pasty pastries, smoked salmon, a selection of local cheeses, and lovely coffee.
This is a real gem in Brighton and I would recommend it to anyone x

Thank you for taking the time to write such a glowing review. We're glad you noticed the bathroom, as we've just had them all replaced! If you ever return be sure to make use of our 10% returning guest discount when booking direct.

Report response as inappropriateThank you. We appreciate your input.
This response is the subjective opinion of the management representative and not of TripAdvisor LLC
edgylucy
Christchurch, United Kingdom
1715
Reviewed 26 March 2017 via mobile
Disappointed

After having read some great views about Brighton House we were excited about visiting this weekend. Our visit started well with two members of staff being very accommodating and informative, the house being in a great location and it all seemed great. Unfortunately the room and the staff in the morning let the whole place down. The room was on the very top floor which was up 5 flights of stairs, which wasn't the end of the world but too much for an older couple or anyone less able. The room itself was basic but clean and fresh which was good. The thing that really let it down was the staff in the morning who were more interested in having a chat between themselves in the kitchen than seeing if we wanted tea or coffee or making us feel welcome in any way. Unfortunately it's the small things that really count and mean you stand out from the crowd and want to return... its really easily fixed and I hope they do as it's a cracking place otherwise.

We're sorry that you were disappointed with your stay. It's encouraging to see that you were welcomed well, and you found the room clean and fresh. Unfortunately we let you down at breakfast, and this feedback will definitely be taken onboard. Relevant steps will be made to improve upon the issues you raised, and thank you for letting us know how we can do better.

Report response as inappropriateThank you. We appreciate your input.
This response is the subjective opinion of the management representative and not of TripAdvisor LLC
SueRands1
St. Neots, United Kingdom
3514
Reviewed 24 March 2017
The only place I would stay in Brighton

I visit Brighton regularly and always stay at Brighton House. I discovered it by accident a few years ago after staying in other places. The rooms are comfortable and clean, the staff are all very friendly and helpful. The breakfast is great with a wide selection of goodies to suit all tastes.

It's always a pleasure to have you stay with us, Sue! Glad you enjoyed your time again and we all look forward to having you back in November!

Report response as inappropriateThank you. We appreciate your input.
This response is the subjective opinion of the management representative and not of TripAdvisor LLC
s22dan
Oxford, United Kingdom
3838
Reviewed 18 March 2017
Flying visit

We visit Brighton a lot and try to stay somewhere different every time as there are so many places to stay. This looked nice on the internet so decided to try it. Very nice welcome on arrival by young man on desk, checked us in, sorted out our parking and even offered to carry bags up. Great start. Room was very clean and bed exceptionally comfortable with good duvet and pillows. Very clean shower room with nice towels. But no toiletries and we've paid less for rooms and still had complimentary smellies so that was disappointing, I should have read the blurb properly. Now Brighton can be very noisy in places and it's always a struggle to get a perfect nights sleep and unfortunately Regency Square seems to be a gathering place for drunk down and outs who spend most of the night rowing with each other. Both nights we were woken by this and one morning were woken very early by one losing it right outside our window using very blue language.Not the hotels fault but it has put us off Regency Square as a place to stay in the future. Brighton House prides itself on its organic buffet breakfast which we were looking forward to, but we were really disappointed with it. There were boring cereals and just lots of dried fruit and nuts ,not very exciting yogurts , only pain au chocolats and no croissants. The selection of cold meats was dismal, very small pieces of salmon, mackeral and ham, the cheese pieces were also very tiny, a few small warm boiled eggs and half a loaf of bread. The plates are so tiny it's hard to get enough on, so you have to keep getting up to get a bit more and we had to keep asking for more things as they had run out. We also had to ask for more coffee several times as you only get a cup, there isn't enough butter for your toast and not enough milk in your jug.Such a shame because we've had great continental buffets before but this falls well short. Also no one seemed bothered about us, we had no interaction with anyone at breakfast, no one seemed interested , it all felt a little impersonal .The hotel looks a little tired from the missing letters on the sign outside to the scruffy stairway and carpet. Perhaps that's why it was nearly empty whilst other places I tried to book were full. A little tlc and a better breakfast is needed to catch up with others in a very competitive market.

We're sorry you found fault with your stay. It's unfortunate that you didn't enjoy our breakfast, usually we receive very positive feedback and we're always happy to bring more of anything out to the buffet or to the table. We have just had all our bathrooms renovated, and we are constantly engaged in renovating the building as is necessary with large regency town houses. We hope you find more suitable accommodation should you return to Brighton.

Report response as inappropriateThank you. We appreciate your input.
This response is the subjective opinion of the management representative and not of TripAdvisor LLC
View more reviews
PreviousNext
1…232425…