US$181
View deal
Free cancellation until 13/08/21
Expedia.comUS$181
PricelineUS$181
TravelocityUS$181
View all 15 deals
Prices are provided by our partners, and reflect nightly room rates, including all taxes and fees known to our partners. Please see our partners for more details.
Payments made by partners impact the order of prices displayed. Room types may vary.
denisep0153
91

Good location, close to Dockyard and retail outlet. Décor is interesting, and room was pleasant and comfortable. We tried to book an evening meal on arrival, but were advised the dining room was booked, but could try a bar meal. The bar was very crowded and noisy. However found very good, reasonably priced restaurants five minutes away in the retail park. Breakfast was ok, but nothing special. Staff were all pleasant and friendly.

See all 526 reviews
Payments made by partners impact the order of prices displayed. Room types may vary.
Nearby Hotels 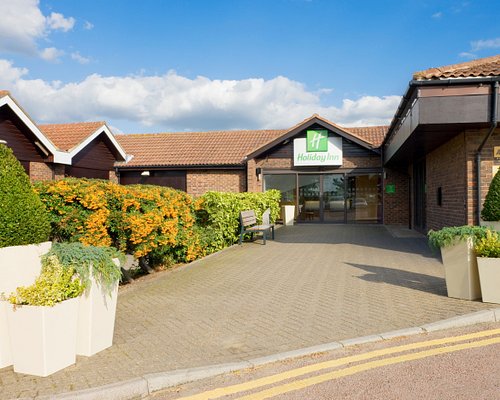 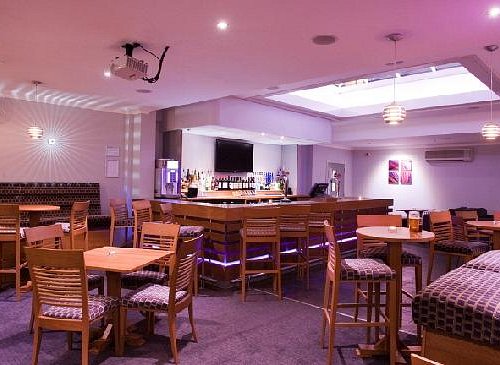 Top Rated
Breakfast included
St. George Hotel
US$75
Tripadvisor
View deal
Pay up to 12X
Hotels.com
Booking.com
US$75
Travelocity
View all 15 deals from US$75
454 reviews
1.6 miles from Ship & Trades
We compared the lowest prices from 15 websites

Since refurbished thought we would try the restaurant again to see if there had been an improvement. Was very busy, and was told by the waitress there was no lobster so any meal with lobster in including pasta was off the menu, also no tiger prawns. Ordered a crab in batter as a starter and ribs for main but then she informed me that ribs had gone as well, so opted for sirloin steak in peppercorn sauce, sautéed potatoes & salad. Waitress was pleasent, and we didn't have long to wait. It was extremely noisey so not a place for a romantic evening for sure. The crab starter was just like a plate of batter with coleslaw, and my peppercorn sauce was a pot of cream with no taste of peppercorns at all. Very disappointing and won't be returning for a evening meal, will return only for the lunches as never had a problem with them. Whoever is in charge of ordering the food needs a bit more training, as to run out of so many dishes on a weekend which is a busy time is not acceptable.

This review is the subjective opinion of a TripAdvisor member and not of TripAdvisor LLC
188l
Glasgow, United Kingdom
5432
Reviewed 29 July 2017
Decent Hotel, Restaurant and Bar

Keeping things into context, the Ship & Trades is a mid range brewery owned hotel, bar and restaurant (Shepherd & Neame). It does what it says on the can, and does it very well.

The place is spotlessly clean, run by a young, polite and engaging group of staff. From the reception on arrival, through to the bar and restaurant the staff were attentive at all times.

Our room was spotlessly clean, nicely decorated and furnished in a nautical theme with views over Chatham Marina. A very comfortable nights sleep was had.

The restaurant offered a varied enough range of options, the food was very good and certainly met our expectations from the menu on offer.

Breakfast next morning was included in the room price. There is a very good menu on offer for breakfast, with various pancake, crumpet, fruit and egg dishes available.

This review is the subjective opinion of a TripAdvisor member and not of TripAdvisor LLC
NickP186
Eastleigh, United Kingdom
106
Reviewed 28 July 2017
Very Comfortable, Excellent food

We have just spent 2 nights here with family members attending our son's graduation ceremony. The location next to the marina is excellent and attractions such as the Historic Dockyard within easy walking distance. The staff were very attentive and the food, especially breakfast were superb. The rooms are a good size. We particularly like the exec rooms with a view over the marina.
We would stay again.

Room tip: Ask for a view of the water
Ask NickP186 about Ship & Trades
Thank NickP186

This review is the subjective opinion of a TripAdvisor member and not of TripAdvisor LLC
GingerBiffer
Bedford
6584
Reviewed 24 July 2017
Very Disappointed, was Expecting Far Better

The stay started well, we arrived early and luckily enough our room was ready, girl on reception was very helpful. We had a superior river view room which was pleasant enough. Walked out on the balcony / terrace and realised all the seating cushions were soaking wet, so we couldn't sit out and went down to the bar. Queued behind a couple getting served and after the barman had given them their drinks he promptly turned his back on me and began fiddling with straws. I waited patiently but despite seeing one of the other staff bring his attention to me, he didn't turn round. So in the end I had to ask if he was actually working or not. Took 2 menus with the drinks back to the table and a few minutes later went to order some food only to be told rather bluntly by a young girl that I had to wait until 12 as brunch had finished at 11, 3 minutes ago!

We drank up and left, having lunch/brunch elsewhere. We had pre booked a table for the evening and that proved to be no better, food was warm at best, congealed gravy and service poor, first time in years I have not left a tip.

Breakfast the next morning (pre paid or we wouldn't have bothered) was awful, bacon salty, both my fried eggs were broken, my wife asked for a poached egg and her whole breakfast was inedible as everything including the toast was soaked in vinegar water. At least the young girl who served us was pleasant, unlike the chef who I said good morning too and got completely blanked by.

In short if you want decent food, service and a terrace you can use without swimming trunks, then don't stay here. The hotel can thank the reception girl on Saturday for the extra star!

This review is the subjective opinion of a TripAdvisor member and not of TripAdvisor LLC
Ian C
Chatham, United Kingdom
114
Reviewed 20 July 2017
Gone Downhill!

Been a regular visitor to the Ship & Trades for years but not sure if this will continue. To be honest, tended to be for the beer (Shepherd Neame), and view more than anything although the food can be good - just recently though food quality seems to be getting too bad for the view to make up for. Visited yesterday for an impromptu lunch with my wife - lots of items on the menu unavailable (this was at 2.00pm when they are open all day). Ordered ham egg and chips for myself and scampi for my partner. Waited for 15mins for our food to arrive only to then be told by a very apologetic staff member that the ham egg and chips had run out too. I changed my order to scampi which then arrived after another 15 mins - scampi luke warm and salad wilted not impressive for £10.
Went up to bar to buy another round and by this time the normally helpful staff seemed to be losing interest took another 5 mins while food getting even cooler. Oh and by the way, don't forget to visit the hotel reception to register your car reg if you are staying over 2 hours or you will end up with a £100 ticket!
All I can say is the management team need to get a grip or even the beer and view will not be enough to entice me back!