Loved it! - Review of The Savoy

US$595
View deal
Hotels.comUS$637
Trip.comUS$634
PricelineUS$638
View all 17 deals
Prices are provided by our partners, and reflect nightly room rates, including all taxes and fees known to our partners. Please see our partners for more details.
Payments made by partners impact the order of prices displayed. Room types may vary.
fussy71
London, United Kingdom
13895

Review of The Savoy
Reviewed 17 January 2013

Stayed here at the weeknd and loved it. Arrived at midday and room was not ready. When we returned and hour later we were taken to our room and we had been upgraded to a junior suite which was beautiful.

The staff were professional and helpful, the food (breakfast) was delicious and the suite was more than what we could have asked for!

See all 6,474 reviews
Payments made by partners impact the order of prices displayed. Room types may vary.
Nearby Hotels 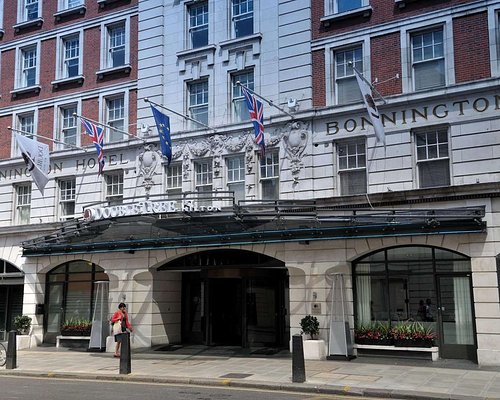 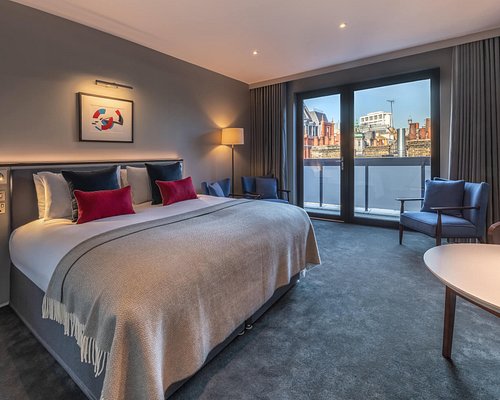 London Bridge Hotel
US$186
Booking.com
View deal
Free cancellation
Trip.com
US$183
Agoda.com
US$177
eDreams
US$186
View all 11 deals from US$177
3,125 reviews
1.4 miles from The Savoy
We compared the lowest prices from 11 websites
Novotel London Canary Wharf
US$176

Taking safety measures
We compared the lowest prices from 16 websites
Park Plaza Westminster Bridge London
US$282
Booking.com
View deal
Free cancellation
Trip.com
US$255
Priceline
US$282
eDreams
US$282
View all 14 deals from US$255
22,784 reviews
0.7 miles from The Savoy

The second time we have stayed in six months and upgraded to a double room, which was absolutly fabulous. Brilliant service, unpretentious, very high standards and very impressed. Many hotels especially the big chains should learn a lesson from these guys.

Praise indeed! A truly wonderful compliment that is very much appreciated by all the staff. Thank you for taking the time to share your comments and we hope you and your family will visit us again soon.

Report response as inappropriateThank you. We appreciate your input.
This response is the subjective opinion of the management representative and not of TripAdvisor LLC
8Paul8
Lichfield, United Kingdom
125
Reviewed 15 January 2013
Birthday Bliss!!

We stayed for three nights to celebrate a birthday. Booked into a luxury room which was very nice, however, was overlooked by an office block and had a wardrobe that only accomodated our coats and a suite bag! We moved to an alternative room which was much bigger with an equally bigger wardrobe. The room was very clean and decorated beautifully. The furniture and large bed were extremely comfortable and the bathroom was large with roll top bath and separate walk in shower. Ate breakfast in the Riverview Restaurant, the food was excelllent and plentiful, however,the service was a little slow to remove empty plates. All the staff were extremely friendly and helpful throughout our stay. Overall, the experience was superb and was the ideal location for a special celebration.

This review is the subjective opinion of a Tripadvisor member and not of TripAdvisor LLC.
Patsy45
Hertforshire
6353
Reviewed 15 January 2013
Worth saving your pennies for

I visited the Savoy last Friday (Jan 11) with my husband. It was my Christmas present from him, a show in the evening and to stay at the Savoy. I had very high expectations, I'd always wanted to stay there, and I was not disappointed. We arrived early, at about midday, a doorman noticed our overnight bag and asked our names, when we entered the hotel someone was waiting to greet us by name-impressive. A friendly young lady asked if we had been before, when we said we hadn't after effortlessly checking us in showed us around before taking us to our room. It was a basic room and a lovely surprise, much larger and more luxurious than expected, and a view of the river-fantastic after dark. I like to make a cup of tea myself in the morning when I wake up, I had looked at the hotel website before we went, my husband phoned and it was no problem to have tea and coffee facilities in our room. If we just wanted coffee I'm sure a coffee maker would be provided. Lovely bathroom and toiletries. We had an early dinner in the River Restaurant, very nice, when we got back from the show a nightcap in the American Bar, cool jazz pianist playing. Complimentary olives and mixed nuts were provided. An excellent way to end the evening.
We had a very leisurely breakfast (more of a brunch) in the Thames Foyer which was superb, we didn't want anything to eat for a long while afterwards. We reluctantly left at lunchtime, it was a memorable experience, expensive for us but well worth saving for. I would recommend it to anyone looking to celebrate a special occasion, or who simply wants to treat themselves or someone close.

Room tip: We were in room 628 which had a great view of the river, you could see both sides, St. Paul's and the more modern buildings beyond on one and National Theatre, Oxo Tower etc. on the other.
Ask Patsy45 about The Savoy
2  Thank Patsy45

It sounds as though you had the most perfect, romantic and memorable stay; what a wonderful Christmas present. Thank you for a great review and we hope you and your husband will have another opportunity to visit us in the not too distant future.

Report response as inappropriateThank you. We appreciate your input.
This response is the subjective opinion of the management representative and not of TripAdvisor LLC
EmyrOwen
South Wales
1220
Reviewed 15 January 2013
A memorable stay

We visited the world famous Savoy hotel after watching the documentary on the refurbishment.
Staff were very nice and did well to remember your name, not sure how they manage to do this..
Checkin very swift and shown around the room within 5 mins. Location is very good for visiting London, much within walking distance. Room quality very nice. Breakfast was of high standard. Would recommend the American Bar before going out for Dinner. I'd say that they need to provide the Phantom complimentary within 3 mile radius : )

This review is the subjective opinion of a Tripadvisor member and not of TripAdvisor LLC.
Bluesprout61
Peterborough, United Kingdom
669340
Reviewed 13 January 2013
A Memorable Stay

We booked an American Express special offer for a two-night stay at The Savoy, including breakfast and one lunch or dinner. Having stayed in luxury hotels around the world, I can say that The Savoy really does deserve all the accolades it receives.

Check-in was very smooth: the doorman asked our name and showed us to a member of staff inside, who took us to our suite to check in.

We had booked an Edwardian suite, although this room category isn’t actually listed on The Savoy’s website. We assumed we would be in a Junior Suite, but on arrival we were shown to a One-Bedroom suite: I am not sure whether this is what the Amex offer included or whether we were upgraded. It was on the 8th floor, in the courtyard wing, with views over Waterloo Bridge and The Thames and of the top of the London Eye above the roof opposite: all very pretty, particularly when lit up at night.

The suite consisted of a large, comfortable sitting room, a reasonable-sized bedroom and a nice bathroom with heated floor and lovely toiletries. Two minor criticisms: the wardrobe was too close to the bed, so it was impossible to walk around the bed when the wardrobe doors were open; and I was surprised that the bathroom had a bath with shower above it, rather than separate bath and walk-in shower. But everything had a lovely, luxurious feel about it. There was a speaker for the bedroom TV in the bathroom, which actually worked (I have been in many hotels that have these controls in the bathroom and they almost never work).

We had a plentiful supply of bottled water - two large bottles on arrival and small bottles provided as part of the turn-down service. The shortbread and apple compote was a nice touch, too. There were no tea & coffee making facilities in the suite, but as butler service was included, we simply called our butler in the mornings and he brought us a nice tray of tea, coffee and biscuits.

Breakfast in the River Restaurant was excellent - all prepared to order rather than a self-service buffet, although we wouldn’t have eaten there if it hadn’t been included in the package, as it was very expensive. Staff were friendly and attentive. We also had dinner in the River Restaurant (see separate review). We had cocktails in The American Bar, which is undergoing some refurbishment, so it wasn’t as good as expected. We also had cocktails both nights in The Beaufort Bar, which had a much better atmosphere and selection of cocktails.

I would love to stay at The Savoy again, but will have to wait for another very special offer or a win on the lottery.

This review is the subjective opinion of a Tripadvisor member and not of TripAdvisor LLC.
View more reviews
PreviousNext
1…866867868…