the hotel and room were very clean and comfortable. the staff are very friendly and welcoming. the breakfast menu offered a good choice and was cooked perfectly.
there are two pubs within a short walking distance offering food which we sampled and enjoyed at reasonable prices.
it would be an ideal place to stay for racegoers. as it is within walking distance.
there is a bus stop outside which goes to York.
all in all it was a very nice 3 day stay.

See all 391 reviews
Payments made by partners impact the order of prices displayed. Room types may vary.
Nearby Hotels 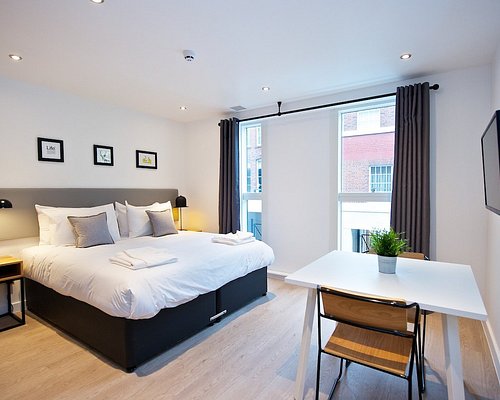 Travelocity
View Deal
Booking.com
US$78
Trip.com
US$73
travelup.com
View all 13 deals from US$73
3,050 reviews
1.8 miles from Burswood Guest House 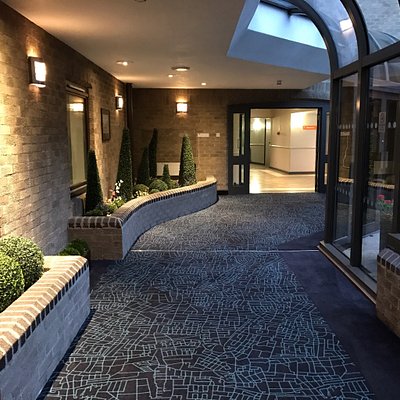 Park Inn by Radisson York
US$89
Booking.com
View Deal
Free cancellation
Hotels.com
US$94
StayForLong
US$87
Expedia.com
US$94
View all 14 deals from US$87
3,265 reviews
1.7 miles from Burswood Guest House
We compared the lowest prices from 14 websites
Novotel York Centre Hotel
US$84

Hotels.com
View Deal
Free cancellation
Pay up to 12X
Expedia.com
US$84
ZenHotels.com
US$82
Booking.com
US$83
View all 14 deals from US$82
3,299 reviews
1.6 miles from Burswood Guest House

Taking safety measures
We compared the lowest prices from 14 websites
Middletons York
US$122
Booking.com
View Deal
Free cancellation
Hotels.com
US$104
Expedia.com
US$104
Agoda.com
US$122
View all 16 deals from US$104
1,214 reviews
1.5 miles from Burswood Guest House

Location: 10 mins drive to town/similar time by bus which stops outside the guest house and goes to various locations in city centre.

Service: During our stay, we were taken care of by two very friendly and nice ladies Milka and a Taiwanese lady that I did not catch the name of. They were making a lot of effort to make our stay a great experience.

This review is the subjective opinion of a TripAdvisor member and not of TripAdvisor LLC
geear
London UK
960
Reviewed 5 November 2014
Excellent ... but overpriced?

Very little to complain about in this lovely, immaculate, friendly B+B. Just wonder if the ambience is worth the £353 bill for three nights. Could have gone across the road to the Holiday Inn for less. If I have a beef at all it would be down to the bed linen!! One expects (at this price) hotel quality sheets and duvet covers. What I got was polyester, pilling and scratchy stuff. A nightmare if you have eczema or sensitive skin. Corners have been cut here, which is a shame. The rest is perfect, Good quality breakfast, proper napkins and shining cutlery.and staff who will do their best to make one feel welcome. And finding myself back home without my charger, a quick phone call returned it to me in 24hours. Thank you.!!!

Room tip: Upstairs rooms are 'loft' based. Velux windows so very hot. Couldnt secure them in an open position. Ground floor may be more comfortable.
Review collected in partnership with this hotel
This business uses tools provided by Tripadvisor (or one of its official Review Collection Partners) to encourage and collect guest reviews, including this one.
Ask geear about Burswood Guest House
Thank geear

I am happy to know that you found your stay with us excellent, however i have noticed, that you mentioned (polyester sheets) on your room.

We are a small team that proud ourselves for our standards, so i must clarify that all our rooms have cotton sheets, i am sorry to know that you have a sensitive skin, and that our sheet were not what you were expecting.

The other point, was concerning the price, i am sorry that you found our price expensive, however, we unfortunately don't have singles rooms, therefore your room was booked for the weekend and for 2 people through booking.com.

When you visit us again, please give us a call and book directly with us, we can give you a better price, since you are travelling by yourself.

It is nice to read that you noticed our friendly and helpful staff. Certainly we have passed this on to our employees. We are also happy that you appreciate our awarded Breakfast.

We are looking forward to welcoming you again during your next stay in York.

Report response as inappropriateThank you. We appreciate your input.
This response is the subjective opinion of the management representative and not of TripAdvisor LLC
Penny W
Henley-on-Thames, United Kingdom
21
Reviewed 3 November 2014
Comfortable and accommodating

Thank you for a pleasant and welcoming stay. This was our first time visiting York and as a family of four (2 teenagers) accommodation is always a problem. Burswood Guest House was perfect, we had 2 rooms opposite each other which were both comfortable and quaint. Fresh milk in the fridge - bonus.With just a 5-10min drive into the center of York and a superb pub/restaurant a few doors down it was the perfect stay - would highly recommend.

Review collected in partnership with this hotel
This business uses tools provided by Tripadvisor (or one of its official Review Collection Partners) to encourage and collect guest reviews, including this one.
Ask Penny W about Burswood Guest House
Thank Penny W

This review is the subjective opinion of a TripAdvisor member and not of TripAdvisor LLC
standrews47
Stourport-on-Severn, United Kingdom
366155
Reviewed 3 November 2014
boiler gets hosts in hot water, or lack of it :(

Welcomed by the owner on arrival and allowed us to park in the car park even though we were early, so did have to pay parking charges in the town, on returning we were shown to the room by Milka, very well presented Garden Room, toiletries, biscuits, chocolates all nice extras, fresh milk and bottled water in the fridge another nice touch. cant really fault the room at this point. Breakfast after a good nights sleep was excellent and can see why they have won awards, one minor point was the black pudding appeared to have just been warmed up rather than cooked in a pan. The guest house is on the main road running into Chester, but we heard no road noise in our room. Second day we hit a little snag, after a LONG walk around the town, we headed back to freshen up for the evening and while my wife was having a shower the water ran cold, and my attempt to have a bath hit the same issue, no Hot water. I spoke to Milka and it would appear they had simply run out of hot water as the don't keep the boiler running all day. Even when it was ok it takes a long time for the hot water to reach the taps, apparently not the first time this has been reported so this should have been handled on the first report, not wait until someone else had the same issue. Overall we had a very nice weekend, Breakfast this morning was also very good, but we asked for a couple of changes to the menu and they were handled without any issues. There are a couple of nice pubs within a few yards, both serving food and good selection of drinks. Bus stop right outside and lots of different buses running past if you dont want to walk into the town, which we did a couple of times as its not that far and fairly flat.

Room tip: The Garden Room is furthest from the road, so no noise, but check they have sorted the hot water problems if you want a bath or shower before going out in the evening.
Ask standrews47 about Burswood Guest House
Thank standrews47

This review is the subjective opinion of a TripAdvisor member and not of TripAdvisor LLC
Wendy L
Morpeth, United Kingdom
21
Reviewed 17 September 2014
Fab hosts

Thank you Milka and team - you made us feel so welcome. It was a pleasure being able to sit in your garden when we arrived and to be able to have a cup of tea with milk out of the room's fridge was a bonus. Breakfast was lovely in the conservatory setting - fresh fruit, ie not tinned! and a toast machine to be able to help ourselves when desired was great and all set out beautifully. The availability of newspapers, individual china tea pots and sugar tongs all made it a little different Proper napkins too :) a pretty room and an enjoyable stay - thank you.