Innkeeper's Lodge Leeds West
Innkeeper's Lodge Leeds West
Lowest prices for your stay
Lock in the lowest price from these sites
US$95
Free cancellation until 29/10/21
Reserve now, pay at stay
View deal
PricelineUS$95
eDreamsUS$95
Agoda.comUS$95
TripadvisorUS$95
Prices are provided by our partners, and reflect nightly room rates, including all taxes and fees known to our partners. Please see our partners for more details.
Payments made by partners impact the order of prices displayed. Room types may vary.
Relax709957
21

A lot of us recently stayed over after a wedding and it was brilliant. Mandy was working breakfast time and she was lovely, she went out of her way to make our stay very welcoming. Will definitely be staying again!More

Hi, we are so pleased you enjoyed your visit.

We always strive to provide top quality service to every guest, and are pleased to hear that Mandy fulfilled this - I will certainly pass your kind words on to her, she will be so grateful!

Thanks again for taking the time to leave us this information about your recent visit.

Report response as inappropriateThank you. We appreciate your input.
This response is the subjective opinion of the management representative and not of TripAdvisor LLC
See all 236 reviews
Payments made by partners impact the order of prices displayed. Room types may vary.
Nearby Hotels 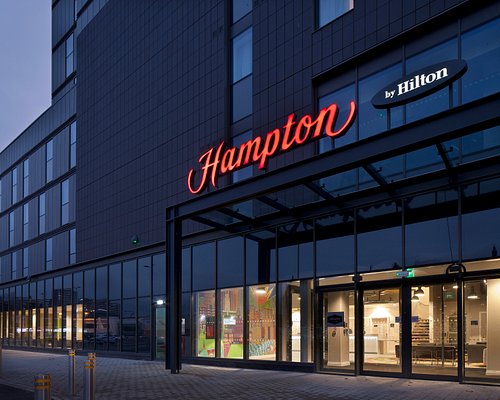 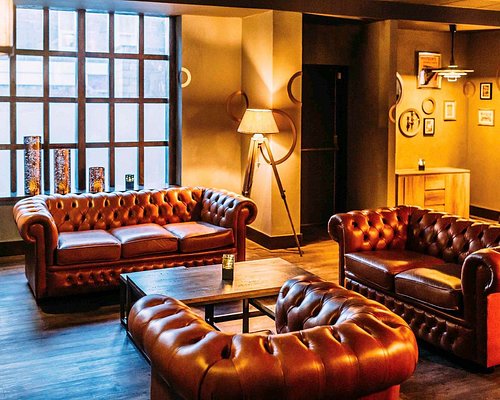 Taking safety measures
We compared the lowest prices from 17 websites
Doubletree by Hilton Hotel Leeds City Centre
US$104
Tripadvisor
View deal
Pay up to 12X
Hotels.com
Booking.com
US$114
Expedia.com
US$104
View all 18 deals from US$104
5,035 reviews
5.8 miles from Innkeeper's Lodge Leeds West

Hotels.com
View deal
Booking.com
US$73
ZenHotels.com
US$72
Expedia.com
US$73
View all 18 deals from US$72
609 reviews
5.9 miles from Innkeeper's Lodge Leeds West

Hotels.com
View deal
Booking.com
US$135
Agoda.com
US$118
Orbitz.com
View all 17 deals from US$118
2,688 reviews
5.7 miles from Innkeeper's Lodge Leeds West
We compared the lowest prices from 17 websites
easyHotel Leeds

Hotels.com
View deal
Expedia.com
US$60
FindHotel
US$41
Booking.com
US$51
View all 16 deals from US$41
289 reviews
5.9 miles from Innkeeper's Lodge Leeds West

I like the spirit of vintage , but sorry we need to be in line with our time and here it is not the case , NO wifi , and not possible to connect, somehow during hollidays it could be good , but when the price of the room is like it is charge at this hotel , you can not play with that. in addition it s a restaurant and Pub at the same time old and nice design restaurant is not so bad and services is perfect on the morning could be better during the evening but aceptable. Bedroom are old but clean , bed old and ..Old , and the room 11 is really noisy, in front of the road.

This review is the subjective opinion of a Tripadvisor member and not of TripAdvisor LLC.
WilliamWrawby
Brigg, United Kingdom
233115
Reviewed 2 March 2017
Pleasant Overnight Stay

A colleague had recently stayed here and was not impressed with cold water instead of hot and inoperative heating. I was a little anxious about experiencing the same but was pleasantly surprised. My room was clean, comfortable and I have a bath and a shower with hot water. the heating functioned and WiFi worked once one registered with O2, the supplier. Staff were pleasant. I ate in the restaurant downstairs. The only negative point ws that i room was above a speaker in the room downstairs, so there was a little background noise in the room.

Room tip: Check for a room not above the restaurant or facing the main road for traffic noise in the morning.
Ask WilliamWrawby about Innkeeper's Lodge Leeds West
Thank WilliamWrawby

This review is the subjective opinion of a Tripadvisor member and not of TripAdvisor LLC.
hayleyltfc
124
Reviewed 17 February 2017 via mobile
Lovely stay!

Stayed for 4 nights midweek Mon-Fri. On arrival check in was quick and easy nice warm welcome.
Our room was at the far end of the hotel next to the road of the main one into Calverley. Traffic could be heard but it was easily tolerable and didn't put us off! The room it's self was warm and welcoming with lots of character and beams and plenty of space to move around. En-suite bathroom had really good hot towel rail and nice big bath towels (Yes!) floor boards were creaky but it Added to the character of the place!
Continental breaky included in our stay was a bonus but I would definitely recommend the cooked breakfasts that are provided for a little bit extra £££ (but worth it) compliments to the chefs and staff. Special mention to Mandy who works on morning. She was brill and always put a big smile on your face along with wearing one herself. Really helpful and had a laugh or too! Keep up the fantastic work Calverley arms staff.
Thankyou for a great stay!

This review is the subjective opinion of a Tripadvisor member and not of TripAdvisor LLC.
louisochka
Ipswich, United Kingdom
3216
Reviewed 16 February 2017 via mobile
Wouldn't choose this again.

I stayed at the hotel for one night for business purposes. My night included dinner and breakfast in the pub downstairs.

The hotel itself is okay, a bit dated perhaps and basic, but perfectly okay. Comfortable bed, large room, quiet once the bar was closed - exactly what was required.

The pub itself is a nice building with a good atmosphere. But what really lets it down, and is inexcusable, is the quality of meat products used, resulting in bad food.

For dinner I ordered a "roast breast of turkey with thyme and lemon butter and stuffing in bacon". What arrived was not a breast, and there was no butter, no stuffing. It was two slices of one of those round reconstituted turkey rolls. It was obvious because of the little bit of skin around the edge, and also I remember my mother cooking the same thing. Not nice, and not as per the menu. I raised it with the waitress who asked if I would like another one, not really understanding my gripe. The rest of the food was really nice.

I had a full breakfast the next day and the meat was awful - the bacon and sausage were pale, and looked like they had been bought in with the grill stripes already added. Inedible. But everything else on the plate was lovely.

This leads me to think that the chefs are actually really good, but are let down by the management who buy very low quality and cheap meat products.

I would not eat here again by choice unless the meat issue was resolved.

This review is the subjective opinion of a Tripadvisor member and not of TripAdvisor LLC.
Darren B
Wiltshire, United Kingdom
3915
Reviewed 4 February 2017
A comfortable Nights Sleep with an excellent breakfast

4 of us stayed in 3 rooms for 1 night. The beds were really comfortable and despite being near to a main road it was nice and quiet. The bathroom extractor fans need replacing in a couple of the rooms as they are very noisy and one of the hair driers had a do not use sticker on it, so it could do with some money spending.

The cooked breakfast was excellent, it far exceeded expectations. The continental breakfast offering was very good too.

This review is the subjective opinion of a Tripadvisor member and not of TripAdvisor LLC.
View more reviews
PreviousNext
1…8910…