“Title says it all”
cWhVXzFfWVNj
other traveller has booked this property 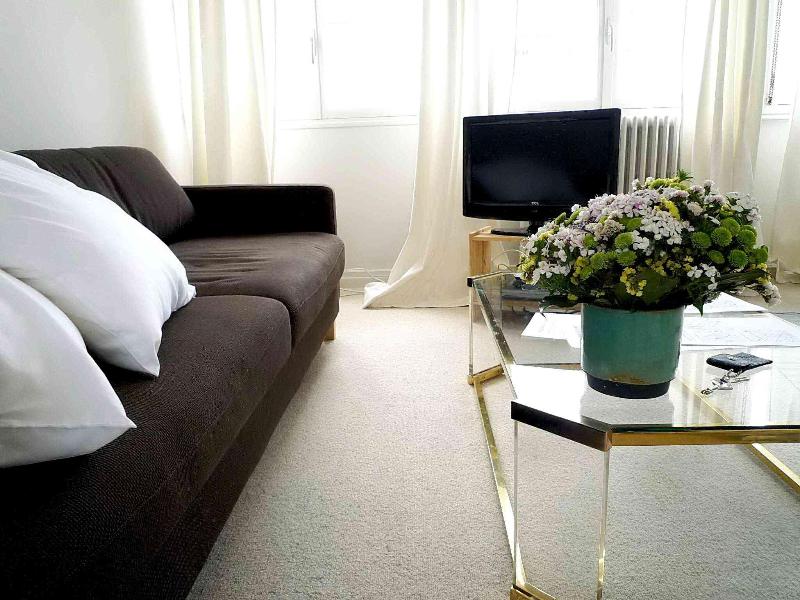 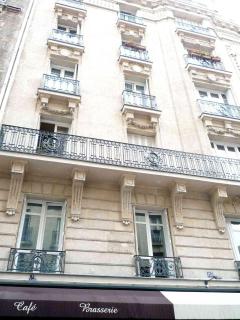 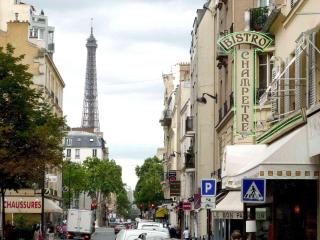 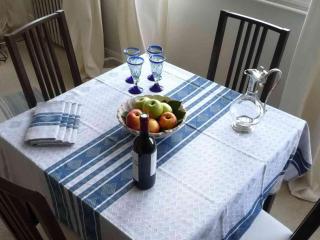 Excellent - based on 37 reviews
Write a Review

A great apartment in a terrific neighborhood! The apartment was clean and in a quiet building. Check in with Marc was quick and easy. He was extremely helpful and provides a book with information of the immediate area including markets, restaurants, bakeries, etc. The apartment is within a 10 min walk of 3 metro stops and a RER station. Great supermarkets, restaurants, cafes, and bakeries very close to the apartment. Absolutely worth the money for a family of 4, 5, or 6. Staying there made a great vacation even better!

Date of stay: December 2013
Would you recommend this hotel to a friend?   Yes.
Was this review helpful? Yes
This review is the subjective opinion of a TripAdvisor member and not of TripAdvisor LLC
Problem with this review? Thank you. We appreciate your input.

9 helpful votes
“A Great Apartment and great host!”
Reviewed 15 December 2013 for a stay in December 2013
4
people found this review helpful

From the moment we made the booking for the apartment, Marc was always responsive to emails and questions.
On arriving in Paris by train, Marc's instructions for getting to the apartment were easy to follow helping us to get to easily (finding it's location first on GoogleMaps also helped with directions and recognising the apartment location).
Marc met us at the apartment, and gave us the rundown of the apartment itself as well as suggestions for getting around the city.
We loved the location of the apartment (walking distance to the Eiffel Tower and closeness to metro for the Palace of Versailles), and the nearby selection of patisseries and cafes were simple awesome (we still miss them).
Marc also helped us get a taxi to Orly airport which was very much appreciated.
We have no hesitation in recommending Marc and his apartment to anyone, and if, or when, we can return to Paris we would choose his apartment again.

Thanks Marc for your apartment and for also helping to make our time in Paris a good one.

Date of stay: December 2013
Liked best: A relaxing apartment, the local patisseries, and location.
Travelling group: Extended Family
Would you recommend this hotel to a friend?   Yes.
Recommended for:
Was this review helpful? Yes
This review is the subjective opinion of a TripAdvisor member and not of TripAdvisor LLC
Problem with this review? Thank you. We appreciate your input.

The four of us (me and my wife, my wife’s sister and her husband) spent four nights there in early September. The apartment is located in a good neighbourhood, at 158 rue St Charles, about five to seven minutes south of the St Charles metro station. Along the road are many grocery shops, bakeries, supermarkets and drugstores, as well as street stalls that sell all sorts of food from seafood and meat to cheese and delicacies. If you aim to prepare some of your meals, then this is definitely a very convenient location. Staying here did give us the feeling of being a Parisian.

The apartment itself was okay with decent furnishing and decorations, and was well equipped with all modern utilities (but there was no dishwasher). However, there were signs that the apartment had been over-used and a revamp is becoming necessary. In particular, the non-stick frying pan had been seriously overworked with numerous scratches at the bottom, and my wife was quite apprehensive about using it.

The landlord claimed that the apartment could hold up to seven persons. I wouldn’t really dispute that, but with only one bathroom (the toilet in a separate room) you had to be very patient and willing to give up much of your privacy.

But my biggest problem with the apartment was the requirement of a security deposit, which amounted to E300 for us. At the end of our trip, we left the apartment very clean and tidy, and the landlord sent me a short message thanking us for our cleaning effort just a few hours after we left. He also refunded our security deposit the next day.

Still, I was quite surprised that I needed to make a security deposit. During my six-week European tour of five countries from early August through late September we stayed at four rental apartments (in Venice, Berlin, Paris, Fort William of Scotland and London), but no one else asked for a security deposit. The landlord explained that this was necessary to protect him from damage caused by unruly guests who probably partied all night long. If this is really the case, then I’m quite curious as to what sort of clients he’s attracting. The two-bedroom apartment is in a good neighbourhood, and is not cheap at E215 per night for four persons. Why is it attracting so many party animals?

Date of stay: September 2013
Liked best: The location
Liked least: The security deposit
Travelling group: Extended Family
Would you recommend this hotel to a friend?   Yes.
Recommended for:
Was this review helpful? Yes
This review is the subjective opinion of a TripAdvisor member and not of TripAdvisor LLC
Problem with this review? Thank you. We appreciate your input.

Yamba
Reviewed 31 October 2013 for a stay in October 2013
Date of stay: October 2013
Would I recommend this holiday rental to my best friend?
Was this review helpful? Yes
This review is the subjective opinion of an individual traveller and not of TripAdvisor LLC nor of its partners.
Problem with this review? Thank you. We appreciate your input.

This is a great location - an airy apartment on the top floor of a building along a beautiful Paris rue. The owner Marc is fantastic and very accommodating. He was there to greet us upon arrival and assisted in how transportation works as well as accessing the tourist sites.
There were five in our party and the apartment was perfect for us as a base. The bed in the bedroom provided a great night's rest while the two sofa futon beds in the living room are very roomy and extremely comfortable. The apartment has five large windows that open up fully to allow the cool Paris breezes into the rooms. The neighborhood was full of life and chalked with bakeries, shops and cafes.
A city bus stop is steps from the apartment building and takes you to the Eiffel Tower and beyond. The metro is a five minute walk and the river just slightly further. A wonderful experience living with the Parisians!

Date of stay: July 2013
Liked best: Marc is a wonderful host and the neighborhood is fantastic
Liked least: Very small elevator
Travelling group: Extended Family
Would you recommend this hotel to a friend?   Yes.
Recommended for:
Was this review helpful? Yes
This review is the subjective opinion of a TripAdvisor member and not of TripAdvisor LLC
Problem with this review? Thank you. We appreciate your input.

The Netherlands
Reviewed 6 July 2013 for a stay in June 2013
1
person found this review helpful
Date of stay: June 2013
Would I recommend this holiday rental to my best friend?
Was this review helpful? Yes
This review is the subjective opinion of an individual traveller and not of TripAdvisor LLC nor of its partners.
Problem with this review? Thank you. We appreciate your input.
Previous Next
1 2 3 4 5 6
Updating list...
Still can't find what you're looking for?

Looking for a place to stay in Paris?
View all 2,818 holiday rentals