Good for a two night stay - Review of The Lights Garden

Good for a two night stay

Review of The Lights Garden
Reviewed 6 September 2016 via mobile

This place is a little tired however the communal areas are lovely especially the roof terrace.
However the bathroom did smell and didn't feel clean but I think that was because one of the other bathrooms was broken so a lot of people were using the same one.
However it is a nice hostel

Trip type: Travelled as a couple
See all 182 reviews
Payments made by partners impact the order of prices displayed. Room types may vary.
Nearby Hotels 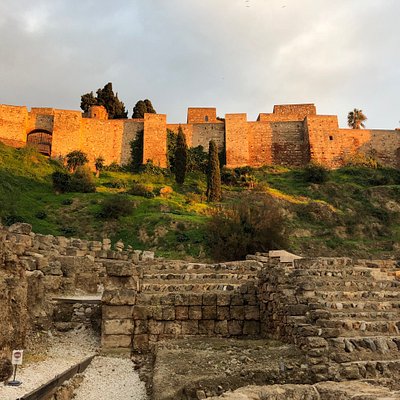 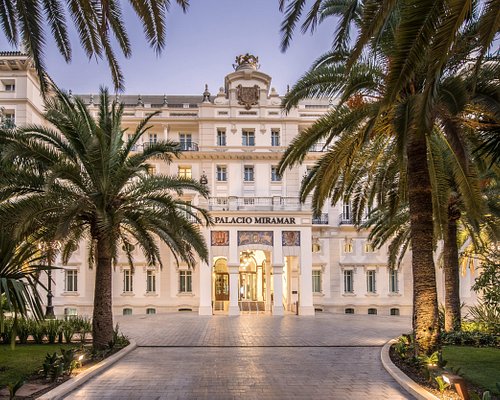 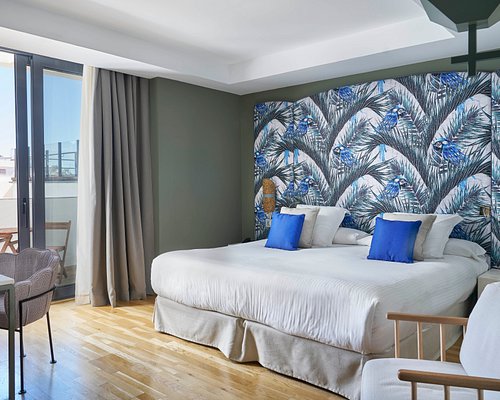 Taking safety measures
We compared the lowest prices from 17 websites
Sol Malaga Guadalmar by Melia
US$109
Booking.com
View deal
Free cancellation
Expedia.com
US$109
FindHotel
US$102
Hotels.com
US$109
View all 16 deals from US$102
1,871 reviews
4.7 miles from The Lights Garden

My friend and I booked a private room in this Casa. Our Ryan Air flight was delayed by two hours - one hour on the runway and then additionally in landing. Thus we arrived at 11.45 at night at the Casa. They closed their reception by 10.
So when we arrived we called the number and nobody answered it. Finally I remembered that they have a sister hostel, so googled the number and the girls were really helpful and said they would reach their boss and he would call us back.
Victor was absolutely unhelpful. He refused to come or send someone to let us in. First he started by saying there would be a 10 euro charge and when I asked to understand that, he basically said 'I should be ashamed of myself calling him at this hour and waking him up' And he will not come to let us in or send anybody.
I told him we were two girls, first time in Malaga and it was midnight. And Victor said he did not care. It was not his problem. I said it was not our fault and he said I could pick that up with Ryan Air, he didn't care.
I asked him if he could recommend a place nearby, and he said go find it yourself.
The host/ owner of a hotel in a city like Malaga was asleep at 10, refused to help his guests from who had taken a deposit and afterwards also TOOK the Full Payment.

I told him we would review this, and he said I was not allowed to put a review as I haven't stayed with him and put down the phone and said not to call him.

so here I am putting the review. He has taken full payment. Refused to help his two guests who were delayed because of uncontrollable situation - flight delays.
He also very clearly said ' he did not care that we were two girls in a new town at midnight outside his hotel that we had booked' and also that 'I should be ashamed for calling him - actually his staff made him call us'

DO NOT BOOK THIS PLACE - for any unforeseen event, the HOST will not help and take all the money from you. I would really worry about this place.
If you have booked this place, please reconsider - there are lovely places in Malaga at equivalent prices - we had to google on the streets (thank God for smart phones) and call up a couple of places at that hour to get a room and then find our way.

Victor - if you have any shame - refund our money back to say the least.

we need to clarify a few points of your review. Our staff tried to call you several times before 22:00 to find out where you are and if we can help you find the way to our hostel. Nobody answered the phone. You first called our sister hostel at almost midnight when you were already in front of the hostel and they offered to send someone to open the door for you as an extra service for a 10,00 Euro late arrival charge. You were clearly NOT happy about the fee and for that reason my husband Victor called you back to explain you the extra service fee, that we officially close at 22:00 and that we have to send someone over. Instead of being thankful that we offer the extra service to check you in almost 2 hours after the hostel closed, you were rude and impolite and you did not accept the fee. You refused to pay and for that reason nobody came to check you in. Usually our guests are happy and thankful to get the chance for the late arrival service because it says clearly stated on all of our booking sites and in our welcome email that our reception closes at 22:00 and that check-in´s later are not possible. So to refuse the fee and to be rude and angry at us instead of being happy and grateful that someone comes from another place to check you in so late at night in a small hostel is unbelievable to me.

And yes, of course you had to pay for the night because you blocked one of our 8 rooms, did not show up in time and nobody else had the chance to reserve the room. Our policies are clearly stated on our booking sites as well.

I really hope you learn to go through the world with a more polite and friendly attitude and to appreciate extra services and favors that people do for you instead of being ungrateful.

Report response as inappropriateThank you. We appreciate your input.
This response is the subjective opinion of the management representative and not of TripAdvisor LLC
EjMi87
Germany
81
Reviewed 4 June 2016
comfortable, creative and cost-effective

We stayed two nights in Casa Al Sur. It was very comfortable and the location was nice too. I really like the effort they had put into the creative interior of an already beautiful old Spanish house. The staff were two guys, probably from US, and were absolutely friendly and helpful. It is very cost-effective too, especially for youngsters and couples. High recommendation for students, young tourists and couples.

Thank you very much for your review! We are happy that you enjoyed your stay with us!

Report response as inappropriateThank you. We appreciate your input.
This response is the subjective opinion of the management representative and not of TripAdvisor LLC
Justin P
46
Reviewed 24 May 2016
Tired but loved

I stay two nights at this hostel and was very happy with my overall experience. It wasn't full of American 20 somethings trying to re-enact EuroTrip. It was quiet, located on a side street with the right amount of charm and, a very accommodating staff. The building and facilities were tired and run down but everything was very clean and well kept. Considering what you are paying, I didn't have a lot of complaints. The only criticisms outside of typical hostel woes are that the mattresses and pillows could be more comfortable and someone needs to fix the shower door on the third floor. It leaks on to the matt. Otherwise I would recommend Casa Al Sur to just about anyone looking for a solid hostel.

This review is the subjective opinion of a Tripadvisor member and not of TripAdvisor LLC.
D0nald313
London, United Kingdom
1914
Reviewed 28 March 2016
Very pleasant stay...

Well kept place with love for detail of little fountain indoors and a romantic terrace. Everything is clean and in order in the kitchen. Beds are fine.

Negative: Breakfast should be included for the price.

This review is the subjective opinion of a Tripadvisor member and not of TripAdvisor LLC.
FiftyDamn
Quebec City, Canada
2713
Reviewed 26 March 2016 via mobile
Really nice

We recommend this accomodation to everyone who likes to wake up with the sun and enjoy breakfast on the roof with a wonderful view if the city. It is not in he heart of town but cheap enough to enjoy walking a few minutes more. Staff is great by the way.