US$76
View deal
Free cancellation until 27/10/21
PricelineUS$98
Expedia.comUS$98
eDreamsUS$98
View all 14 deals
Prices are provided by our partners, and reflect nightly room rates, including all taxes and fees known to our partners. Please see our partners for more details.
Payments made by partners impact the order of prices displayed. Room types may vary.
deeptisawal
Birmingham, United Kingdom
178

Came on a groupon deal so I didn't expect much for what I was paying, however I was very surprised! The hotel is in a decent location, very close to metro stations and doesn't take long to go to the main attractions. The service was great, staff so friendly and helpful. Rooms were very clean, although not so spacious but still good enough! Breakfast was so good and the rooftop swimming pool was a bonus.

Trip type: Travelled with friends
See all 385 reviews
Payments made by partners impact the order of prices displayed. Room types may vary.
Nearby Hotels 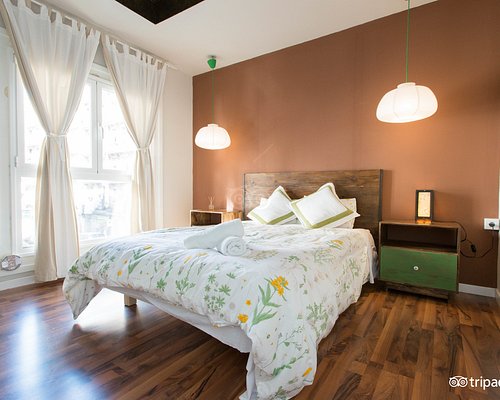 eDreams
View deal
Booking.com
US$94
FindHotel
US$90
Priceline
US$94
View all 13 deals from US$90
39 reviews
We compared the lowest prices from 13 websites 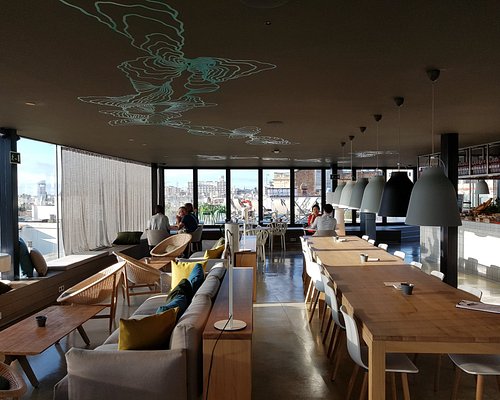 Taking safety measures
We compared the lowest prices from 15 websites
Hotel Jazz
US$232
Booking.com
View deal
Free cancellation
Hotels.com
US$211
Agoda.com
US$132
Priceline
US$204
View all 17 deals from US$132
5,383 reviews
1.0 miles from Sunotel Junior

Taking safety measures
We compared the lowest prices from 17 websites
H10 Madison
US$244
Booking.com
View deal
Free cancellation
Reserve now, pay at stay
Expedia.com
US$244
Agoda.com
US$187
Hotels.com
US$244
View all 19 deals from US$187
804 reviews
1.5 miles from Sunotel Junior

Before i went i read loads of bad reviews about this hotel but i really did not see what the problem was. For what you pay we did not expect an amazing hotel and the pictures show what room you will be getting. We stayed here for 3 nights & reception let us keep our room on the third day for a small fee as our flight was not until 9pm. It is only a 5 minute walk from a metro which goes straight to all the main sites such as Sagrada Familia & Nou Camp. The pool area was small but it was never really that busy so you can usually always get a sunbed & it was perfect after a long day of walking around the city to relax by it. Shower was quite big too and always had warm water & breakfast had a wide selection from pastries to eggs & sausages. The only issue we had was very noisy girls in the room next door. We had 2 phone reception one night at 3am to ask them to be quiet & 2 nights later we went to their door ourselves at 5am because they were shouting! Recepetion staff were also helpful in answering any questions you might have.

This review is the subjective opinion of a Tripadvisor member and not of TripAdvisor LLC.
martaa404
Riga, Latvia
128
Reviewed 15 August 2016 via mobile
Lovely hotel

Hotel is extremely nice! We checked-in 13th of August very early, so room wasn't ready. We asked for closed bicycle rental, the reception staff said that it is quiet far away, so they suggest to take a bikes from hotel free of charge. That was really nice! Rooms was unbelievable clean, in the bathroom was hairdryer! Beds comfortable and we had amazing sleep! Breakfast is just perfect, staff extremely nice and the pool upstairs was amazing!
Thank You all for nice stay!!!

This review is the subjective opinion of a Tripadvisor member and not of TripAdvisor LLC.
pauline941
England, United Kingdom
21
Reviewed 4 August 2016 via mobile
Sunotel Junior Barcelona

Our stay was very pleasant. Breakfast was buffet style and very good. Although our room was small it was comfortable and clean. Staff were friendly and helpful. The hotel is in close proximity to all the main attractions of Barcelona and locally there are cafés and bars. I would definitely recommend the Sunotel Junior as very good value for money.

This review is the subjective opinion of a Tripadvisor member and not of TripAdvisor LLC.
HarpendenWendy
harpenden
63
Reviewed 31 July 2016
6 day adventure!

Nice Hotel for the money. Good breakfast, helpful staff. Good location. Couple of mins, not 10 from metro. The disappointment for me was the a/c which is operated from reception and in July just wasnt cool enough for me! Swimming pool and hot tub a real bonus for a two star hotel

This review is the subjective opinion of a Tripadvisor member and not of TripAdvisor LLC.
ellie9511
London, United Kingdom
115
Reviewed 20 July 2016
Staff failed to respond to problems

Our stay at this hotel would have been fine had it not been for an issue with the toilet, which broke. We called reception who said they would have it fixed the following morning. We were not offered an alternative room and had to travel down 5 levels to use the toilet. The following morning, no-one came to fix it, so we reminded staff again. When we returned to the hotel that evening, the toilet had been flushed but was still broken, and we once again had to use the toilet on floor -1 (our room was on the 4th floor), which was predictably was inconvenient in the middle of the night.

Later we told reception of this problem. They offered us a 10% discount off the two nights in which we didn't have a toilet. Naturally we were not thrilled as we had paid €140 for these two nights, and could have stayed in a hostel for €30 had we not been concerned about having a private toilet. Later I sent this information in an email to the hotel and was ignored.

It was a shame as otherwise our stay was quite pleasant, and the staff were always approachable yet slow to address our problems. We felt that no-one cared about the quality of our stay. We would not stay here again and would strongly encourage others not to do so.

IN SUMMARY: toilet was broken for 2 nights, staff did not respond to our concerns & I was ignored when I tried to take this up with hotel management.