A great base in a lovely city - Review of Girona RiverSide 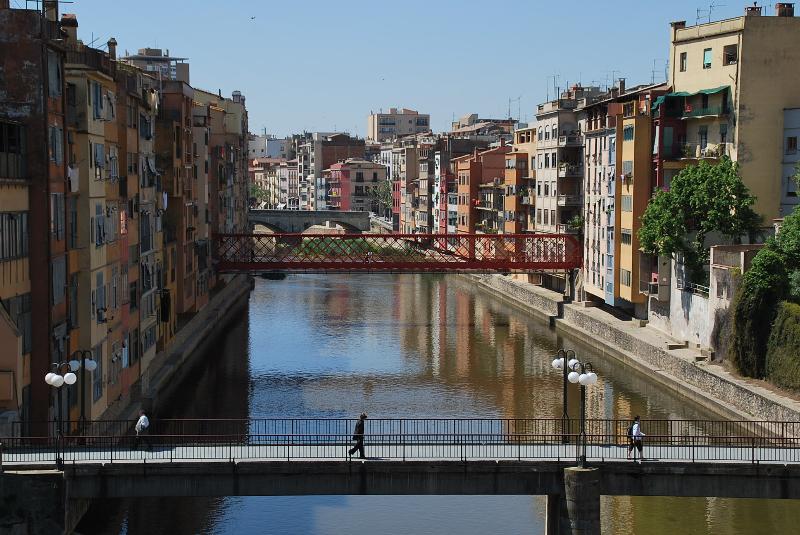 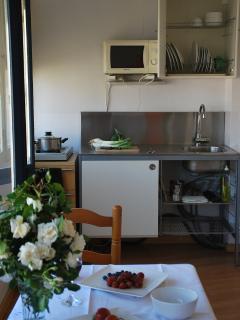 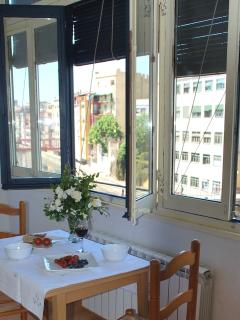 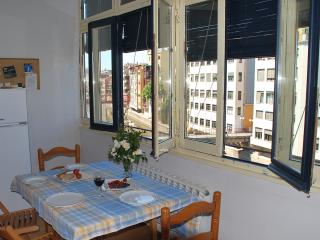 Very good - based on 20 reviews
Write a Review

This is a great apartment in a wonderful location in a lovely city. It is in the centre of the old city (and all the activity) and looks out over the river. It is an historical building and accordingly somewhat constrained in that the stairs to the apartments are both steep and winding. You very quickly get used to checking you have not forgotten anything before going out. Despite its great location, if mobility is a problem, this may not be for you. One other slight reservation, the shower could be a bit tight for a big person.
That said it is a bright airy comfortable apartment and very quiet. It was a great pleasure to look out over the river with its ducks etc.
The apartment is well if simply furnished. David, the landlord, lives in the apartment immediately below and was extremely helpful and efficient in making the booking and in all our subsequent dealings. It has its own computer and free wi-fi which are a great convenience. Also has a nice JVC sound centre with i-pod docking.
There are many good restaurants in the locality. Immediately adjacent the bar La Terra serves nice salads/hamburgers/quiches and is very convenient for a glass of cava/wine/beer (nice staff). I would be inclined to skip those in the Ramblas as I got the impression that in general they are not great quality and probably overpriced by local standards. There are many good choices on Placa Independencia and Santa Clara about 10 minutes away across the river.
All in all I would return very happily to both Girona and this apartment

Date of stay: September 2013
Liked best: Location
Liked least: Stairs
Travelling group: Spouse/Partner
Would you recommend this hotel to a friend?   Yes.
Recommended for:
Was this review helpful? Yes
This review is the subjective opinion of a Tripadvisor member and not of TripAdvisor LLC.
Problem with this review? Thank you. We appreciate your input.

We stayed a week in Riverside A and has a great time - the apartment is small but well designed with a great "sun" room offering views across the river. The apartment is comfortably furnished, although the kitchen is a little limited. If you are happy to either eat out most of the time, or to live on salads / sandwiches it is fine though. Having Wi-Fi was a real bonus, and David provides a computer and speakers in the apartment at no additional cost. We plan a return trip maybe at a different time of year - Girona in the winter seems fun.

Date of stay: August 2013
Liked best: View across the river
Liked least: dark stairway
Travelling group: Spouse/Partner
Would you recommend this hotel to a friend?   Yes.
Was this review helpful? Yes
This review is the subjective opinion of a Tripadvisor member and not of TripAdvisor LLC.
Problem with this review? Thank you. We appreciate your input.

A cleverly designed apartment with the enormous advantage of superb views over the river. Plenty of space to watch the action, including the ducks and carp!
This is a great base for exploring the beautiful city with the outside door opening, down 3 flights of stairs, onto a quiet old street.
The owner lives in a flat below and is both helpful and generous in his approach.
Comfortable amenities. A PC and wi-fi are available.
Basic cooking facilities.
This is a place to relax and dream.

Date of stay: August 2013
Liked best: The view
Liked least: The stairs
Travelling group: Spouse/Partner
Your age range 50-64
Would you recommend this hotel to a friend?   Yes.
Was this review helpful? Yes
This review is the subjective opinion of a Tripadvisor member and not of TripAdvisor LLC.
Problem with this review? Thank you. We appreciate your input.

David's place in Girona was great for all kinds of reasons. David was a very responsive host and easy to communicate with when we were making arrangements--and we felt very welcomed to his place. The apartment itself is in the old (and incredibly beautiful) part of town, and it is a fantastic area to explore by foot. The apartment is clean, bright and comfortable, and has a great view out over the river. The beds were comfortable, the bathroom was clean and there was plenty of hot water. To get to the apartment involves going up a narrow staircase. It was not an issue for us, but for someone with alot of luggage, or mobility problems, it might be challenging. All in all, we loved this place and would highly recommend it.

Date of stay: April 2013
Liked best: the view over the river, and easy access to the old city
Travelling group: Spouse/Partner
Would you recommend this hotel to a friend?   Yes.
Recommended for:
Was this review helpful? Yes
This review is the subjective opinion of a Tripadvisor member and not of TripAdvisor LLC.
Problem with this review? Thank you. We appreciate your input.

Right in the centre of Girona's old town with perfect access to the main sights. The apartment is small but cleverly designed to make best use of the space. Bonuses are free internet access and the terrace kitchen/dining area with views along the river . David, the owner, lives below.

The entrance stairway is narrrow and steep - part of the charm of living in a historic location but probably not advisable for anyone with limited mobility.

Date of stay: January 2012
Liked best: The views from the dining table.
Liked least: The stairs.
Travelling group: With Spouse/Partner
Would you recommend this hotel to a friend?   Yes.
Was this review helpful? Yes
This review is the subjective opinion of a Tripadvisor member and not of TripAdvisor LLC.
Problem with this review? Thank you. We appreciate your input.

Lovely apartment with fantastic views across the river.David the owner, who stays in the apartment below was very friendly and helpful.We stayed for 11nights but could have stayed longer.Excellent apartment in a great location.

Date of stay: September 2011
Liked best: Location
Liked least: Nothing
Travelling group: With Spouse/Partner
Would you recommend this hotel to a friend?   Yes.
Recommended for:
Was this review helpful? Yes
This review is the subjective opinion of a Tripadvisor member and not of TripAdvisor LLC.
Problem with this review? Thank you. We appreciate your input.

5 helpful votes
“Ideally located in the historic centre of Girona, with great views”
Reviewed 7 October 2011 for a stay in May 2011
1
person found this review helpful

Very helpfu linfomation from the owner prior to departure and he was also friendly and genuine.

This accommodation (Gerona Riverside "A") is perfectly set in the historic centre of Girona and has superb views over the river. Although the stairwell and lobby are rather dingy and unpromising, the apartment itself is light and airy. It would be ideal for people without transport as you have all the amenities close to hand (supermarket 5 mins, train and bus station 15 mins on foot, historic sights right on the doorstep.

The bed was comfortable and the linen and apartment in general were clean, though the two-ring cooker could be cleaner. If you are a party of more than two, you should be aware that there is only a flimsy screen between the bedroom and the living quarters (where the bed/settee is situated) and that there is an open doorway (that is, no door) between the two. I hope the owner will improve the quality of cutlery and crockery soon. It should not be difficult to acquire a quartet of cheap but functional glasses, cups and plates etc to replace the random, and sometimes imperfect, selection we found there. Be wary of the shower base - it is rather slippery.

Despite these reservations (most of which could easily be remedied), I have to say that we had a most memorable stay there. You can just sit there overlooking the river watching life pass by across the several bridges you can see. Were it not for the criticisms made, I would have given this place 4 stars. I doubt whether there is a better location anywhere in Girona.

Date of stay: May 2011
Liked best: The location and the view.
Liked least: The poor quality of crockery and cutlery.
Travelling group: With Spouse/Partner
Would you recommend this hotel to a friend?   Yes.
Recommended for:
Was this review helpful? Yes
This review is the subjective opinion of a Tripadvisor member and not of TripAdvisor LLC.
Problem with this review? Thank you. We appreciate your input.
Previous Next
1 2 3 4
Updating list...
Still can't find what you're looking for?

Looking for a place to stay in Girona?
View all 65 holiday rentals