US$110
View deal
Free cancellation until 18/12/21
Hotels.comUS$120
PricelineUS$126
eDreamsUS$114
View all 19 deals
Prices are provided by our partners, and reflect nightly room rates, including all taxes and fees known to our partners. Please see our partners for more details.
Payments made by partners impact the order of prices displayed. Room types may vary.
The L
Brighton and Hove, United Kingdom
118111

Perched on a cliff overlooking the whole bay of Naples, this hotel has the wow factor like few others. The service in the restaurant areas by Gerardo, Alessandro and Francesco is what outstanding hospitality is about, many could learn form these three individuals about how to make a customer feel spacial and valued, they were superb. The rooms are clean and comfortable but do not be missed that your "sea view" will be exactly as described, any room on the 2nd and 1st level will have your view obscured by the block of flats in front (see photos). The restaurant has an incredible view of both the bay of Naples and Vesuvious however for the three nights we stayed, access was limited due to private functions. The food was incredible and cooked to perfection, the chef certainly knows his stuff. A couple of the reception staff should look to their colleagues in the restaurant to lear how to respond to customer feedback in a proactive and positive manner. Wifi is poor in strength and connectivity. Overall our stay was positive but mainly let down by episodes of poor customer serviceMore

Thank You to share with the TripAdvisor Community your important thought about your holidays here in Naples. We will keep on mind your special suggestion, trying everyday to improve ourselfes. Also we will tell our restaurant's collegues yuor mention.

Report response as inappropriateThank you. We appreciate your input.
This response is the subjective opinion of the management representative and not of TripAdvisor LLC
See all 1,754 reviews
Payments made by partners impact the order of prices displayed. Room types may vary.
Nearby Hotels 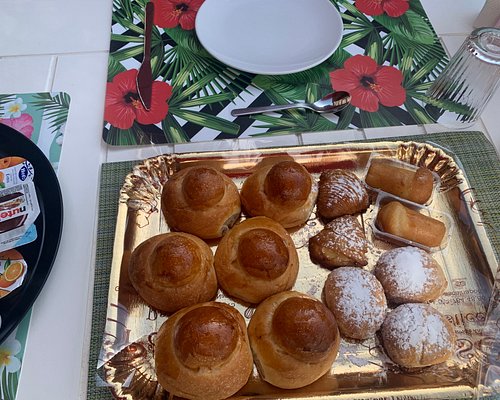 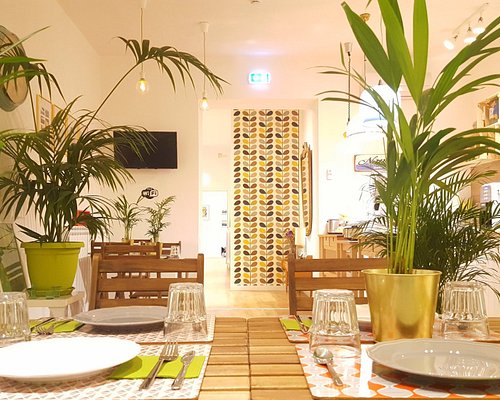 We had one night left in Italy and needed to find a hotel close to the Naples airport. This place was advertised as close. I emailed them to ask about parking as we had a car and also how far from the airport. The email provided is a non-functioning email.
I went ahead and made the reservation online as we were short on time and pictures looked good and reviews were decent. They had a hotel restaurant so figured it was a safe bet, it's just one night.
*read my review on hotel restaurant...the worst dining experience in all of Italy as well.

We checked in and the lady at the front desk was just average on friendliness. The man working next to her seemed to either have a strong dislike for his job or Americans (maybe both) based off his body language towards me.

Our room was tiny and we referred to it a "bunker" but seemed clean enough (see pic).
After having the worst dining experience in all of Italy at this hotels restaurant, (this hotel and the restaurant provided many "firsts" for us in Italy) we returned to our room to find insanely loud music coming from just outside our window. We laid down and tried to sleep (had to be up at 4:30 AM) but to no avail.

My husband walked down to the front desk to ask and the rude man (a different man than the one upon check in) at the front desk said it was a house party and not coming from their (empty) hotel bar area.
I then called down and asked to switched to another room after we tried to tolerate the music but was not able to sleep. Interesting how he suddenly pretended to not speak English anymore and kept asking, "the music is coming from your room?"
Seriously? Um, no, for the 4th time it's coming from outside our window.
Again, he pretended to not understand though my husband had just spoken to him 10 minutes prior and he had a clear understanding of the problem.
We ended up moving rooms at midnight which was more quiet but not before I discovered that drinks in our mini fridge had been half drunk and put back inside the mini fridge. I tried to relay this to him as well but as he desired, I just gave up because I was tired, frustrated, he wasn't helpful and we had to be up in 4 hrs.

I do NOT recommend this hotel to anyone. It isn't as nice as the pictures indicate the carpet is old and dirty, staff is not friendly or helpful and they had a "I don't care" attitude towards paying customers. I also do not feel it is in a safe place if you wanted to walk around (though there is literally nothing but apartments around the hotel).
Also, don't expect to have the amazing views they boast about from their hotel restaurant as they will not allow you to sit outside if there is the least amount of a breeze (which is to be expected when on top of a hill).

Save your time and money and find another place. It is not close to the airport either. At 5AM on a Saturday without any traffic it's at least a 30 min cab ride and much longer if driving yourself.

On behalf of our entire team, I would like to apologize for not exceeding your expectations. Your satisfaction is important to us and we will be using the feedback you gave us to implement improvements to ensure we offer a better experience for guests in the future.

We are in a period following renovations, soon our hotel and restaurant will offer a very accurate service and better soundprofing of our rooms

We hope that you will consider staying with us again so that we can have another chance to provide you with starting with a riche breakfast and superior experience for dinner.


Hoping to welcome you again soon

Report response as inappropriateThank you. We appreciate your input.
This response is the subjective opinion of the management representative and not of TripAdvisor LLC
colmac_1
Cradley Heath, United Kingdom
8876
Reviewed 15 September 2019
Nice Hotel ,

Just returned from staying two nights at Hotel Paradiso as part of an Italy tour, nice hotel with a great view of Naples and Versuvius.
we had a room facing the back , would have liked a sea view, breakfast was okay nothing special, the bar area had lovely views but needed attention to the cleanliness, also I think they are missing a trick in not offering snack food .
you need the little railway to get down to the sea front , but that is quite interesting to take and easy to use so dont be put off.

thank you to spend your time to share here on TripAdvisor your special thought.
Don't hesitate to contact us for your next holidays, we'll provide to give you a better room, with the awesome Naples' bay.

Report response as inappropriateThank you. We appreciate your input.
This response is the subjective opinion of the management representative and not of TripAdvisor LLC
Fotun8
Newtownabbey, United Kingdom
6042
Reviewed 15 September 2019 via mobile
Beautiful view across the bay to Vesuvius

My wife and I stayed here for one week. The views if you pay for a superior room are breathtaking. The hotel can arrange taxis to take you to the town a good walk €12 or you can use the local funicular €1.16. Come out of hotel turn right then left up the hill 400 meters or so past the chapel to the station.
The staff at the hotel are all very attentive and the room cleaning is carried out daily

thank you for your special review. We're happy that you appraciated our job and our Bw Signature Collection Hotel.

Also thank you to explain at the TripAdvisor's community the easy way to go around the city.

Hope to see you for your next stay in Naples,

Report response as inappropriateThank you. We appreciate your input.
This response is the subjective opinion of the management representative and not of TripAdvisor LLC
790katia
Naples, Italy
42
Reviewed 13 September 2019
One of the happiest days in my life

I live and work in the USA for a company called Overseas Adventure Travel, but I was born and raised in Napoli, not too far from this beautiful gem the Hotel Paradiso. I was trying to surprise my native Italian family with a birthday party for my soon to be 90 years old dad and I chose the Hotel Paradiso to dine , wine and entertain 40 guests. I can say without a doubt or hesitation today was really one of the happiest days of my entire life. From the ambiance, to the stunning views, from the scrumptious meal to the kindness and attentiveness of the waiting staff I have never ever encountered such excellence and dedication. I would highly recommend the hotel and their restaurant to anyone who wants top service and a bit more than that. A personal touch , a willingness to accommodate special requests no matter how last minutes they are. In particular I would like to express my deepest thanks to the Manager, Mr. Ciro Caruso and the Maitre D , Mr. Salvatore. I have never seen my dad so happy and you were a big part of this successful day!TY TY. Katia Imbriaco Lillis


we are glad to know your event of 90 years of your dad was amazing and fantastic,

Report response as inappropriateThank you. We appreciate your input.
This response is the subjective opinion of the management representative and not of TripAdvisor LLC
haoweic
La Jolla, California
48
Reviewed 13 September 2019
Ants from juice machine!

Ugly and disgusting, ants directly coming out from the juice machine! I have pictures of it and would like to show everyone before you book it.

Also to note is that, floor 1 and 2 doesn't have ocean view, it is blocked by the building in front of the hotel.

We are sorry about the incident, following your complaint of some ants we proceeded immediately, the same morning he informed us.

In reference to the rooms of the 1st and 2nd floor they are sold online without a sea view at the lower price being a different type.

we hope to see you soon at the hotel paradiso

Report response as inappropriateThank you. We appreciate your input.
This response is the subjective opinion of the management representative and not of TripAdvisor LLC
View more reviews
PreviousNext
1…456…