US$56
View deal
Hotels.comUS$73
Expedia.comUS$73
eDreamsUS$74
View all 17 deals
Prices are provided by our partners, and reflect nightly room rates, including all taxes and fees known to our partners. Please see our partners for more details.
Payments made by partners impact the order of prices displayed. Room types may vary.
keithwV1115CJ
42

Well located for all areas of Rome, 5 to 10 minutes from main terminal. Reception staff very polite and helpful. Metro station less than 5 minutes away, although most places of interest are within walking distance.

Trip type: Travelled as a couple
See all 1,153 reviews
Payments made by partners impact the order of prices displayed. Room types may vary.
Nearby Hotels 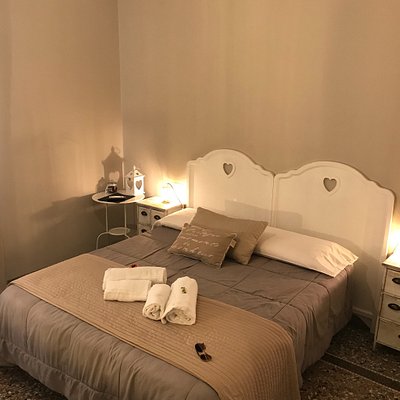 Breakfast included
Sponsored
Tinkerbell Roma Bed&Breakfast
US$168
Booking.com
View deal
Hotels.com
US$168
B&B.it
US$144
Expedia.com
US$168
View all 13 deals from US$144
381 reviews 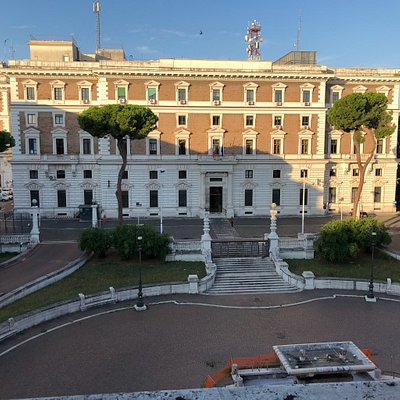 Taking safety measures
We compared the lowest prices from 14 websites
Breakfast included
Amalfi Hotel
US$94
Booking.com
View deal
Free cancellation
Expedia.com
US$98
Agoda.com
US$84
Hotels.com
US$98
View all 17 deals from US$84
1,152 reviews
0.5 miles from Hotel Miami

Great Location!! - next to the Republica metro station and only 10 minutes walk from termini , good breakfast.
the room was small but the room service and the clean service were great .
The air condition and the WiFi were not good enough.

This review is the subjective opinion of a Tripadvisor member and not of TripAdvisor LLC.
GeorgeNO
New Orleans
6224
Reviewed 30 August 2016
Beware of bait and switch - long time customer of this hotel but NEVER AGAIN

I had been staying at the Hotel Miami for more than 18 years, and was a known client to this property. 2 days before arriving I asked if I could cancel my reservation as I was very tired and wished to remain where I was in Italy. They said they had to speak to a manager and I would have to call back. I did call back, and they said "we know you are regular clients of us but you have to honor the reservation or we will charge you one night for the room." I told them not a problem and I would arrive as planned "around 3 PM on my arrival day." As it was I took a later train, and was greeted at the hotel with the notice that "since I was late in arriving so sorry they had given my room away. (I was two hours late). They said they found for me a "sister hotel in the same building -- really no difference." I was obviously angry but since I was tired I agreed. The "sister hotel" was definitely inferior in quality (dusty, beat up decor, old fixtures) but the employees were friendly. The "breakfast" consisted of a basket of rolls that you ate in your room. No dining area in this other replacement hotel. I spoke to the staff at the Miami the next day and told them that after more than 18 years I would never stay at this hotel again or make a reservation or recommend it to someone. They told me that they had "made a mistake, that a room had plumbing issues and they had to give my room away since I was late" All of this because I was 2 hours late. I am sure the Hotel Miami remains a nice property but you don't treat long time clients this way and make up an excuse that "because you were late (again by two hours) we had to give your room away. And I was charged the same rate for the inferior hotel. Beware of this hotel. I would never trust them again. (to be fair I did receive a slight discount at the other hotel as a way of apology.)

This review is the subjective opinion of a Tripadvisor member and not of TripAdvisor LLC.
gmidorovic
Los Angeles, California
31
Reviewed 30 August 2016
Family vacation

It was ok. hotel is nice but need to be more clean ,but stuff love them .
I will go back again in this place .
Everything is close and no need for taxi .
Very quit room, breakfast wow love it .
If you want to relax with family this is place for you.

This review is the subjective opinion of a Tripadvisor member and not of TripAdvisor LLC.
CalFam09
Island of Malta, Malta
2638
Reviewed 26 August 2016
A short stay in Rome

Stayed there for 4 nights. Hotel has very helpful staff and location is good ~ only 5 mins walk from closest metro station and within walking distance to major sites. Breakfast was good and it included cakes, ham, cheese, eggs and bread. Hotel room was clean though in need of refurbishment. Overall it's a good value for money.

This review is the subjective opinion of a Tripadvisor member and not of TripAdvisor LLC.
gpv723
Santa Clarita, California
22
Reviewed 24 August 2016
Good for the Price. Good location and safe!

Very friendly and helpful staff. Not a 5 star hotel but for people on a budget as was I, it was a good deal. Breakfast was super. Make sure you add that on when booking! Air conditioners were good. Walking distance to a few places!

This review is the subjective opinion of a Tripadvisor member and not of TripAdvisor LLC.
View more reviews
PreviousNext
1…272829…