US$178
View deal
Free cancellation until 26/10/21
Hotels.comUS$226
eDreamsUS$215
TravelocityUS$226
View all 19 deals
Prices are provided by our partners, and reflect nightly room rates, including all taxes and fees known to our partners. Please see our partners for more details.
Payments made by partners impact the order of prices displayed. Room types may vary.
davidaZ729DF
Aberdeenshire, United Kingdom
2929

We stayed at the hotel for 3 days while waiting to join a cruise. An ideal place to tour the city. The rooms were of a fair size and most of the staff friendly. However it is looking tired with the carpet in our room shredded at the bathroom door and elsewhere and the woodwork needs attention.
But it is the breakfast that really lowered the score as the staff could not handle the numbers involved. A lack of tea cups led to us being curtly told to use a glass for tea. When cups eventually arrived there was still lipstick on the rim.

Trip type: Travelled as a couple
See all 1,221 reviews
Payments made by partners impact the order of prices displayed. Room types may vary.
Nearby Hotels 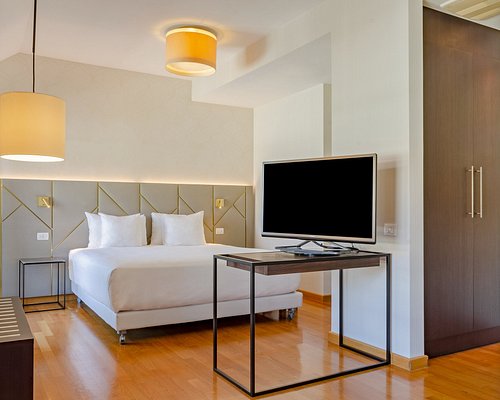 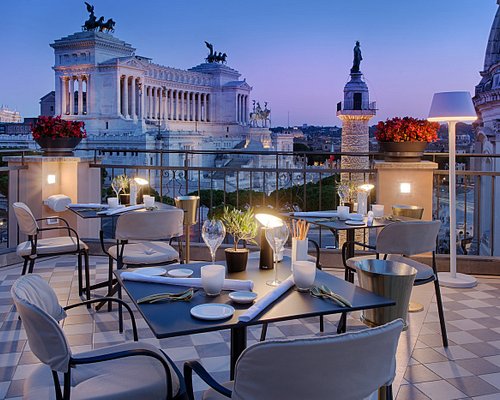 eDreams
View deal
Hotels.com
US$247
FindHotel
US$189
Booking.com
US$247
View all 17 deals from US$189
435 reviews
0.5 miles from Empire Palace Hotel
We compared the lowest prices from 17 websites
Breakfast included
Villa San Lorenzo Maria Hotel
US$263

My husband and I are traveling Italy for 14 days and Rome is our third stop. Staying in all 4 star hotels, this hotel does not even compare. This hotel is mediocre at best. Not the usual 4 star hotel, it deserves 2-3 stars. The hotel is very outdated, which the online pictures do not show. Curtains in the rooms are almost dryrotted, sheets and linens need replacement, blow dryer was made in the 70s and barely works, shower nozzle barely stays put to take a shower, hotel staff is not very friendly; just there to do their job.
Breakfast in the morning looks like canned fruit, warm milk.
Positive- location, spacious room

This review is the subjective opinion of a Tripadvisor member and not of TripAdvisor LLC.
hmacmillan
Edinburgh, United Kingdom
1611
Reviewed 2 September 2018
Extremely disappointing and terrible service

When searching for a hotel in Rome, we had settled on a budget but decided to go slightly over to go to Empire Palace, as my mum (who was with me this time) had stayed there in the past and had a wonderful experience.

It was disappointing from the start. In our room, two bottles from the previous guests were left on the side - one half-filled with wine. We decided not to complain because that's a very easy mistake to make. However, we would have further cause for complaint by the time we were finished!

Our air conditioner stopped working during the first night, leading to disrupted sleep. In the morning, we very politely asked if someone could look at the air conditioning in the room. We were assured that it would be taken care of. When we returned at 10.30pm, no mention was made of the air conditioning and so we assumed it had been had not. No one had thought to inform us - either they didn't bother looking or they didn't bother telling us. We had to ask to change room.

At check-out, however, we received the worst customer service I think I have ever received. Fabio was on the desk and from the beginning, he was rude and supercilious. When asked our room number, my mum said which one, and explained the move. He sneeringly told us it was only one room number. When told about the AC issue, there was no apology. He could barely hide his disgust. There was confusion about the city tax and even when the misunderstanding had been resolved, Fabio continued to be rude and condescending.

We were given our bar drinks for free due to the room change, but no apology and this was done so rudely.

The scrambled eggs at breakfast were cold and the shower in the first bedroom sprayed everywhere because it was stupidly positioned on the wrong wall (?!)

I will say that Luca the porter was charming, as were the waiters in the bar, and it is in a good location.

We spent the entire taxi ride to the journey amazed by the rude treatment we had received. Not a nice farewell to Rome. I would advise staying somewhere where they actually respect the fact you are paying money for a service - and for a decent night's sleep!

This review is the subjective opinion of a Tripadvisor member and not of TripAdvisor LLC.
stardusk11
New York City, New York
2774
Reviewed 30 August 2018 via mobile
Great stay!

Despite the negative reviews of posh people expecting to be treated like loyalty or circumstances beyond the control of hotel/staff don’t think twice and book your stay! Empire hotel is located within walking distance to train stations as well as main attractions away from all the noise of tourists. Sorry people you are in Rome you will need to walk a lot - do not listen to all the whining of people’s reviews. The hotel staff are extremely polite and housekeeping is very attentive. Also, around the corner from the hotel you will find one of the few best restaurants I have ever eaten in Italy. Absolutely fantastic!!! Highly recommended!

This review is the subjective opinion of a Tripadvisor member and not of TripAdvisor LLC.
Vaishali G
London, United Kingdom
32
Reviewed 27 August 2018 via mobile
Fantastic hotel with very good location

We stayed 3 nights in this hotel and loved it. Very comfortable room, polite helpful staff, decent breakfast included in our room rate with fab coffee, welcome drink included in the room rate, 5/7 minutes walk from two metro stations and various buses close by. Also the hotel is 2 minutes walk from a great pizzeria for lunch (persene) and the best gelato in Rome (como Il latte). Only downside as that drinks in the hotel were a bit expensive.

This review is the subjective opinion of a Tripadvisor member and not of TripAdvisor LLC.
Marion P
Coningsby, United Kingdom
32
Reviewed 25 August 2018 via mobile
Break away

Lovely hotel and staff. Continental breakfast was fantastic, so much choice. Very clean hotel. Easy walking distance of the centre. Would definitely stay here again.
So much to see and do in this beautiful city.