US$84
View deal
Expedia.comUS$119
Hotels.comUS$119
getaroom.comUS$99
View all 17 deals
Prices are provided by our partners, and reflect nightly room rates, including all taxes and fees known to our partners. Please see our partners for more details.
Payments made by partners impact the order of prices displayed. Room types may vary.
AsadKhan48
Birmingham, United Kingdom
1414

We had a room facing the station but also a view of the Duomo. Simple room where everything worked. Breakfast was simple but effective and I love the woman who single handedly sorted everything out for brekky running around. Very short walk to station approx 5 mins and about a 15 min walk to the central Duomo.

See all 447 reviews
Payments made by partners impact the order of prices displayed. Room types may vary.
Nearby Hotels

Sponsored
Locanda dei Poeti
US$111
Booking.com
View deal
Free cancellation
Expedia.com
US$115
Trip.com
US$91
Priceline
US$124
View all 14 deals from US$91
753 reviews
We compared the lowest prices from 14 websites 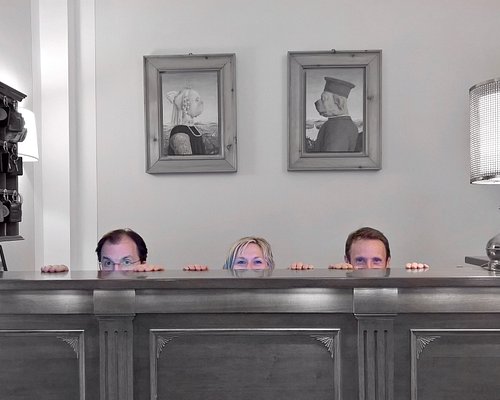 the hotel is very clean and modern the room was a decent size. the hotel is located close to the train station close to shops bars and restaurants the wifi wasnt the best the staff are nice but didnt speak unless we did which was a shame. all in all i would stay again modern clean hotel in a great location.

This review is the subjective opinion of a Tripadvisor member and not of TripAdvisor LLC.
887kevinj
Bristol, United Kingdom
3135
Reviewed 15 August 2017 via mobile
Nice modern hotel with good location

Cons:
No iron available in the hotel (had to use maid service)
No bar available on the roof terrace (but lovely view)

We did not use the spa so can’t comment.

We enjoyed our stay and would use the MH again next time we are in Florence.

This review is the subjective opinion of a Tripadvisor member and not of TripAdvisor LLC.
laura_barlow89
Stoke-on-Trent, United Kingdom
811
Reviewed 9 August 2017
Loved our stay!

We stayed in September 2016 as part of our honeymoon tour of Italy. The hotel is very modern and the room was amazing. We took advantage of the spa options of the hotel which was fantastic. Good choice for breakfast. Short walk to the train station and restaurants which was perfect for us!

This review is the subjective opinion of a Tripadvisor member and not of TripAdvisor LLC.
kater789
199
Reviewed 8 August 2017 via mobile
Great value

This is a nice clean hotel with good WiFi and great breakfast. The staff were friendly making it an enjoyable stay. The location by the train station was extremely helpful if traveling by train or bus and made everything within a walking distance.

This review is the subjective opinion of a Tripadvisor member and not of TripAdvisor LLC.
eliseclarkson
Durham, United Kingdom
2833
Reviewed 7 August 2017 via mobile
Good but few areas to improve

We stayed here for 4 nights towards the end of July / beginning of August. The entrance is extremely welcoming and modern and the air conditioning is amazing to walk into after walking around the heat in Florence (it was 39 degrees most of our stay) so this was ideal. Check-in was easy and it's only a short walk from the train station but there are some roadworks going on at the moment which make the walk a tad longer but not by much. They have a few leaflets in reception for excursions which you can book via the hotel concierge which is great. We booked the Chianti vineyard dinner and I would recommend this to ANYONE staying in Florence. Absolutely amazing.

The room was spacious and well air conditioned and very modern. All the light controls and air con settings are touch sensitive rather than a switch which we thought was quite a nice touch for a hotel. The bathroom was also spacious and clean with a bidet, toilet, large basin and walk-in shower with a normal shower head and a waterfall one. Our room (208) had a small balcony but was overlooking the roadworks so we didn't really use it and there's also a shutter on the door to this to shut out the sunlight on a morning.

The breakfast was repetitive but nice and plenty of options available for different tastes.

Can't comment on the spa because didn't get chance to get there.

Overall our stay was great but we do have a few comments of constructive criticism :
• the shower settings are really inaccurate, we struggled to get a decent temperature. It was either piping hot, lukewarm or freezing cold and they would change even if you didn't adjust the temperature settings
• there was a strong odour each time we entered the room, unsure what it was, maybe garlic? We mentioned it to the maid who was still in our room one day and she sprayed air freshener but the smell was still there the next day
• spa is only open 16:30 to 20:30 which is quite short so we struggled to find time to go
• we saw front desk staff sitting on Facebook on the computer one day when we were in the lobby - not very professional
• the television is quite small in the room but they have placed a large piece of glass over the top to give the illusion it is bigger but it actually makes the television picture blurry
• one of the options on the main screen of the television was for "red tube" we did not think this was appropriate in a hotel that allows children as it is so easily accessible
• roadworks over the road start at 7AM every weekday and are directly outside the hotel so if you're a light sleeper, stay elsewhere as they are in the process of building new tram lines (obviously not the fault of the hotel)

This review is the subjective opinion of a Tripadvisor member and not of TripAdvisor LLC.
View more reviews
PreviousNext
1…151617…